Articles
The Voice
Change Your Genes—Epigenetics in Action 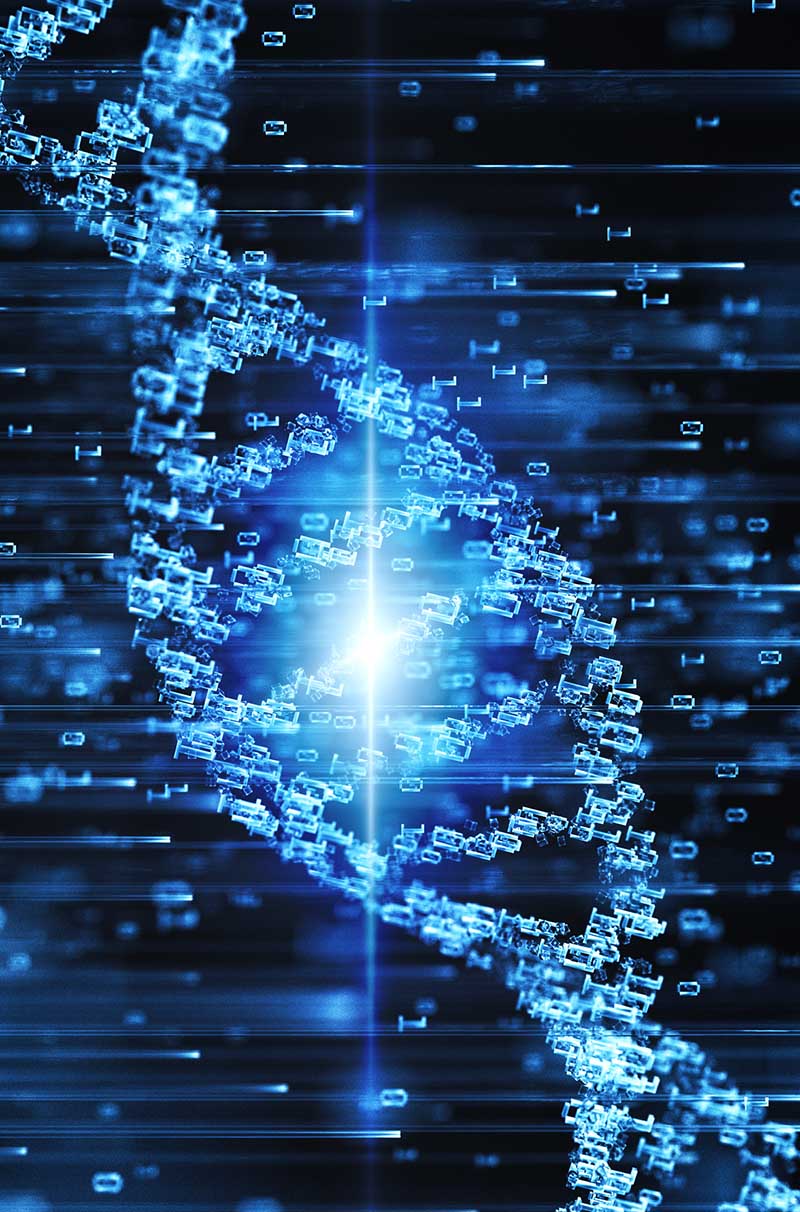 In elementary school I was taught that we are stuck with the genes we are born with.  Since that time, science breakthroughs indicate that my elementary school science teachers may have been wrong and that we have more control over our genes then we were led to believe.

This new branch of genetics is called “epigenetics,” and this field of study investigates the expression of genes and how external factors turn genes on and off.  Before we dive deeper into epigenetics, it is important to understand that genes are expressive.  That means some are active while others are inactive.  When certain genes “turn on” or “turn off”, your DNA stays the same even though changes occur, but those changes are largely based on lifestyle factors.

To better understand the importance of this new branch, we will expore it through a “Nurture-Nature” lens by touching on the power of genes, the power of environment, the complexities of the implications, and what the best-case scenarios are when it comes to your health.

The Power of Genes

Every person in the world is 99.99% genetically identical.  It is individual genetics, largely epigenetics that account for many of the differences between us.  While a cell’s DNA serves as an instruction manual, the instruction manual needs to be read, and that is done by epigenetic processes that instruct cells to read specific pages of the manual at certain times.  Single genes can and do determine complex features of entire organisms.  A single gene determines sex in mammals, or it can determine the pattern of coloring of an entire animal, while a mutation in a single gene can cause a disease that is inherited.

The Power of Environment

The power of one’s environment and immediate surroundings is significant, to the point that slight temperature variations impact the likelihood of sex in crocodiles and turtles.  Warmer nests produce more males in crocodiles, but more females in turtles.  In reptiles this temperature-triggered switch of sex is set out by evolution, but the switch occurs on an epigenetic level.  From this information we can conclude that evolution and DNA are dominant factors.  The precedent that this conclusion sets is that genes can be modified under certain conditions, with humans having roughly 20,500 such genes.

The power of epigenetics is best observed with identical twins.  Since identical twins share the same DNA, this makes them perfect test subjects as scientists explore how genes and the environment contribute to certain traits, behaviors and diseases.  Twins share the same environments, their ‘epigenes’ are very similar at birth and through the early years of life.  As the twins age, their environments and lifestyles make them different.  That means that one of the twins might develop certain health conditions while the other twin maintains excellent health.  However, when one or both twins develop a disease, researchers can investigate the connections to the environments that are different or similar.

The Complexities of These Implications

While nature plays a significant role in epigenetics, so does nurturing.  One’s upbringing impacts what genes “turn on” and “turn off.” In 2004, McGill University’s Department of Pharmacology and Therapeutics published their findings on an epigenetic study involving rats in the Nature Neuroscience journal.  The findings indicated that licking, grooming, nursing methods, and overall interactions that mother rats had with their pups can affect the long-term behavior of their offspring.

When it comes to human characteristics, all of them are influenced to some extent by genetics.  The study of epigenetics also indicates that genetics can be influenced by external factors, and it naturally leads to the exploration of individual differences ranging from psychological makeup and cognitive factors to physical development.  Epigenetic changes can help explain increased vulnerability to certain forms of mental illness, including conditions such as depression and post-traumatic stress disorder.  From the good all the way to the bad, all these experiences seem to be transferable from one generation to the next.

Dr. Rudolph Tanzi is a professor of neurology at Harvard University Medical School.  He co-authored a book on genetics titled “Super Genes: Unlock the Astonishing Power of Your DNA for Optimum Health and Well-Being.” In this book Dr. Tanzi states that 95% of genes can be influenced by diet, behavior, and other environmental conditions.  A positive lifestyle alone changes 4000 to 5000 different gene activities, and the lived experiences of generations before us can be inherited.  And we can continue to pass them to generations after us.  So if some event affects you at an epigenetic level, that effect can be transferred through your genes to children you have later.

The most exciting thing about epigenetics is that the we now know that the way our genes impact who we are and who we become is a fluid process.  When it comes to our body, it is dynamic and constantly changing, and the best-case scenario derives from a mind-body-heart philosophy.  That means the actions we take directly impact which genes are activated and which become or stay dormant.  Now that we know that these processes can be “turned on” or “turned off” by environmental factors such as stress, diet, aging, and pollutants, it is time we started trying to better understand ourselves.

Primal Numbers – The Science of Slacking