On the eve of Independence Day for our neighbours in North America’s lower level, we engage in our favourite hobby (after bitching about the weather):  watching the Americans.

Can’t trump this.  Writer Bill Pollett imagines a city like no other.  “In my city, the statues in the square commemorate the heroism of clowns and kindergarten teachers. The pigeons enjoy them just the same.”   Lost and Found — What it’s like in my city, April 21, 2004.

Wait, was that a compliment?  Former AUSU council president Debbie Jabbour waxes eloquent about one-time jailbird Martha Stewart.  “They have called her a perfectionist who is demanding, intolerant, and ready to stomp on the weaknesses of others. Donald Trump, among many others, has pointed out that there is a double standard at play here, since these same traits would be admired in a man.”   From My Perspective — Martha Stewart, March 9, 2005. 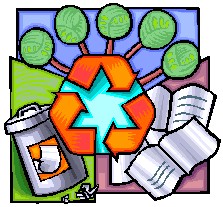 What’s In That Garbage Can? A trip to Regina’s landfill is Worth a Second Look.