Columns
The Voice
Homemade is Better—Camp Like a Champ II 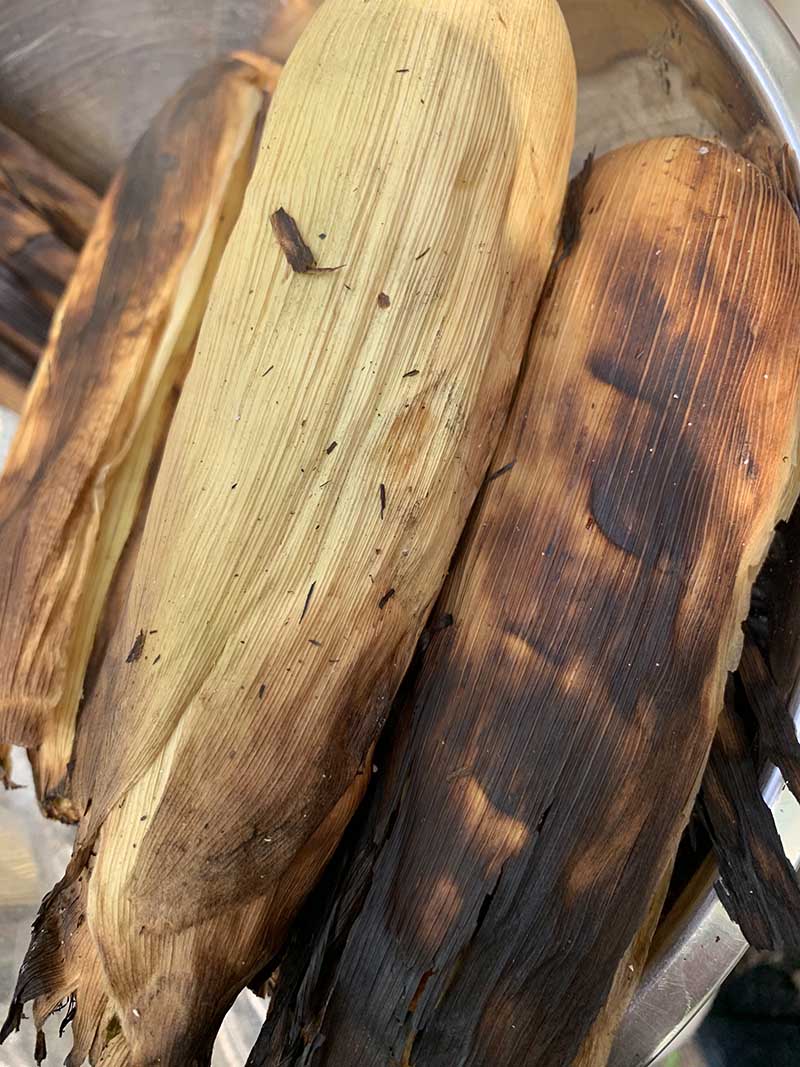 We recently camped with some friends near Smoky Lake, and when it came time to make dinner, we had realized none of us had a pot large enough to boil the corn for our crew.  Enter ingenuity!  We had just roasted our potatoes in the coals and I realized I should just put the corn over the firepit. So, we built up the fire a little bit more to replenish the coals, placed the corn (with the husk still on) over the firepit and rotated them a few times.  After about 20 minutes it was done.

I was curious if this method was ever popular in the past and found that corn is thought to have been domesticated for about 10,000 years in Mexico.  It comes in six varieties: Popcorn, sweet corn, dent corn, flint corn, pod corn, and flour corn.

And I found that, in the early 19th century, retailers called “Hot Corn Girls” used to sell it on the streets of NYC in what is possibly the precursor to the hot dog stand.  The corn we eat is a tiny fraction of the total corn grown in the world, and we eat immature corn.  That’s why we must cook it: it is unpalatable otherwise.  When I cook corn still in its husk, I am using the natural moisture in the kernels and husk to steam it.  This same principle can be transferred to a grill, oven, or smoker.

Another interesting fact about corn is that it can lose up to 25% of its sweetness within 24 hours of harvesting.  I found this interesting because we generally buy corn from a grocery store, and I would hazard to guess to say it was likely not harvested that week.  No matter if you eat corn or not, it is an ancient food of North America.  I enjoy it with a bit of butter and some salt, but I’ve also seen recipes that call for a bit of sugar or seasoning salt.  If you want to make it slightly spicy, add a dash of chilli powder and table salt, then sprinkle it on your corn.

Firepit Corn on the Cob 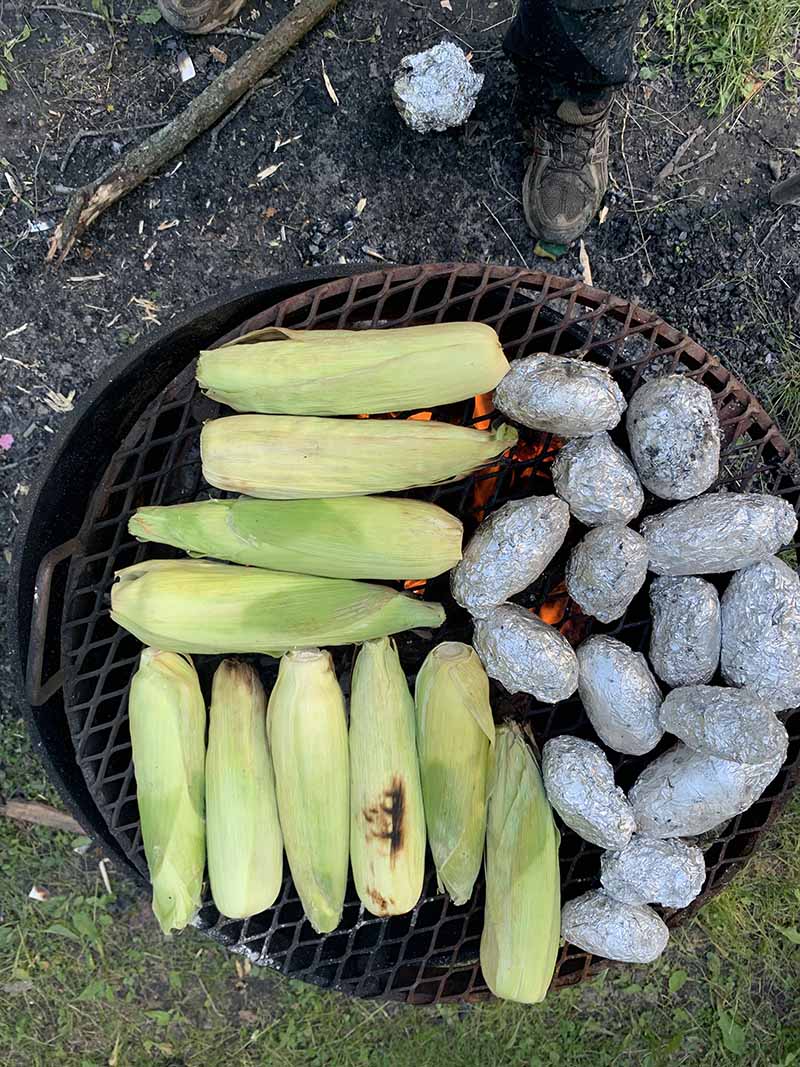 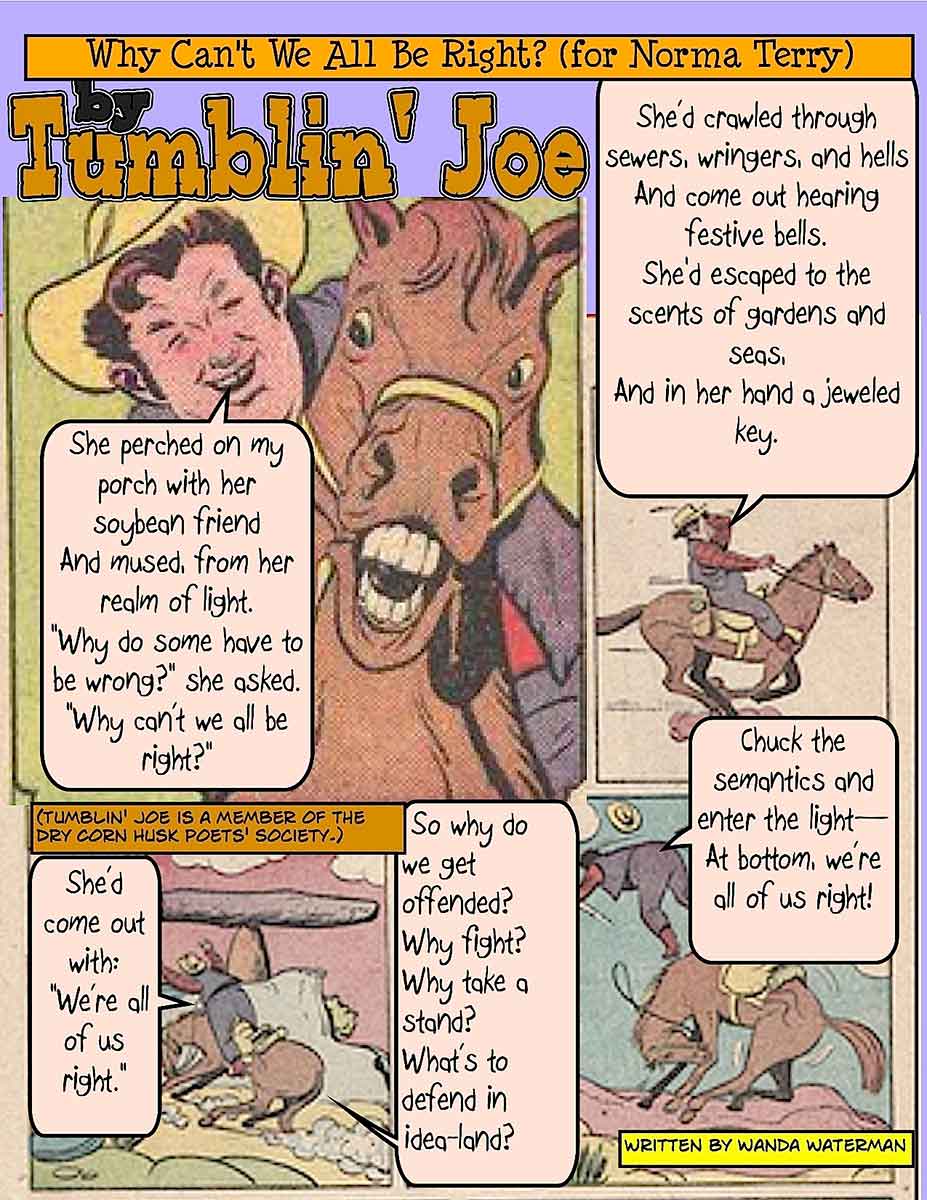