Columns
The Voice
The Creative Spark—Will you Fall? Cliff-hangers in Fiction 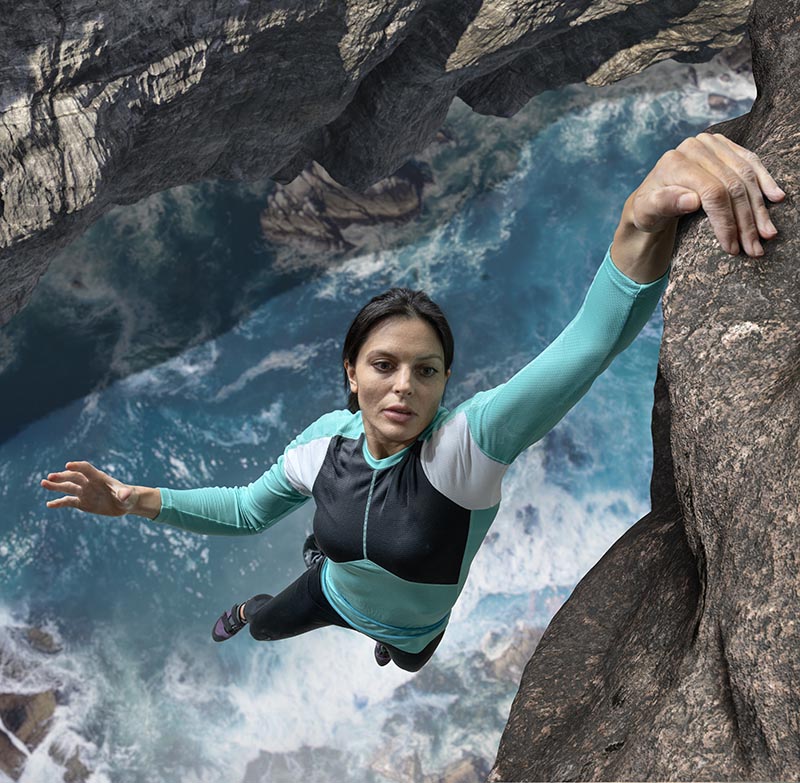 You’re a world class mountain climber scaling the world’s scariest cliff without ropes.  And you fall.  Now what?  Well, I’ll go do the dishes and then let you know.

That’s an example of a cliff-hanger.  They end a scene at the peak of action, and you’ll need to turn the page to see what happens next.  Life is filled with cliff-hangers.  Let’s see how they apply to fiction and to you.

Reach for a tense ending.

If you came into this life and everything went rosy, then you missed the purpose of life; you come to this existence to learn lessons.  Growth is the human motto.

But, to grow, you must struggle.  In fiction, readers dislike when your hero has no obstacles.  “Don’t end a scene with everything resolved, good, and well.  Instead, make the reader tense about what happens next” (Hall, 2016, 50%).  The best stories come heaped with struggles.

Deep down, all of us respect the person who achieves a goal despite unbearable hardships.  If you’ve got the world working against you, and you still strive for your degree, you’ve got the makings of a hero.

Grip them with a scene goal at the start.

Your goals make you so much more exciting.  And your goal doesn’t have to be a PhD.  A goal of finishing a first-year course when you have dyslexia or children or a full-time job is heroic.  Even a goal of finishing a single course when you live with your folks is noble.  Boost your goal to a graduate degree, and you’ve got an inspirational autobiography.  And yes, I’d love to read your story!

Goals make you fascinating, whether in real life or fiction: “you choose a scene goal.  By stating this goal at the beginning of the scene, you placed the reader in suspense about ‘Will the [point of view character] achieve the goal?’” (Hall, 2016, 50%).  But make sure it’s a moral and healthy goal.  If it’s not a positive goal, it will drag you under.

So, will you achieve your goal?  I say yes, but—

A yes ending makes it too easy.

In fiction, you never want your character to achieve her goal and have nothing left to fight for (except maybe at the end of the book).

Instead, your character should grow further entangled in struggles.  Don’t just open a scene with the question, “Will the hero achieve his goal?” Rayne Hall (2016) says,  “The end of the scene should answer this question – but preferably not with a straight ‘yes’ because that would end the tension” (51%).

Rayne Hall (2016) continues, “A much better scene ending is ‘Yes, the [point-of-view character] achieves the goal, but…  a new complication has arisen, and she must deal with it.’ Another good one is ‘She achieved only part of her goal, and to get the rest, she has to do something dangerous.’ Sometimes you can even end a scene like this: ‘No, she did not achieve her goal, and her situation has become worse than before.’” (51%).

If life has you facing struggle after struggle, take comfort.  We all experience rollercoasters.  But it’s cause to celebrate.  Those rollercoasters force you to bloom.  In fiction, the dark moment of no return may lead your hero to greater wisdom, deeper spirituality, or healthier living.  Now that’s a struggle worth living.

Will you fall?  Cliff-hangers keep us hanging.

According to Rayne Hall, “a scene which ends where the [point of view character] is in acute trouble with no obvious way out (such as dangling from a cliff top, about to fall as soon as her arms’ strength gives out) is called a ‘cliff-hanger’ and it’s a sure way to make the reader turn to the next page.  Even if she decides to take a break and do the dishes” (51%).

When you’ve got more problems than a math textbook, no matter what you do, you will learn lessons.  In my opinion, it’s best to respond to crises with a full heart, forgiving nature, and growth mindset.  If you choose a harrowing response instead, you’ll have a mountain of lessons—just to get you back where you started.  Don’t delay your blossoms.

Rayne Hall (2016) says, “Put your [point-of-view character] in a dangerous situation – if not dangling from a cliff, then about to be carved up by the serial killer or devoured by the dragon – describe her situation using the senses.  End the scene there” (51%).

If you, as a writer, end your scene with a cliff-hanger, you’ll likely finish it in the next scene.  You could also head hop to another point of view character to prolong the anticipation, says Rayne Hall (2016).  So, what lessons might you share?

Rayne Hall (2016) says, “The next scene starts where the previous one left off, and shows how your heroine manages to pull herself up the cliff, escape the serial killer, or defeat the dragon.  She may achieve this on her own, or with help from a rescuer” (51%).

So, that’s a cliff-hanger.  Now that I’ve cleaned the dishes, I can tell you what happened after you fell off the cliff.  You got snagged in the branches of tree.  Injured, you scaled the rest of the cliff to achieve a world record.  And filmmakers today pay you thousands to produce your story.

But your greatest victory is yet to come: yes, your convocation.

So, will you achieve your goal?  Time to turn the page.