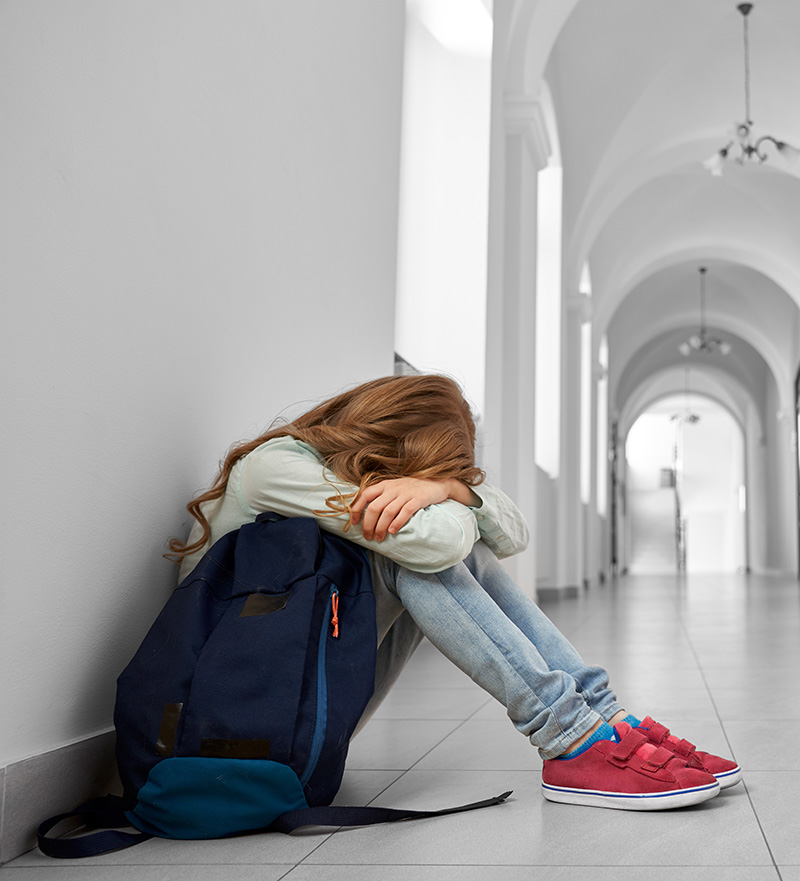 My sister, Mary, and I were incarcerated in Ontario Training Schools for Girls, at 12 and 13 years old.  Training schools are better known as reform schools.  At that time, all I knew about reform school was what I had seen in movies and on television shows.  Reform schools were portrayed as a place where girls and boys are sent to be punished for bad behaviour.  The truant officer had warned us that this is where we would end up if we didn’t go to school, but we never believed it would actually happen.  I thought people got sent to training school only if they had committed a crime. I didn’t realize not going to school was one.  Our parents were mostly concerned with meeting their own needs, so my sister and I were left to our own devices, and, as you can imagine, attending school wasn’t part of our agenda.

Following my parent’s unemotional testimony in Family Court, Mary and I hugged them both and said a tearful goodbye.  We were taken away by a court official to a waiting car containing two middle-aged men.  My stomach began to tighten as I tried to convince the men to stop by our house so we could grab a few things.  My plan was to escape, but one of the men said that wasn’t possible and we were abruptly on our way to Galt Reception Center, in the community of Cambridge, Ontario.   We were scared—unaware of what was ahead for us.  For the most part, the men ignored us while chit chatting with each other throughout the long drive.

My experience in Galt Training School and, later, Kawartha Lakes School in Lindsay, Ontario, was one of the worst experiences of my life.  The atmosphere in the Training School was oppressive, controlling, and regimented.  It seemed the intention was to steal our identity—to remake us into the type of people they felt we should be.  We were treated like criminals; so I began to believe I really must be a bad person.  Over time, I became withdrawn and rarely spoke to anyone, and, since my sister and I were separated, I felt extremely alone.

The school was organized on a point system, points for housekeeping, grooming, and good behaviour.  At the end of the week the four girls with the most points would receive a ribbon.

Bullying was a normal part of life in training school, and punishment was harsh.  If you broke a rule your punishment would be to lose one of the few privileges you had, or having to scrub the gym floor on hands and knees, or the ultimate punishment: being sent to solitary confinement, better known as The Hole.  There was no privacy in training school.  All our personal activities were scrutinized closely by the staff, even having a shower.  It was a humiliating experience to say the least.  All I wanted to do was get out of there.  It made me a totally submissive person; I became the person they wanted me to be.  If that was the only way to get out, that’s what I would do.  However, in the process of becoming who they wanted me to be, I lost my self.

After six months I was released to a foster home.  The foster home was a further continuation of more years of abuse.  I became a broken person, with no self esteem and little hope of finding any happiness in this life, but I continued to search.  I looked for happiness in an early marriage, the birth of my daughter, re-educating myself, but nothing brought me that systemic feeling of happiness.  I believed I had to keep my shameful secret and never let anyone know I had been sent to that place where bad boys and girls go to get fixed.

One day, while I was watching Canadian news program, W5, everything changed.  The commentator began talking about Ontario Training Schools and how children had been unfairly incarcerated and treated like criminals.  My eyes and ears were glued to the TV.  The reporter was interviewing a man who had been sent to Training School as a young boy.  He talked about the shame he felt, the low self esteem, that feeling of being intrinsically bad.  The same feelings I felt and had kept buried all these years.  At the end of the program, a link was shared where more information could be found about an ongoing Class Action Suit for Crown Wards who had been incarcerated between certain years.  I immediately went on the site and found more information.  I filled out the application and, through tear filled eyes, revealed my story in detail for the first time.

Within a week I was contacted and told I was included in the Class Action Suit and I was advised to apply to The Criminal Injuries Board for compensation.  I filled out the extensive application for the Criminal Injuries Board and was granted the maximum award.  It was not a lot of money, but, for me, it was a validation that I had been treated unfairly.  I felt as if I was finally able to breathe in a way that I hadn’t since I was 12 years old, before this nightmare had taken over my life.  I was not a bad person; the people who did this to me were the bad people.  I felt the rebirth of the 12-year-old girl I had lost so many years ago.  Everything looked different, everything felt different; I now looked through the eyes of a woman who was in the process of being healed from a terrible wrongdoing.

I hope telling my story would be beneficial to other women who have been sent to Training school, so they will be able to share their truth and realize this was not their fault and finally begin to live their life.

The class action Suit is expected to go to trial in 2021, and, with a positive outcome, thousands of girls and boys will be vindicated and finally be able to live the rest of their lives with the knowledge that they were not the bad children that the Province of Ontario had convinced them they were so many years ago.