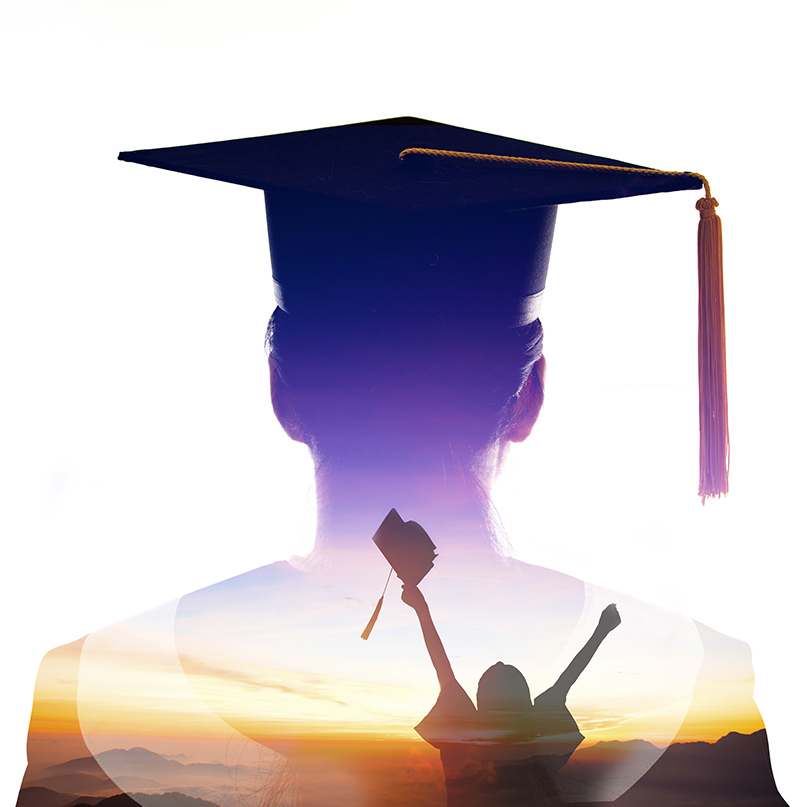 What emotions might you feel on the day you graduate? Elated? Worried? Amused? Relieved? Now, take those emotions and put them in a story.  What might you see on your graduation degree? Your dying grandmother, peering at you with tears, looking like a frail yet beautiful angel? Or would you see your parents fighting—a tad amusing to you—until you burst into laughter and everyone joins in?

There are no limits and no restrictions to what emotions you might feel.  You could feel most anything in the worst or the best of times.

But in stories, there are tricks to make even the most offbeat emotions work.

Let’s explore the role of emotions in stories:

Tip #1: Emotional verbs can make a chocolate cake blissful or dreadful, depending on how you feel.

Author Rayne Hall (2017) says, “When you describe something, use words that evoke emotional connotations.  Focus especially on verbs” (26%).

In other words, use verbs that smack of emotion.

For instance, you could say “rain caressed her teary cheeks as she trudged over to Grandma’s.”  (Sounds like Grandma might be full of caresses, doesn’t it?)

Or you could say, “the sun slapped at the lost kitten’s barren fur.” (This quote hints at abuse the kitten may have suffered.  The subtle verb “slapped” may subconsciously alert the reader to the abuse.  But, no need to worry because the kitten’s new loving owners learn of its past—and take action to heal its wounded soul.  Ah, who doesn’t love a happy ending?)

Rayne Hall (2017) agrees.  She says, “Don’t use in-your-face metaphors for descriptions.  If the [point-of-view] character feels depressed, don’t show heavy clouds in the sky.  If she’s desperate, don’t show starving children in ragged clothes, and if she’s happy, don’t show a field of frolicking lambs.  The effect would be melodramatic.  Although melodrama has its uses in some kinds of fiction, most novels are better without it” (28%).

In other words, don’t say the baby goats at the petting zoo playfully butted heads the day you graduated.  Okay, maybe it’s okay to say that.  It’s got some tension.  But saying that the sunlight beamed with pride would be a no-no.  Despite this, if the sunlight could beam with pride on your grad day, it surely would.

Tip #3: Again, don’t be melodramatic.  Instead, contrast your emotions with opposite scenarios.

According to author Rayne Hall (2017), “For a subtler effect without melodrama, choose weather conditions, landscapes and objects which don’t reflect the emotion – but evoke the mood through your word choices.  Your happy character may see ragged children on a litter-strewn pavement, and you can describe this in a positive way by using words like play, fun, laugh, dance, skip.  An unhappy character may see a garden arch covered in roses, and through her filter of experience it’s a depressing sight if you use words like smother, cling, snake, droop” (29%).

Have you ever watched the hail pound threateningly on your car window?  Did you watch it dance on the window, flashing sparkles of light, as the rain painted the car in silky streaks like full bloom willow trees?  Or did the hail pound on the window, ready to fist its way into a shattered glass, the glass streaming with water like an endless cry?  No two people see an event in the same way, and they might see the same event oppositely.  Look for the best in anyone or anything, and the best is what you’ll find.

Rayne Hall (2017) reveals, “A simile is a comparison.  You describe something by comparing it with something else.  In fiction, you compare something the point-of-view character experiences (sees, hears, smells, touches, feels, senses…) for the first time with something he has experienced previously.  Let’s say the point-of-view character is John, an elderly man with a chequered past.  He visits Mrs. Brown who shows him into her drawing room.  You might use a simile like these: “The drawing room looked and smelled like a brothel, overloaded with burgundy velvet and musky perfumes,” or “The drawing room was as stark and sterile as a prison’s reception room” (32%).

For another example, your hero might describe a leafless tree as follows: “The barren militant tree stood proud at the stares of curious onlookers.”  Might this observation of the tree be from someone who wears her war wounds like badges of honor?

Or your hero might observe a local 7-11 as this: “on the stairwell of the 7-11 hunched a destitute young man who’d glance eagerly from under his ball cap.  He looked just like the Mexicans who’d peek up from under their sombreros and holler, ‘Ola, Amigo!’ before requesting a few pesos.”

Guess what country your hero has visited?  Yes, Mexico.

Rayne Hall suggests, “Well-chosen similes can provide many things at once:

Here are four examples of similes:

Example 1–point-of-view character’s history: The chocolate cake oozed cherry cream.  It looked like his pierced wound did on the day he saved the puppies’ lives.

Example 2–point-of-view character’s historical emotions: The lightning lit up the sky like the sparks flew the day he wed his bride.

Example 3–point-of-view character’s childhood: The butter chicken weighed heavy in his stomach like the dread he felt asking Marylou for his first kiss.

Example 4—world building: The white rays fluttered around him like Queen Shelby’s gown in the great hurricane that took down the monarchy.  (That’s a subtle way of revealing backstory.)

Now you know tricks to infusing your stories with emotions—and with even new worlds.  So, what will you feel and see the day you graduate?  Whatever you feel, I bet it would make a great story.