Articles
The Voice
The Swami Way—Voluntary Control of Involuntary States 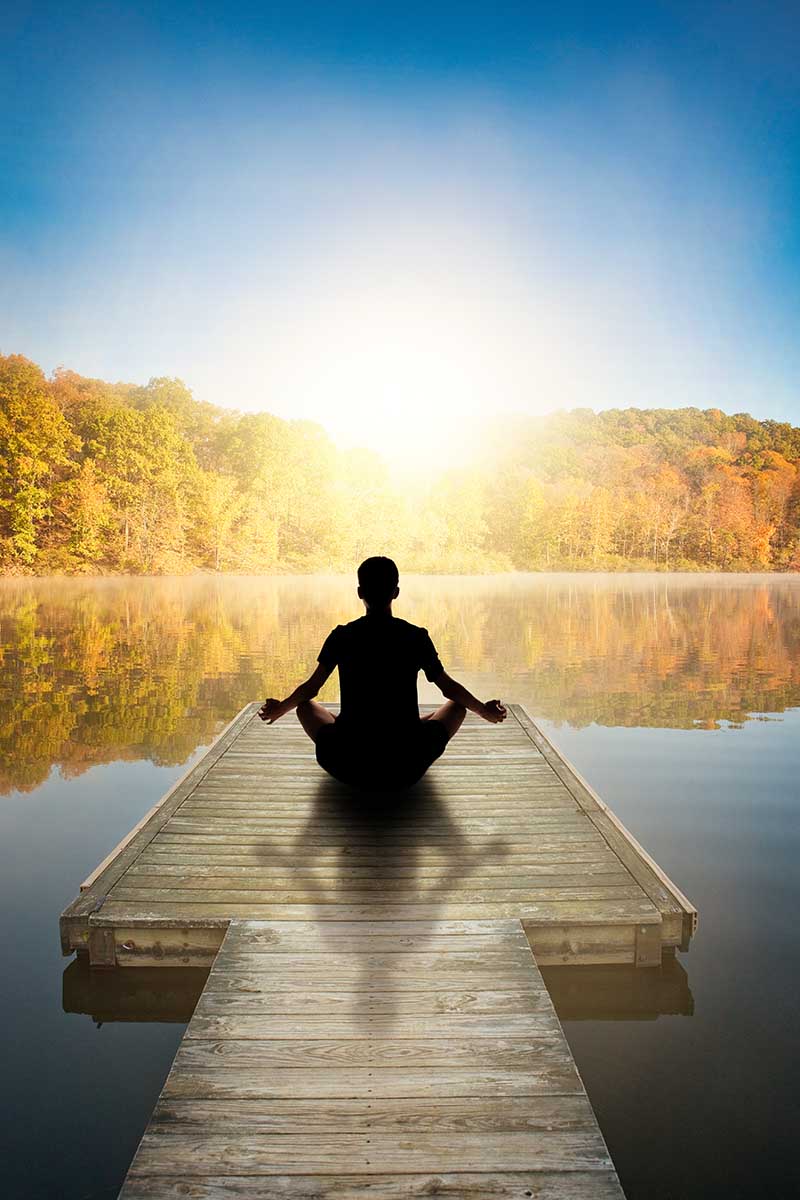 The word Swami is a title that is awarded to masters and spiritual teachers, and the Sanskrit meaning of the word is “he who is one with his self.” In the early 1970’s a famous Yogi by the name of Swami Rama left a group of American scientists speechless as he proceeded to do the impossible.  By controlling his breathing and entering a relaxed state, Swami Rama caused a temperature change of his skin on one palm.  He also managed to raise heart rate, at will, from 70 to 300 beats per minute, and he managed to stop his heartbeat for 17 seconds (Elmer, 1977).  What Swami Rama had managed to do was thought impossible, and it revolutionized scientific thinking between the relationship between body and mind.

Who Was Swami Rama?

Swami Rama was born in 1925, to a northern Indian Brahmin family in a small village called Toli in the Garhwal Himalayas.  Brahmin is a class in Hinduism specialising as priests, teachers, and protectors of sacred learning across generations.  As a young boy, he began travelling temple to temple and learning from Himalayan saints and sages.  At the age of 28 Swami Rama was formally granted the role of leading monastic tradition.

During one of Swami Rama’s self-isolations in the forest, a group of big-game hunters came across him sitting in the sand and meditating in the midst of many crocodiles.  The hunters took a photograph and it was later published in the newspaper.  That was the start of his international fame, and from that point on he became the focus of the research community.  By the end of his life, Swami Rama had become an accomplished teacher, writer, and humanitarian, being the founder of the Himalayan Institute.

How Yogic Techniques Work and The Impact of Breathing Techniques

Yoga is an ancient spiritual teaching that serves to help one to master their mind and control their emotions, and this is done through breathing methods and mental focus.  The stretching aspects of Yoga have never appealed to me personally, but I do find that breathing techniques help get me in the “zone”.  My philosophy with stretching is, “Have you ever seen a lion stretch before it goes hunting?  I know I haven’t.” However, after 20 minutes of deep breathing my mind feels focused and sharp, and a sharp mind is the sharpest blade.

Deep breathing is one of the best and easiest ways to lower stress and tension throughout the body.  The best way to describe deep breathing is as an exaggerated type of breathing.  Through a prolonged focus on breathing, your mind begins to gradually slow and you start to gain control over your involuntary system.  This process sends a message to your brain to calm down, and the brain then shares this message with your body.  Under stress, your heart rate increases, you breathe faster, and your blood pressure rises, but they all decrease with deep breathing.  The great thing about breathing exercises is that they are easy to learn, you can do them at your convenience, and they will help you relax, reduce tension, and relieve stress.

Plenty of studies that have been carried out on yoga and meditation including studies about countering cognitive decline, acting on genetic factors that predispose individuals to stress, improving body aches, easing depression.  Psychosomatic illnesses are ones that arise from or are influenced by the mind and emotions rather than specific organic cause in the body.  Much of it has to do with stress, but unmanaged stress negatively affects a person’s mental and physical health and can lead to chronic conditions.  Yogic techniques are an all-natural way of improving your well-being and they do work.

How That Applies To Us

In today’s world we are bombarded with unnatural stimulants the brain is not built to handle, such as cell phones, music, and a fast-paced lifestyle.  If we combine that with a lack of sleep and other unhealthy lifestyle decisions, then over the long run our body will begin to shutdown and our well-being will suffer.  Whether you are a student preparing for an exam or a professional with daily work responsibilities, both would benefit by practicing breathing techniques and mental focus.  Allocating a small portion of your day to get in mindful cleanse will pay off, but like anything worthwhile it takes time.

If this topic is of interest to you and you want to further explore it, I recommend visiting Youtube pages Medit-o-rama, Take a deep breath, and Wim Hof.  Here is the first Swami Rama article that appeared in America, in the NY Times back in 1971.

References
Elmer G.  (1977).  Beyond Biofeedback – Pioneering Research That Explores The Mind’s Power To Control The Body And Its Unconscious Functions, The Emotions, and States of Consciousness.  Delacorte Press.
Xiao, M.  (2017).  The Effect of Diaphragmatic Breathing on Attention, Negative Affect and Stress in Healthy Adults.  Retrieved from https://www.ncbi.nlm.nih.gov/pmc/articles/PMC5455070/
Zaccaro, A.  (2018).  How Breath-Control Can Change Your Life: A Systematic Review on Psycho-Physiological Correlates of Slow Breathing.  Retrieved from https://www.ncbi.nlm.nih.gov/pmc/articles/PMC6137615/