Columns
The Voice
The Creative Spark!—Nine Stages of Character 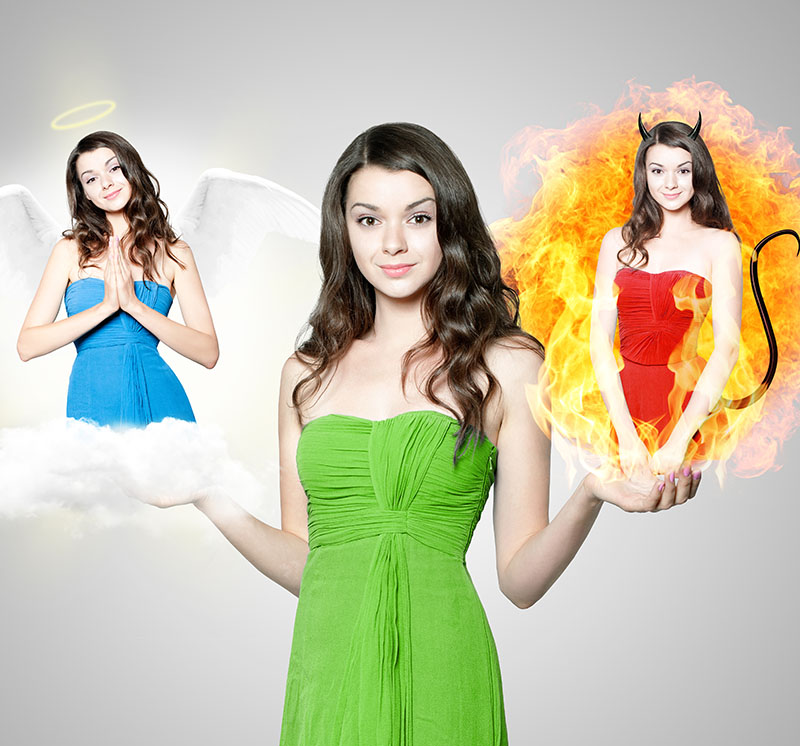 Can people really change? Yes, themselves, but not others.

Fear holds us down.  So, when fear strikes, we must rise above.  If not, we could tumble down the darker side of human nature.  We could slide into despair.  We could lose grasp of how to cope, and we could spin toward a tragic ending.

But heroes, shoved down, eventually rise, right? “We need heroes: to teach us about ourselves, and how to survive in this world” (Wisehart, 2015, 17%).  And that hero is your story character.  But ultimately, dear reader, that hero is you.

When faced with fear, you have three choices: to rise above, to sink down, or to stay the same.  But in fiction, “to achieve their goal in the story, the character must change.  To change, they must overcome their fear” (Wisehart, 2015, 32%).

Author David Wisehart shares a model of character change that consists of nine-stages: three virtuous, three neutral, and three villainous.  No matter where you are in your current stage of life, you could end up at any of these nine levels that Wisehart describes, but I also  want to share the goal, which, whether in fiction or in real life, is for the hero to rise above.

Three Virtuous: Can You Improve Your Character?

“1.  Liberated: The character has overcome their fear and achieved their desire.  They are free, transcendent, and self-actualized.  A paragon of virtue” (Wisehart, 2015, 51%).

Perhaps this characterizes the state of truly enlightened individuals; for example, the Buddhist who invites the robber to ransack his home for the umpteenth time, while pouring the robber a welcoming cup of tea.  (I read about such a scenario in a Buddhist book written by Kelsang Gyatso Rinpoche.)  Or an enlightened individual could see a living, breathing entity in all dead matter, including in the sky and the ocean.  (See Gopi Krishna’s writings for this tale of enlightenment.)

These enlightened beings have overcome slavery to unsavory emotions.  They no longer fall victim to overwhelming fear.

“2.  Capable: The character is psychologically healthy, but their dominant fear is present.  So is their unmet desire.  To deal with anxiety, the character uses defense mechanisms that shape their style of thinking, feeling, and acting” (Wisehart, 2015, 51%).

The more we work on ourselves and not on others, the more we annihilate our deepest fears.

“3.  Valuable: The character is a constructive member of society, and relatively healthy.  But they have secondary fears and desires that complicate their character.  They are within reach of liberation.  If only they can overcome their dominant fear.  And take virtuous action to achieve their desire” (Wisehart, 2015, 51%).

In another article, I wrote that our goals, desires, and means of achieving those goals all need to be positive.  But I believe this need for positivity applies not just to our actions, but also to our thoughts.

Turning away from unhealthy thoughts leads to our better angels.

Three Neutral: What is an unhealthy false self?

“4.  Imbalanced: The character has given in to an unhealthy temptation that now pulls them toward their dark side.  Nevertheless, their actions fall well within the morality of their culture.  Their flaws are easily overlooked, because they are so common.  But the character has violated their best interests.  They have sinned against themselves.  Because they are resisting the better angels of their nature, their positive moral development is in jeopardy” (Wisehart, 2015, 51%).

I had a dream that a trance-like party felt heavenly, but was actually demonic.  When I woke up from the dream, I tried to make sense of it.  I came to the conclusion that we live our lives in trances.  We often go from one thought to the next, overlooking those thoughts that aren’t in line with our higher self.  I’ve come to believe that we need to weed out on any dark thought and dwell, instead, on its opposite-positive. In a healthy mind, there’s no room for anger, jealousy, self-pity, guilt, and any other vices.

“5.  Controlling: The character attempts to control their world by presenting a false self.  They wear the mask of their character type.  Defense mechanisms, which were created to control their own fear, now keep the character in conflict with other people, and with the world.  The character is morally and psychologically average, in a world of the walking wounded” (Wisehart, 2015, 51%).

One lesson I learned is to never entertain a thought that leaves us feeling jaded.  The minute we blame someone or feel wronged is the minute we need to let go, to forgive, to drum up compassion, and to grow from our own mistakes.

“6.  Overcompensating: The character’s defense mechanisms aren’t working properly.  Other people begin to sense that something about this character is wrong.  The character overcompensates by giving even more power to their false self.  They become self-centered in a manner that matches their character type, and they act out in unhealthy and inappropriate ways” (Wisehart, 2015, 51%).

The minute ego creeps in marks the minute we have fallen a notch.  A self-centered state blocks us from seeing the errors in our way; when ego-focused, we only want to see our good sides.  But when we can’t see our errors, how can we possibly grow?

Three Traits of the Villainous: Can a Bad Character Change?

“7.  Violating: Because of some outside stress, the character’s normal defense mechanisms have failed.  The character is now in survival mode.  They must protect themselves, while still trying to save face.  But the face they are trying to save is a mask of their own making.  The character is unbalanced.  Depending on their character type, they will either violate others or themselves.  They are still redeemable, but they have crossed a moral bridge and joined forces with the dark side” (Wisehart, 2015, 51%).

“8.  Delusional: The character’s perception of reality is completely distorted.  They are compulsive in their thinking, feeling, and actions.  They’ve lost control of themselves and their reality.  Depending on their character type, various pathologies begin to emerge.  The false self is falling apart.  Beneath the crumbling mask is naked fear” (Wisehart, 2015, 51%).

“9.  Pathological: The character is extremely violent and destructive.  They are capable of destroying themselves and/or others.  They may even destroy their world.  Depleted of all moral and psychological resources, they finally conquer their fear through annihilation” (Wisehart, 2015, 51%).

In the movies, often the destructive character gets taken out: shot, imprisoned, wounded.  But there’s hope if the pathological soul finds a guide who teaches healthy coping strategies.  Or perhaps the system, such as correctional services or mental health services, gives the pathological soul a hand up.

But whether in fiction or in real life, the goal is for the hero to climb the highest rung of virtue.  And, remember, that hero is you.

Reference
Wisehart, David.  (2015).  How to Write Great Characters: The Key to Your Hero’s Growth and Transformation.  Wisehart Productions.