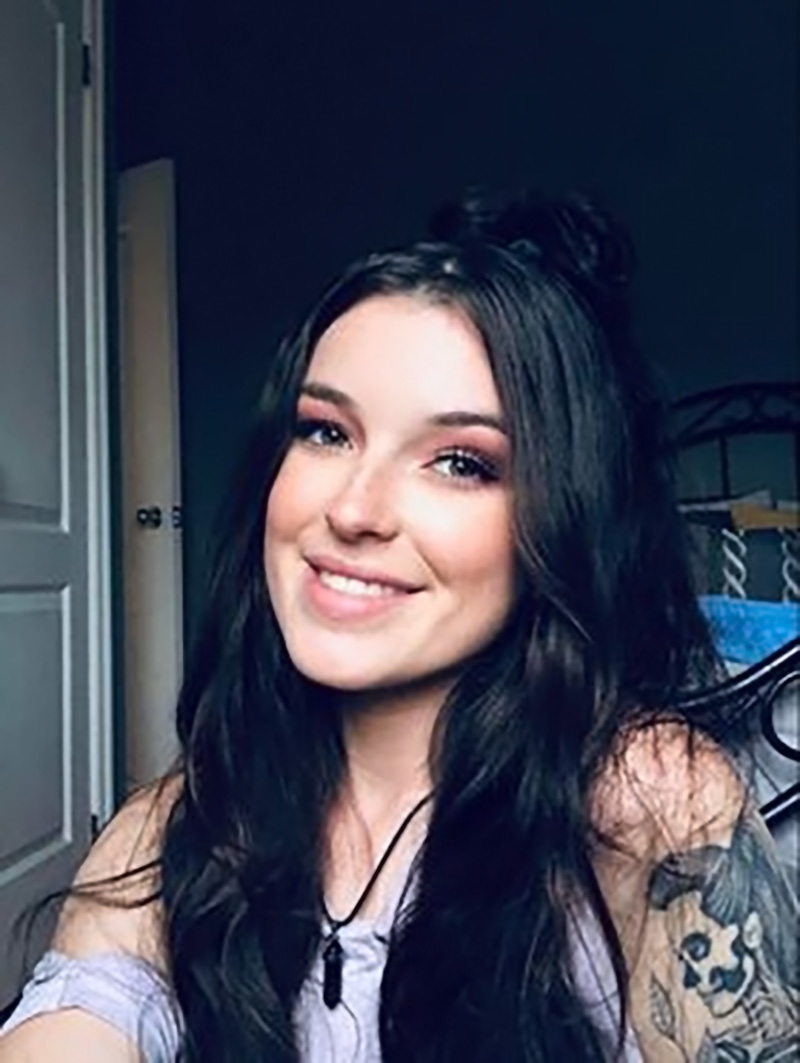 Meg Lalonde is currently only 30 credits away from her Bachelor of Science in Human Science (BSc-HS).  Like many students, AU is a second educational opportunity for Meg, who has already obtained a college diploma.  With many credits transferred over, she decided to pursue her degree, stating, “I liked the idea of working from home and at my own pace towards getting my degree!”

Meg’s favourite AU course so far has been BIO204: Principles of Biology I, which she found “very interesting, helpful, and interactive.”  She stated, “I like the aspect of having to complete biology labs at home with the kit the school mailed to me.”

Meg was one of a family of five who grew up in Sudbury, Ontario.  “I initially went to school to become a funeral director and ended up taking a different path: pursuing my diploma in Medical Radiation Technology.”  She continued, “I decided not to go into funeral directing because it has become a lot less traditional and is heading more into the corporate and finance direction and I am more of a science hands on person.”

Instead, Meg moved south.  “I moved to Ottawa for my internship then moved to South Carolina for a job after graduation.  Due to COVID19 I had to move back to Canada, so I decided to do school at AU to further my education for more career opportunities.”  She stated, “Before Covid, I was working as a medical radiation technologist but I am now working for Canadian Blood services in recruitment.  It is important to encourage Canadians to continue to donate, as people are in dire need of blood every day!”  Meg currently resides in Sudbury with her dog Sheila, and considers becoming a dog mom her proudest moment in life.

Outside of working and studying at AU, Meg does digital illustrations, loves to travel, “and do anything outdoor related.”  In her spare time, she is currently reading Stephen King’s Pet Cemetery and watching “The Office for the fifth time around.”

Her bucket list is exciting, consisting of wanting “to go skydiving one day.” She revealed, “It has always been a dream of mine.”  When asked where she would live if given the option of absolutely anywhere, Meg stated, “I would love to live on Sullivan’s Island in South Carolina.  It is a such a beautiful island and has so much history and is meaningful to me.”  She elaborated, “Our home on Sullivan’s Island was built when the island was inhabited by civilians and is one of the few homes that survived the eye of hurricane Hugo.  The island is where Fort Moultrie is located and played major battle roles in the world wars.”

When asked if she had a chance to meet any person – current, historical, or fictional, she stated, “I would love to meet Dwight K.  Schrute.” (For those not in the know – he is a character from “The Office” played by Rainn Wilson!)

In the future, post-AU, Meg sees herself “[w]orking in the health care field, most likely in diagnostic imaging.”  Best of luck Meg!