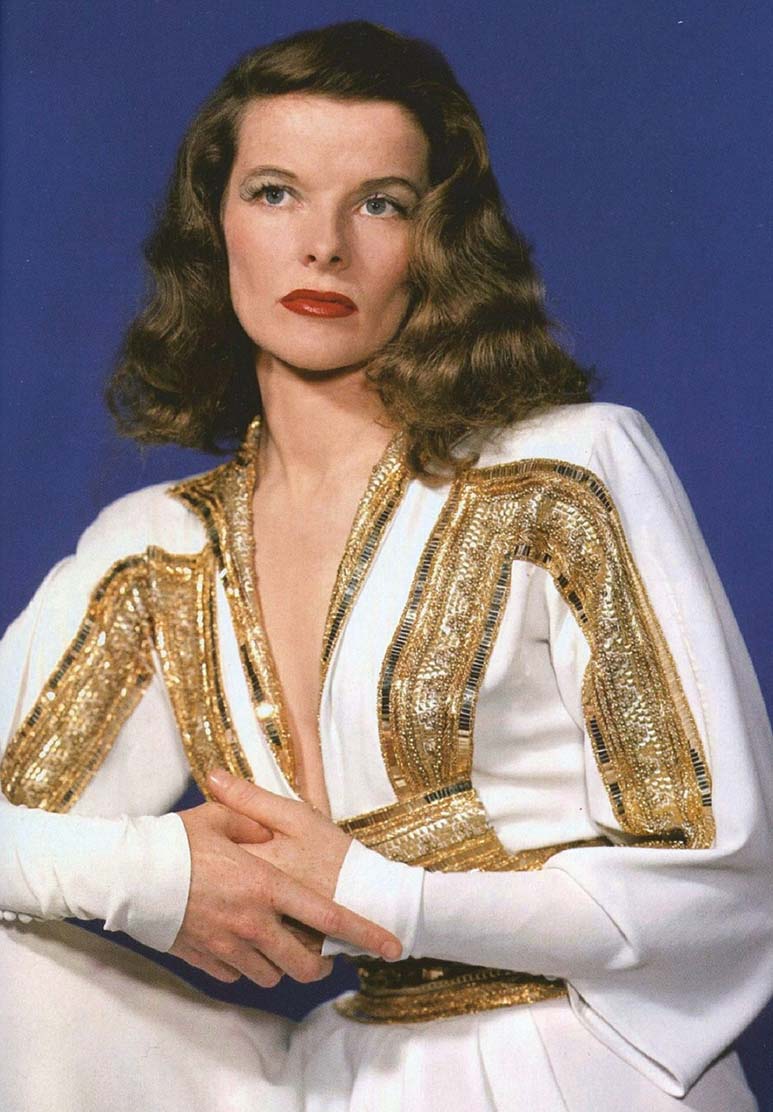 Katharine Houghton Hepburn was an American actress for more than 60 years.  She holds the record for receiving the most Academy Awards for a leading actor, as well as an astounding 12 nominations.  Beyond her successful acting career Katharine Hepburn was a strong, independent woman who was a role model for many young women to step out of their societal roles, spread their wings and become their own people.  Hepburn was outspoken, unconventional, and assertive.  She was athletic and chose to wear trousers at a time when wearing trousers was not considered acceptable attire for women.

Katharine Hepburn was born on May 12, 1907, in Hartford, Connecticut, and died June 29, 2003, in Old Saybrook, Connecticut.  Her father was a well-known Connecticut surgeon while her mother was a strong participant in the women’s suffrage movement.  Katharine was encouraged to pursue an education and to openly express her views on any subject.  The Hepburn parents were criticized in their community for their progressive views on many issues, however, they stood strong and encouraged their children to stand up against limitations and barriers and pursue their personal truth.  Katharine credits her parents for her strength and ability to face adversity straight on.

Hepburn graduated from Bryn Mawr College with a degree in history and philosophy.  She was attracted to acting, but acceptance in most plays was conditional upon good grades.  Katharine improved her grades and became a regular, landing a leading role in her senior year.  Her love of acting continued, although she was not a typical Hollywood star with her distinct manner of speech and unusual traits.  She was met with praise and criticism, but nothing deterred her.  Katharine followed her own path, refusing to grant interviews and choosing to dress in her own casual style rather than display the typical Hollywood glamour of her coworkers.

Hepburn was married briefly, but the marriage was dissolved in 1934.  She never married again, but in 1942 she began a relationship with fellow actor Spencer Tracy.  They never married, as Tracy was Roman Catholic and would not divorce his wife.  Their relationship endured until Tracy’s death in 1967, shortly after the two completed filming “Guess Who’s Coming to Dinner” with Sidney Poitier.  Katharine had been taking care of Tracy for five years until his death.

In 1999 the American Film Institute named Hepburn the top female American screen Legend of all time.

Katharine Hepburn’s 1991 book “Me: Stories of My Life” was commented on by Anna Quindlen of The New York Times: “In her book about her life, Miss Hepburn insists that that woman in the movies was not her at all.  ‘I’m not going to hide behind you anymore,’ she says.  ‘Who are you anyway?  You’re not me.’  Sure she is.  The woman in the book is cocky, fearless, smart, capable, and human, on screen and off.”