Columns
The Voice
Homemade is Better—Time versus Temperature 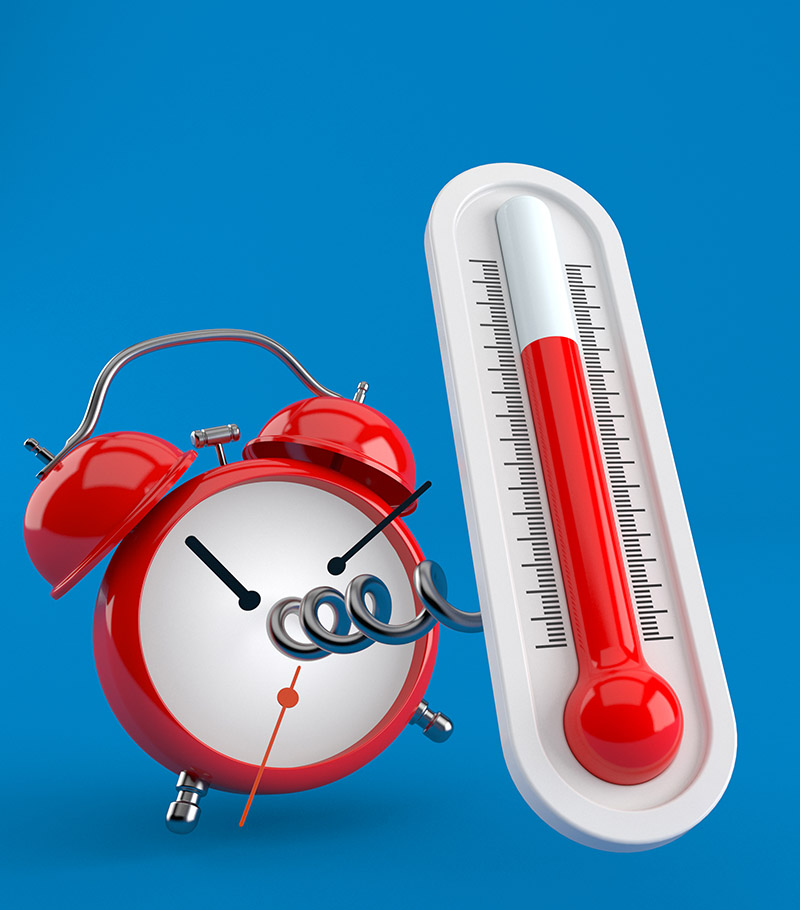 Last week I wrote about how I used my new sous vide machine to make dinner.  An acquaintance, whose son is in my Beaver Scout group, started up an interesting discussion on time versus temperature in cooking and how many websites promote potentially dangerous temperatures or cooking methods to ensure your food is cooked.  I had to debate, but I found his points right on, and the only disagreement I had was in cooking different proteins.  This week, I thought I would walk you through the reasons behind using both, time or temperature, as a cooking method and what makes a blogger’s recipe excellent or bad.

Let me also start by saying, I’m not a science major.  I took some fundamental chemistry and physics in high school many, many years ago.  Here is the science I understand about cooking, and it’s all chemistry and physics related:  the measurement of heat is the amount of energy that is passed from one object to another, the temperature measurement is the average Kinetic Energy (KE) in the particles of an object.  This relates to food in that heat is the equalization of kinetic energy.  It would seem as though the particles in the food we cook want to have a balance with the surrounding environment.  We can use this information to our advantage when cooking.

We know the basics of heat transfer based on the previous paragraph, so let’s talk about the cooking vessel.  What makes a good frying pan, or pot, or baking sheet?  The composition of each of these items will lend to the results.  If you use a frying pan that spreads heat inefficiently, it will take longer to heat up, and it will likely not last very long.  Most restaurants I worked in didn’t have fancy cookware.  They had quality, but it wasn’t expensive.

What about cast iron?  Cast iron is my favourite type of cookware.  Cast iron is excellent when you need to cook and don’t want to use a lot of heat from the cooktop.  It disperses heat great, it keeps it, and it is simple to clean.  The first rule of cast iron is you don’t talk about cast… wait, that’s something else.  The real first rule is you should buy quality.  It’s going to cost you more to buy American, and right now, with our current economic climate with our neighbours to the south, perhaps wait.  But, in the meantime, stainless steel and non-stick are two essentials you should also have.  You want some weight to them; better weight value means they are likely made with decent material.

And the cook surface matters; non-stick is great for eggs, fish, vegetables, or other foods you aren’t trying to brown.  Stainless steel is for searing meat, like bacon, steak, roast, or chicken.  The metal grabs the protein, and you get the Maillard reaction, that is, the browning of protein to give it its unique flavour.

And while we’re talking about meats, it’s worth noting that various meats should be cooked to different finishing temperatures.  Some health authorities differ in some areas, but I will tell you that most (not all) foodborne illnesses are effectively neutralized when food is cooked above 140F.  This is the minimum temperature that food should be cooked to slow or neutralize bacteria; that doesn’t mean it’s the right temperature for the food you’re eating.

Pork and chicken, for instance, are two animals that we’ve always been told to cook them to 160F or 180F.

There was a time when the Federal Government in the USA and Canada told people to cook their pork to 160F to kill a parasitic worm.  The truth is that they chose this temperature somewhat arbitrarily.  Pork can be cooked to 145F, with at least a 3-minute rest, but I would give it at least 10 minutes.  The parasite itself seems to be more of a concern in Slavic countries from some of the brief googling I did on google scholar.  On one website, I also read that the parasite is killed at 137F but couldn’t find other research to corroborate it.  But the USDA has stated that pork can be cooked to medium-rare, which they see as 145F.

Chicken is cooked to 160F because of salmonella.  Salmonella is a relatively tough foodborne illness, and it takes a higher temperature to kill it, or consistently high temperature for a longer time.  A consistent high temperature is difficult to achieve unless you have a device that you can set to a temperature such as 145F and let the chicken sit for about 9 minutes at that internal temperature.  And then, we need to know the optimal time that we need to cook something at that lower temperature.  This is an example of where you can use time.

All of which brings us to why time and temperature can be used.  Cooking time will always vary depending on the thickness and type of meat you are cooking.  Thicker meat, like an outside round roast, is going to take longer to reach an ideal temperature.  If you like it rare, you’ll shoot for around 125 – 130F in the center, more done than that, you’ll shoot for about 140F or higher.  This will take several hours at 350F in your oven, and increasing the temperature doesn’t decrease the cooking time by the amount you think it does.  Most temperatures convert to Kelvin easily, and when you convert say 200F and 400F into Kelvin, you realize it’s not that much difference.  It’s about 1.3 times the difference.  Why Kelvin, though?

Kelvin is the only temperature that is based on absolute zero.  Most temperatures are a conversion of Kelvin to make it easier for us to use.  If I told you to cook something at 449.717K, you’d look at me like I’m crazy, but I say to cook at 350F, you understand.  Another part of cooking you need to know about temperature is the amount of energy required to raise water 1-degree temperature.  We know this is joules per kilogram per degree Celsius.  The meat we cook typically contains an amount of water.  We are trying to increase the water temperature to a point where it starts to evaporate (cooks the meat).  So thicker meats take longer to cook because of a lot of science.

Many people, much smarter than me, have given us a guideline for how long it takes a particular piece of meat to cook to a specific temperature based on their calculations of the above scientifical explanations.  So, we can say, for the most part, certain meats will take time “x” to cook to temperature “y.” These are statistical averages but are relatively consistent with the majority of ovens and foods.  Thus, a food blogger that writes about how long it “should” take uses the average cook time of their meal on their equipment.  It is entirely possible and probable that you might be the person that seems not to have that.  So, we back up our temperature “guesstimate” by saying cook your protein “A” to 145F, then let it rest and allow carryover cooking to work.

A quick special note about sous vide: one of the reasons sous vide is becoming popular has to do with the ability to cook your food, but not overcook it.  According to a sous vide review, meat that is 70mm in thickness can be pasteurized by holding at 140F for 4:42.  So, this is what makes Sous Vide so unique.  You can cook your meat all day, and it will stay at the temperature you’ve set the device, and it will pasteurize your food, making it safe to eat at lower temperatures.

Next week I’m going to share with you my Turkey brining tips for Thanksgiving.  If you’re considering what temperature to cook your turkey too, 165F should be your final temp and Ill share with you how long to rest it to get that temp.

Five Ways to Save Money When Eating Out 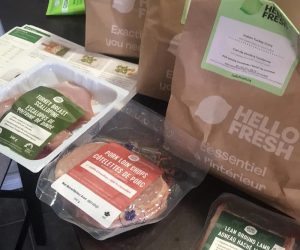