On Wednesday, September 16th, 2020, AUSU Council and the candidates elected at the by-election gathered for the September Council meeting.  Missing from the meeting with regrets were councillors Devon Romanick and lor Kathryn Hadden.

The first order of business, beyond the standard approval of the agenda and minutes, and the review of the action plan items (of which there were none), was to administer the Council Oath of Office to the new councillors.  In some ways a team-building exercise, this ritual is fairly consistently a mass of noise over the teleconference, though with only four new councillors coming from this by-election, a far cry from when the entire council is reading it.  Still, it makes for a fun opening to a meeting, and an icebreaker of sorts when new councillors arrive.

Moving on to policy, AUSU Council first examined revisions to the Scholarships, Awards, and Bursaries program. The largest changes to the policy included increasing the number of Academic Achievement awards and Student Volunteer Awards (formerly the Student Service Awards) from five to six each, and increasing the number of computer bursaries from 14 to 16 while reducing the maximum amount of each one from $800 to $750.  The amount available for emergency bursaries was lowered from $700 to $500 for any individual student, based on the historical data of how the award has been used, although the total value of the Emergency Bursaries was maintained, thus allowing awards of a slightly lesser amount to be given to more students.

The second policy looked at was a new position policy relating to the AU Student Financial Aid office, noting that AUSU will “advocate to Athabasca University to improve the experience of funded students [and]… communications between the Office of Student Financial Aid and funded AU Students”  A brief explanation of why the position policy was needed was provided for the new Councillors, noting that even though AUSU has been doing this in general, it hadn’t been formalized as something that they should routinely be advocating for.

New councillor Almigad Eldoma suggested that the Alberta Government Student Aid office should be added to this policy.  Vice-President Finance & Administration, Monique Durette, noted “We do have a position policy to create to advocate for full and part time [Alberta] student aid.  This one is specific to AU, but because it’s a different relationship, because we don’t have control of how AU and [Alberta] student aid communicate, we can advocate to the government and to AU, but have no control of the other side of the triangle, so that’s why we have this plan to create two separate position policies.”

Following this was a discussion on AUSU Position Policy manual, which also includes the individual position policies.  There was a note appended to this motion indicating that policy 9.26 (the previously discussed position policy) was currently included in this manual but would be removed if Council did not approve the policy.

During the ensuing discussion, a couple of significant (albeit easily dealt with) errors in the middle of the almost thirty-page document presented to Council, including one section still noting “citation needed” and another sentence simply ending before reaching a conclusion,  were noted and quickly fixed.  Personally, I was pleased to see that, as it means that these Councillors appear to be taking the job seriously and doing the detail work that’s needed.

This motion also noted that AUSU would be placing the full position policy manual back on its website and removing the position policy handbook. This is a reversal from the previous council, which moved to take the full manual off the website and put up the handbook.  The difference between the two is that the full policy manual contains all the background information of the position policies, including AUSU’s research that helped them determine their stance and hence what AUSU would resolve to undertake, while the handbook merely contained the resolutions of each policy.

Surprisingly, I found myself wondering if this was the best move, and I say surprisingly because I spoke out myself at the meeting where Council first spoke about removing the position policies from the website, strongly urging them not to do so.  At that meeting, the intent was to simply remove the policies entirely, and direct students to contact the office if they were curious about AU’s position policies.  It was noted that there were advantages to being able to keep the research and reasoning private, especially for a political organization, as AUSU has to be once in a while.  In the end it was then President Brandon Simmons who suggested the compromise solution of splitting up the resolutions from the reasoning and leaving the resolutions available for students and interested parties to see, while requiring those interested in the research and reasoning behind them to ask the office.

I’ve come to appreciate this solution, so while I don’t mind AUSU Council wanting to be more transparent, this is one instance where I wonder if it was really needed.

The motion was accepted unanimously, and council moved on to the strategic plan.

This meeting had the required second reading of the new strategic plan, and it was noted that Councillor Darcie Fleming had brought forward a few comments between readings which resulted in some changes being made between them, specifically within the vision statements. Changes such as  noting that students are the forefront of their decision making, and that AUSU supports students’ “exceptional online learning journey”  and seeking to enhance the “AU student experience” as opposed to the “online learning experience for students”.  A small change that can encompass a lot of ground.

The strategic plan was approved unanimously, becoming the official policy of AUSU.

The next section of the meeting was about appointments.  Councillor Karen Fletcher joined the Finance Committee, the Membership Engagement and Communications Committee had two new councillors, Amber McDuffe and Natalia Iwanek apply for the one open seat.  Both gave a brief statement about how why they sought to serve on this committee and an email vote was held, with the majority vote going to Councillor Iwanek.

Also, nine students-at-large were appointed to the Student Advisory Committee before we moved to the reports for August.

In the President’s report, Natasha Donahue noted that AU is once again moving forward with new course and program proposals to the Alberta government, and is looking at any proposals coming in with an eye toward sustainability, meaning something that has significant market demand.  She also noted that she’s sitting on a new committee, one that is looking at the philosophy and pedagogy behind current modes of learning assessment, asking questions about whether the current means of learning assessment are the best, and AUSU will have a role to play in informing the committee, so will be organizing a focus group to gain student input.

In the Vice President External and Student Affairs’ Report, Stacey Hutchings noted that there’s a new group that is gaining some recognition, the Calgary Students Alliance.  These students are concerned with initiatives happening at a local level, and AUSU has close to 11,000 students in the Calgary region.  She noted that this might be something Council needs to direct some attention to in the future to ensure that AU students are not lost when these groups advocate.

Monique Durette, the Vice-President of Finance and Administration noted in her report that the students unions (AUSU and AUGSA) got together to get a graduation gift for this year’s graduands, being the first graduands who would have no opportunity to physically walk the stage because of COVID-19 and the reimagined convocation.  An image was commissioned from a photographer in Banff of the northern lights, and a limited edition print sent to each of the 2,398 students who graduated this year with a congratulatory message from AUSU and AUGSA.  Also included was a letter with information about the artist, the image, and the number showing it was a limited edition run. This was able to be completed on time and within the AUSU budget for convocation activities. 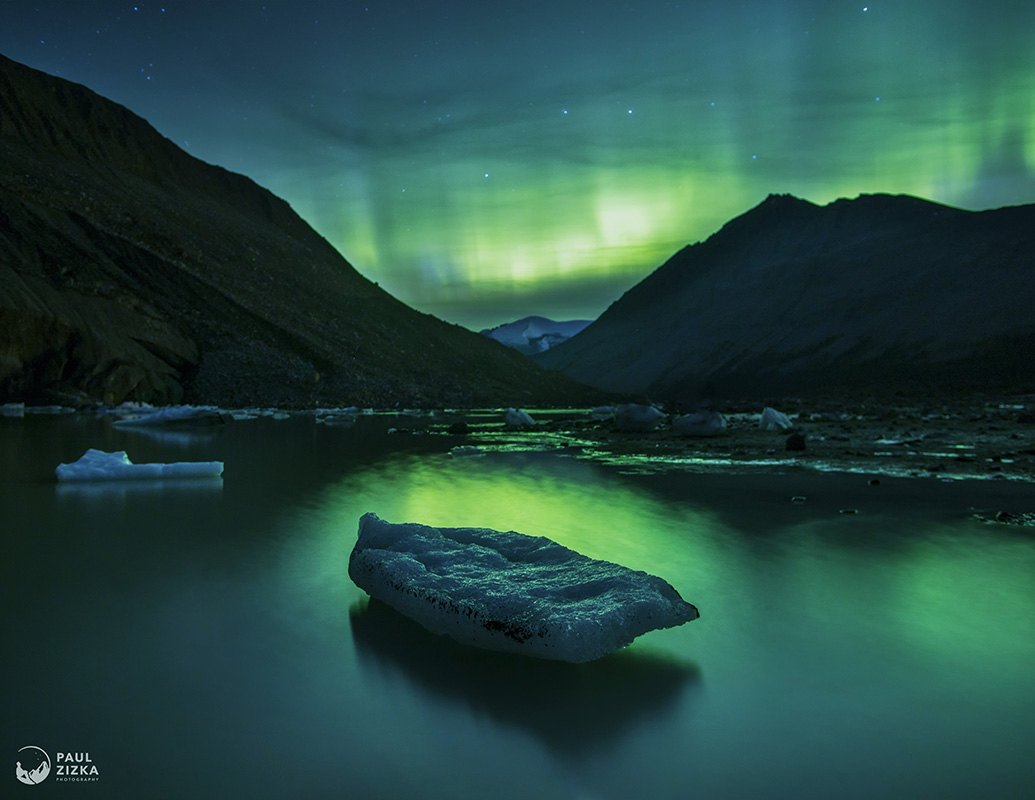 She continued in the finance committee report, noting that expenses were down because some of the initiatives AUSU usually undertakes are not available during COVID-19, and enrolment at the university is up, meaning that AUSU is seeing a significant amount of extra money being available to them, and decisions would need to be made before the end of the month as to what might be done with the surplus.

Several of the committees did not meet in August, but the peer course review system was launched and had gained 705 new reviews in just five weeks, where the previous system had 825 reviews completed in the five years it was available.  It was also announced that V-mock, a new resources to help AUSU members with resume creation, would soon be available (and now is.)

The meeting ended at 8:27pm, with the next Council meeting happening next Wednesday, October 21, 2020 at 6:30pm.  If you’re interested in attending (and it should be an interesting meeting with an extra $100,000 being moved into AUSU awards in the interim) then AU students are encouraged to attend council meetings via teleconference.  Details can be found on the AUSU website.