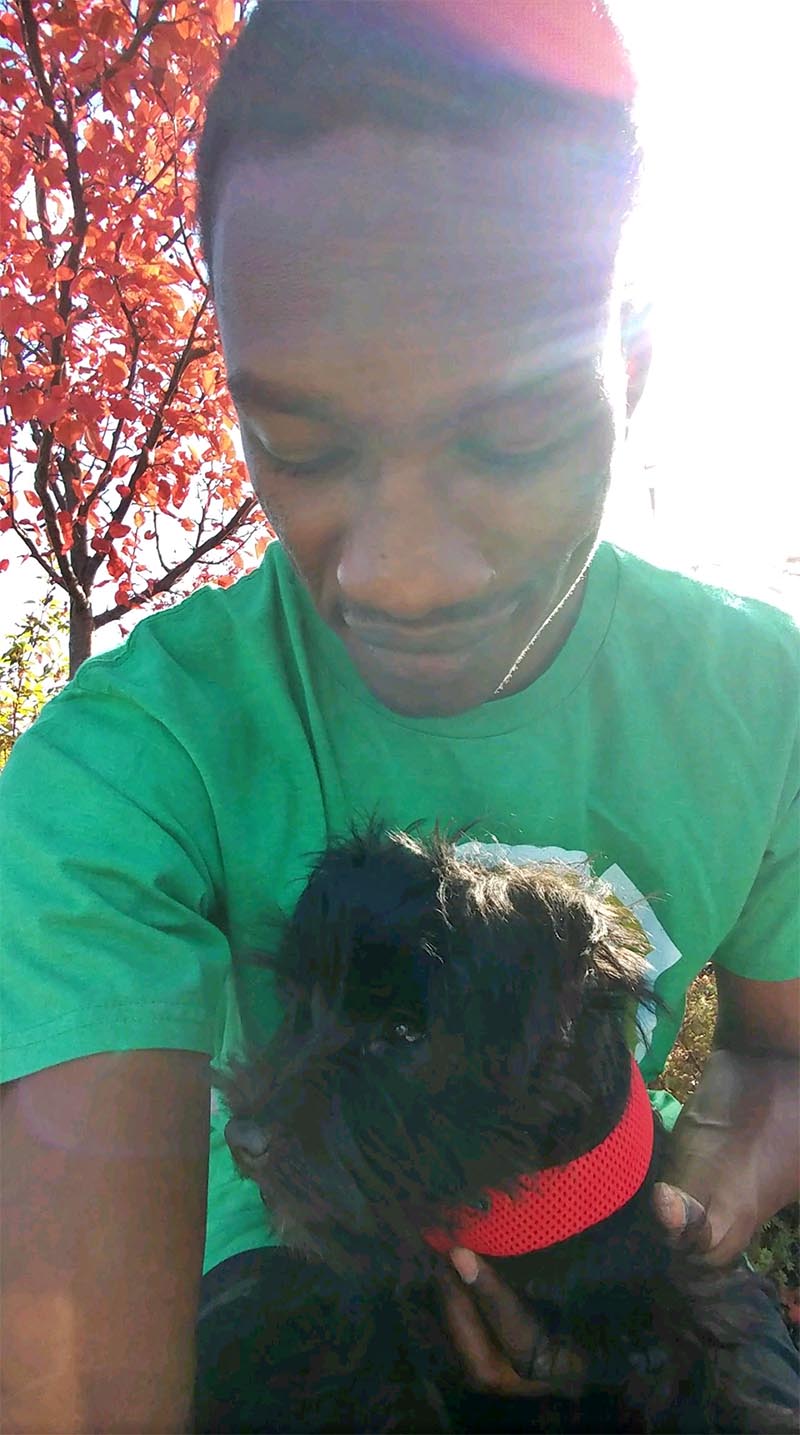 Edmonton’s Almigdad Eldoma is approximately 90 credits from his Bachelor of Commerce in Finance.  He is also AUSU’s newest Councillor for the 2020–2021 term, one of four elected during early September’s By-Election.

Almigdad’s educational journey first began in 2010 when he completed the Land Administration Certificate at SAIT in Calgary, shortly before joining the military.  His service took him north to Edmonton for a position as a signaler, dealing with “IT, hardware, software … [and] information transferring.”  He left the military in 2019 to further pursue his education.

The one thing that distinguishes Almigdad from most people was “being born in Saudi Arabia,” despite having “no relation to” the country.  He stated, “I kind of like being a moving body/person.” “I have a lot of different cultural backgrounds. Sudanese, Saudi Arabian, and Canadian.”

Almigdad, along with his siblings, were born in Saudi Arabia, so “right from the get-go my parents were travelling.” The Eldoma’s are originally from Khartoum, Sudan, where Almigdad’s father was a chemical engineer before moving to Saudi Arabia.  During the 1990s, the family travelled throughout the Middle East and Europe, before settling in Calgary in 1996.  He stated, “We settled there because we saw just such great people.”

The pandemic has altered his life, as it has for many students.  Almigdad stated, “I used to do a lot … festivals, concerts, [and] bars.”  He also used to “hold fundraisers” for the military to assist “veterans [and] children who have lost parents during service,” and to unite the community.  The pandemic has kept him inside studying, but he still enjoys the outdoors.

He spoke of his love of hiking and biking, mentioning that he visited Banff frequently during his childhood.  In addition to his schoolbooks, Almigdad is currently reading This Side of Paradise by F. Scott Fitzgerald, who he called “one of my favourite authors of fiction,” although he usually reads non-fiction, such as biographies.  He credits Fitzgerald’s The Great Gatsby as the book that made him enjoy reading.  The pandemic has also changed Almigdad’s life in one additional way.  His upcoming wedding to his fiancée, who he met during his time in the military, has unfortunately been postponed.

Almigdad’s father has had the greatest influence on his desire to learn.  He instilled in his son the idea that “education is key” and that “education will get you the farthest.”  His father credits education for taking “him out of the village [in Sudan] into the world.”  He frequently told Almigdad, “Whatever you learn, no one can ever take away from you.”

Almigdad’s most memorable AU course so far has been ACCT 253: Introductory Financial Accounting, a subject that he found difficult when he first studied it approximately 10 years ago.  Now, he considers it very helpful, with its many applications to everyday life.

Although Almigdad has found communication with his course tutors good, he admits that he has only had one experience, since he is an “independent learner.”  He “like[s] how they contact you personally through your phone.  … I liked that personal touch because I thought it would just be virtual.”

I asked what he might do if he were suddenly made the president of AU, and he stated that based on AU’s online framework, he would get “students up to-date with their internet,” in all possible ways, including fibre optics and upgrades, without being “taxing on the student.”  For the first project, he would speak to large corporations and make some sort of agreement for students to create a superior learning environment and bridge the gap currently being experienced.  He mentioned that this plan would have secondary benefits for students’ households and families, such as lower data costs.  He stated, “Nowadays internet is a necessity; it shouldn’t be a burden.”

While not AU president just yet, Almigdad is one of AUSU’s newest Councillors.  When asked about his motivations for running, he stated that there were many reasons.  However, he mentioned that 2020 has been a particularly difficult year, “especially for me as a Black person and what we have seen and experienced.”  He continued, “I couldn’t just sit back and let that be the story of my life and not for everybody else’s in my position.  I just wanted to be out there just to show like, ‘Hey, I exist,’ and I’m basically normal.  I’m not on this side or that side.”  He mentioned that students exist from a variety of backgrounds, “There are regular people, regular students who are just like me, and I wanted to showcase that you guys are not alone.”

When asked to choose whom he would like to have lunch with, Almigdad mentioned Barack and Michelle Obama, which he called “the obvious ones,” as well as Dwayne “The Rock” Johnson.  However, he would also like to have lunch with Alexandria Ocasio-Cortez (AOC), the U.S. Representative for New York’s 14th congressional district, who “is fighting against the wolves,” calling her “inspiring.”  He would love to meet with her and ask: “What is keeping you driven through all this mudslinging?”

Almigdad’s proudest moment “was back in 2017,” when he “was selected to be in an airborne parachute course out of thousands of applicants in the military.”  Those selected then had “to go through a grueling three weeks in Trenton, Ontario to get . . . [their] wings.”  He stated that it was a big accomplishment to conquer his “fear as a young private next to [equally intimidated] sergeants and captains who . . . [had] been in the service for almost a decade.”  He continued, “Anything is possible . . . as long as you just keep going and conquer your fears.  Being airborne really instilled in me that everyone is scared, but you gotta push through.”

His most valuable life lesson to-date? “Always see good in people.”  He stated that during his travels with his family, he realized that “not everyone is out to get me, not everyone is out to get us.”  He continued, “I come from a Muslim background, my mom wears hijab, we looked . . . different in ‘96 when we first moved out here.  My mom always instilled in me to always see the good in people and those scary fears will slowly go away because you always see the light.”  He revealed, “That lesson really kept me going.”

Despite his positive outlook, Almigdad does have one pet peeve.  He dislikes those who take “credit for other people’s work,” including “when a superior takes credit … or anyone takes credit for something that they didn’t do.”  Best of luck in the future Almigdad!