The Voice writers are getting into the Halloween Spirit a little early this year, with a few articles giving a nod to Halloween, just before I take a week off to celebrate the holiday myself.  (The fact that this means I’m free to try to avoid all news about the US election for the last full week of campaigning had absolutely nothing to do with this decision, I swear.)

But the big news that’s happening is that the President of AU, Neil Fassina, has informed the university that he’ll be moving on in the new year.  Okanagan College has announced that Dr. Fassina will become president of their institution as of April Fools’ Day, 2021.  From what I’ve been able to tell, this move has come as somewhat of a surprise to most at AU.

So far, no reasons for the move have been officially announced, though the president writes, “As we gather momentum along our journey to realize AU’s Imagine Plan, I have made the difficult personal decision to submit my resignation as president of Athabasca University to the Board of Governors.”

The move is a curious one to me, because, as was noted on Facebook, the choice to leave a university to go to a college is somewhat unusual among post-secondary leaders.  Now, Okanagan College is the second largest trade school in British Columbia, with four separate campuses and a full-time student equivalent that rivals AU (even though it has fewer students overall) so maybe it’s more of a lateral move than it might first appear, and perhaps when he says it’s a personal decision, it really does boil down to that.  The weather is certainly nicer in the Okanagan than it is in the Town of Athabasca.

But I still wonder, because Dr. Fassina was a strong champion and the spear-head of the aforementioned Imagine Plan, a five year plan of which just under three years has been completed.  Leaving just over half-way through the plan either speaks very well to his confidence that enough has been put in motion to get it done regardless, or could suggest that there may be turbulence ahead for the plan that he does not want to be having to place his name beside.

Unfortunately, this is all currently just speculation.  I’m hoping to get more information soon and will be sure to report what I can find to you.  The cynic in me wonders if it’s because the new Alberta framework for university administration compensation leaves him little room to advance, while the paranoid in me fears that it is a sign of the UCP’s upcoming plans for education.  Meanwhile, the labour activist in me whispers it’s because he’s afraid of being the one holding the bag if the AUFA grievances don’t improve.  But none of these have any evidence behind them and they could all be wrong.  Or right.  But either way, this March, right before the provincial election, could prove an interesting time for AU.

In the meantime, enjoy this last issue of The Voice Magazine before Halloween and the horror to follow on November third.  We’ll be back on November 6th with even more news, reviews, scholarships, events, and more!  Enjoy the read! 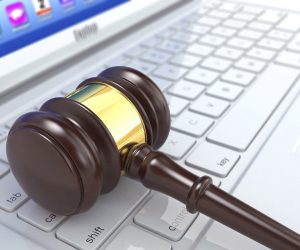