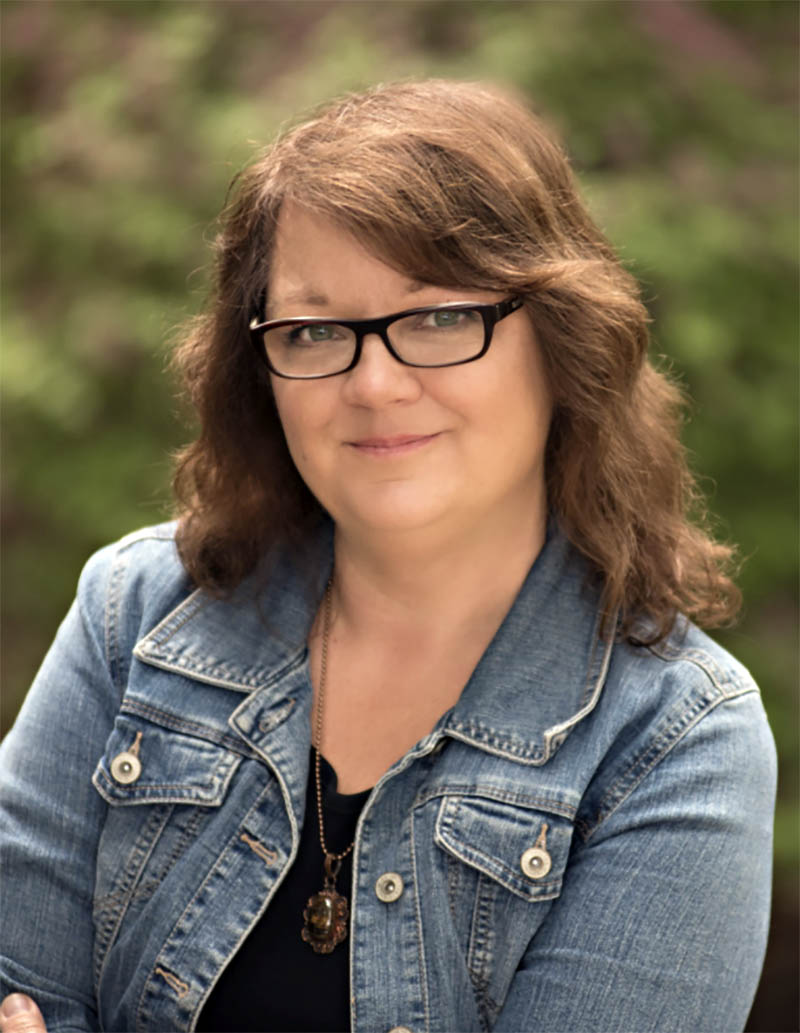 Dorothy Bentley, from the Foothills Municipal District in Alberta is currently 12 credits away from completing her Bachelor of Arts in English.

Dorothy was raised in Southern Ontario before moving to Northern Alberta to live with her father as a teenager.  After graduating from college, she began working in the oil fields, eventually leaving after several years “to raise a family with [her] husband and pursue a writing career.”  She stated, “After writing as a freelancer for a decade, I decided that, in order to improve my writing, I should pursue a degree.”  Her plan has been successful thus far, as she revealed, “I’ve just landed the type of job I hoped for when I began this degree.  I was recently hired by the Writers’ Guild of Alberta as the Program and Conference Coordinator in Calgary.”

When asked about any tips for aspiring writers, Dorothy stated, “Check out the Writers’ Guild of Alberta website, The Writers’ Union of Canada, the Canadian Children’s Book Centre, or other provincial organizations as well as the websites of your favourite authors.  Attend conferences.  Take credit and non-credit writing courses and workshops to hone your skills.  Be bold and pitch publication editors with story ideas; also read submission guidelines carefully and only submit to those for which you exactly meet the criteria so you don’t waste anyone’s time.”

When she is not studying, Dorothy enjoys “easy hikes, reading long and complicated novels, watching films, [and] enjoying good meals with family and friends.”  She is also learning how “to ride a motorcycle—again,” having owned one when she was younger.  She elaborated on her love of motorcycles, stating, “I enjoyed the sensation of being on a motorbike and quad as a passenger, but I did not like having to ask others for rides.  Knowing this, my husband bought me a small motorbike for a birthday some years ago.  I sold it when I became pregnant with our first child.  I enjoyed experiencing the elements while riding, but I did not enjoy hitting a bee at 100 km/hr, which led to buying a windshield.  Both my husband and I bought second-hand motorbikes recently, and we plan to take a course together.”

When asked about who has been the greatest life influence on her desire to learn, Dorothy revealed, “I’ve always loved reading and learning new things, but it was actually through home educating my own children that I felt a hunger to continue learning.  I had read about various educational philosophies (which I experimented with on my children), such as Classical Education from the Greeks, the European tradition of using governesses (which led to reading works by Charlotte Mason, an educator of governesses), Delight-Driven learning, Discovery Learning, etc.  I was struck by the contrast between learning as duty and learning as delight.  I also read classic literature aloud to my children, and biographies of those who made a mark with their contributions.”  In sum, Dorothy has been most “inspired by the lives of others who sought to develop themselves to their highest potential.”

Dorothy “love[s] the independence and flexibility of online learning,” which allows her to work and spend time with friends and family.  Like many of us, she has experienced some hurdles in her educational journey, stating, “I tend to push myself; if I become overwhelmed or exhausted, I have learned to take a break for a day or a weekend.  The other thing I have done, which I am not proud of, is drop a course after the cut-off.  It was an expensive choice, but it was either that or endure an inordinate amount of stress.  The payoff is that a completed degree helps to secure suitable employment.”

Dorothy’s most memorable courses to date include ENGL380: Writing Poetry, as well as ENGL211: Prose Forms and ENGL212: Poetry and Plays.  She also enjoyed ARHI301: Art History: Canadian Visual Culture and courses in Cultural Studies.  Overall, she has found communication with tutors good, stating, “I have not had any problems with communication.  Only twice have tutors taken longer than usual to respond, but only by a few days, so it wasn’t a problem for me.”

One thing she would change at AU, is that she would prioritize recording lectures, stating, “I think having tutors record lectures that students could listen to anytime would be beneficial.  When I attended a brick-and-mortar university, listening to lectures would help with understanding content.”

If she were to have lunch with a famous person, past or present, Dorothy chose Mary Wollstonecraft, because she is currently writing a paper on the writer and advocate and feels that “some things are not clear from the literature.”  She stated, “I would interview her and tell her how things would have been much better for her in this time period.”  As for the lunch, it would be mutton stew, naturally, since “I would be in 19th Century London with a writer.”

An avid reader, Dorothy is currently reading Zsuzsi Gartner’s, The Beguiling and Jodi Picoult’s The Book of Two Ways.  She is also currently binge watching Netflix’s This is Us, revealing, “I love the relationship drama.  Tragedy purges negative emotions and has a cathartic effect.  I also really enjoy Parks & Recreation.”

Dorothy’s most valuable lesson in life is simple but effective: “Only people matter: be kind.”

As for pet peeves, Dorothy “find[s] it irritating when simple words are incorrectly used, like ‘your’ instead of ‘you’re’ and ‘to’ instead of ‘too.’  She elaborated, “My husband always texts me: ‘I love you to too two’ because he knows this.”

Dorothy has also recently achieved a major milestone in her career.  She considers the September 2019 publishing of her first children’s book Summer North Coming to be her proudest achievement.  As a final note, she mentioned, “I choose to focus on the positives in life, and help others along the way.  My picture book focuses on the beauty of nature and a bi-racial multi-generational family.  And in my other writings, I look for what is true, good, and beautiful in, through, and after the storms of life.  My degree has equipped me to apply analytical and writing skills in many situations.  If nothing else, I hope it will be thought-provoking.”  Best of luck Dorothy!

Women You Should Know – Dorothy Day