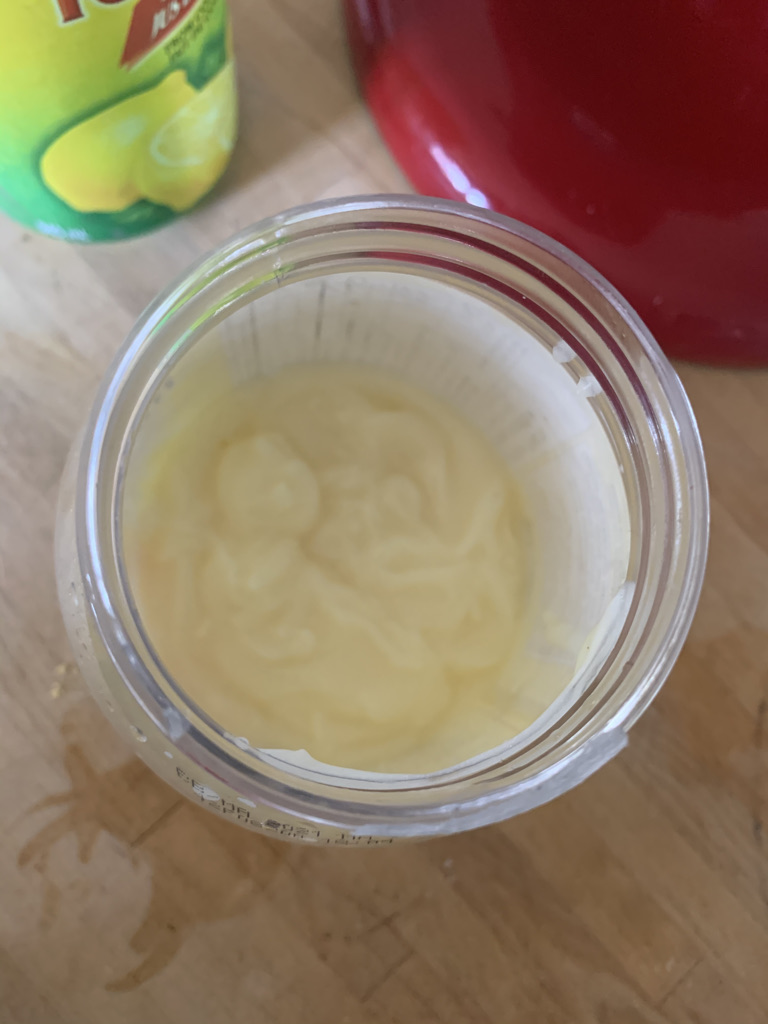 A while back, it occurred to me that many of the sauces and spreads we use are almost always easy enough to make.  I’m going to start a series of easy sauces to make that have multiple applications!  For example, mayonnaise is the main ingredient in some salad dressings, like creamy coleslaw or even a quick hollandaise sauce (future recipe).

There are five “Mother Sauces” that all students in culinary arts learn to make.  They are tomato, velouté, hollandaise, béchamel, and brown sauce (Espagnole).  Hollandaise is eggs and hot butter.  You would quickly whip the eggs, add the butter in small amounts at first, and then eventually increase it until you have a beautiful looking buttery sauce for eggs benedict.  But this mayo recipe gives us a way to hack the hollandaise and keep it stable in the fridge for longer than a day.  You can reheat and reuse it a few times too.

The other mother sauces are common as well; you probably don’t realize it, though.  Tomato sauce is likely an obvious one; pasta sauce or pizza sauce are common uses.  Velouté is a thickened sauce made from stock, butter, and flour.  The stock can be beef, chicken, fish, pork, lobster; it just must be a stock where the bones are not roasted in the oven.  A chicken volute is probably the most common.  Supreme sauce, which has cream, butter, and lemon juice, is the most popular version of this sauce.  It’s kind of like chicken gravy, but it’s not browned like a gravy. 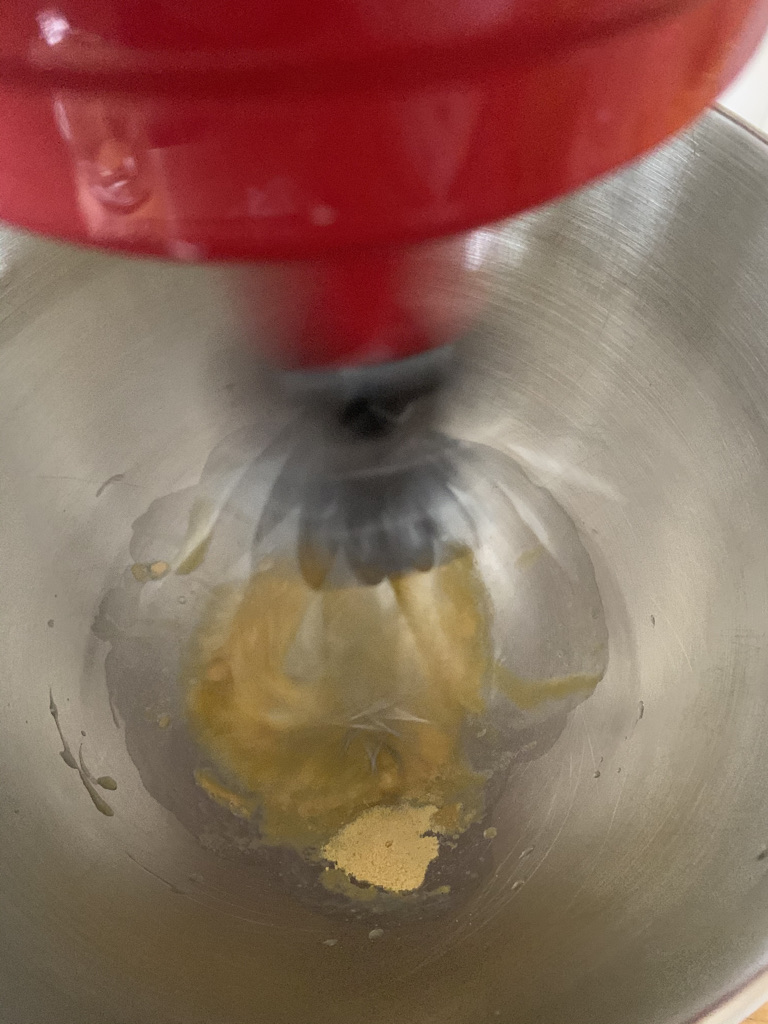 Béchamel is a type of cream sauce with the main ingredients of butter, flour, and milk.  You might recognize those from mac and cheese.  That’s what is in the dry cheese packs of KD, mostly.  But it’s super easy to make on its own.  The last of the mother sauces is the brown sauce, also known as Espagnole sauce.  Its familiar form is called demi-glace.  It’s a beef gravy with tomato products added.  The chef will roast beef bones and add tomato paste and mirepoix (an equal combination of carrots, celery, and onion) when making it.  Then the bones are added to a pot with water, mirepoix, and herbs to make a rich stock.  Then it’s thickened with flour and butter (also known as a roux) and becomes a brown sauce.  It’s a beef gravy, but it doesn’t have to be beef; in fact, turkey or chicken are possible substitutes, although it’s not common. 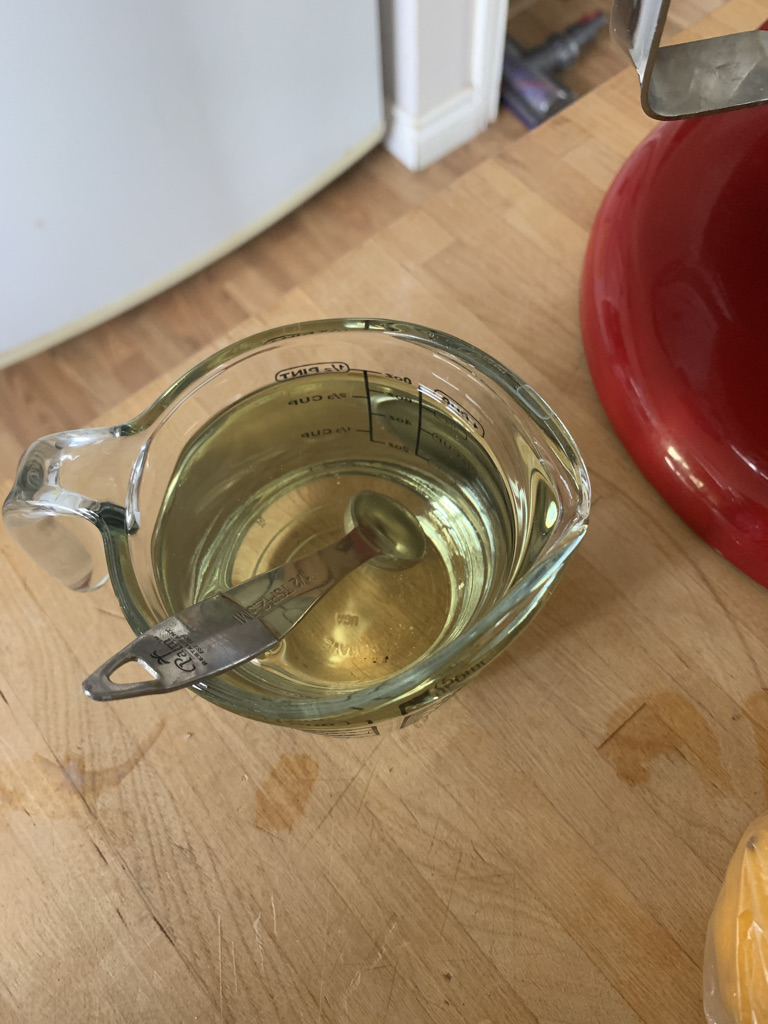 I use a whole egg in this recipe, but egg yolk is traditionally the main ingredient.  I used the entire egg because I feel like it adds a certain amount of insurance for the emulsion; it’s also possible I’m making that up in my head.  The critical factor here isn’t whether you choose to use egg yolk or a whole egg; it’s the speed at which you add the oil.  It has to be added slowly at first to the sauce.  You may speed this up later as the egg absorbs more oil but take it very slowly.  One egg yolk can also hold a maximum of 1 cup of fat (such as oil).  There is a new factoid for you.  If you use a stand mixer with your whisk attachment, you’ll want full power!  Turn up to eleven, as the saying goes.    Add your oil, one tsp at a time, until the mixture is starting to turn white.  Then add the oil a little faster in a thin steady stream.  Once the oil is gone, you should have a lovely fluffy white mayonnaise.  Taste it for acid (lemon juice and vinegar).  Add a little more if you think it needs it, or just leave it. 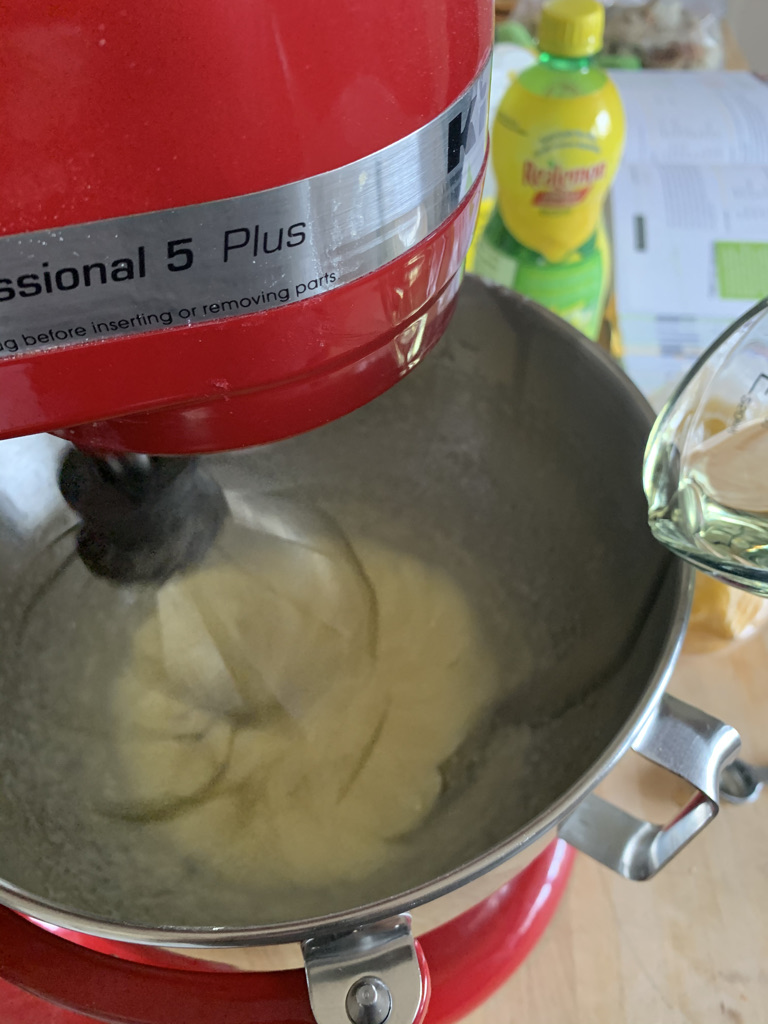