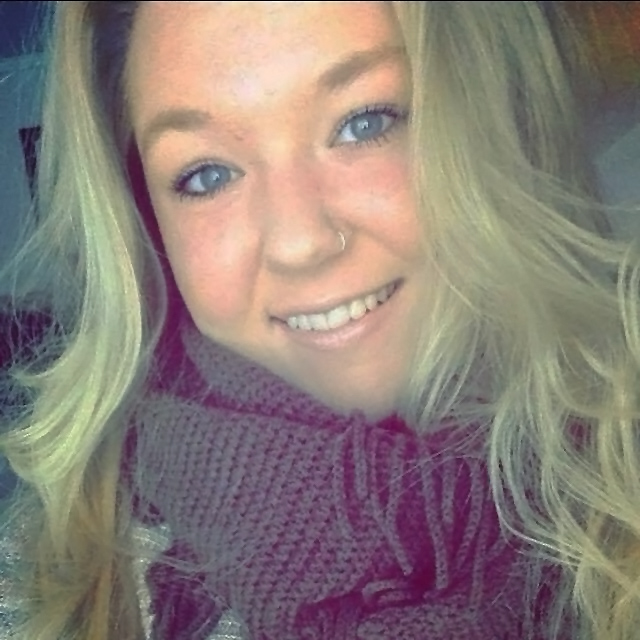 Orillia, Ontario’s Chelsea LeCamp is 21-years old, and enrolled in the Bachelor of Professional Arts in Human Services program.  “Born and raised in Ontario,” Chelsea stated that she “live[s] in a smaller city, but not one where everybody knows your name.”  She continued, “I live a pretty simple, modern day life but with high morals and values.  I grew up sitting at the kitchen table every day for dinner at 5:00pm with hats off and elbows off the tables.  Growing up with that sort of lifestyle really influenced my educational journey, making it an important and essential component of my life.  I’m an extremely shy introvert.  I was never a co-curricular sports player or had a lot of friends – but I like that.  I like it just being me!  I’m a memory maker, always planning the next adventure and that is a whole other life in itself!”

Upon completion of her program, Chelsea plans to further her education, working toward a “Master’s degree in Counselling with a future goal of achieving a PhD (specializing in Mental Health).”  She stated, “This program will open the doors for me into the career path that I need to be on to achieve my final goal.”

When she is not studying, Chelsea “enjoy[s] binging Netflix and eating comfort food.”  She stated, “I mean, who doesn’t, right?!  I’m a country singer (by hobby) and an acoustic guitar player—so if I’m not behind my computer screen trying to pass the next assignment or exam, you can likely find me strumming a couple chords, writing a few lyrics, or online shopping.  Online shopping is my current addiction, and I admit it takes up some valuable study time if I get a little sidetracked with Amazon deals!”

Her life’s greatest influence has been her father, who she credits with her strong educational focus.  She revealed, “My dad was very adamant about me getting education.  My mom was too, but my dad was hard on me.  He kept me inline when I didn’t want to be and taught me that education is a privilege when I felt like it was an option.  He set these big career goals for me when I was younger and now I think I just strive to get somewhere in life where he can say: ‘Yep, that’s my kid.’”

Chelsea opened up about her experiences with online learning, stating, “I struggle a lot with mental health issues, so I chose AU for the fact that I would no longer have to go to a physical location every day to achieve more education.  Online learning is definitely challenging because a lot of courses are new and unlike any of the ones I took at my previous institution …  teaching myself new concepts and courses is definitely a downfall to online learning.  The flexibility of setting your own deadlines and being able to work around home/work schedule is obviously the best part, but when understanding a concept or course doesn’t come naturally, you’re saying a prayer to your higher power all the time and that doesn’t sit well with my passion for education.”

Like many AU students, Chelsea’s educational journey has not always been linear.  She spoke briefly about some earlier struggles, “Last year was my first year as an AU student.  I was enrolled in the Bachelor of Arts in Psychology program and struggled immensely through some of the psych courses.  I wanted to specialize in psychology and the program was recommended by an academic advisor.  I started at AU with a clean education record, amazing grades (not to toot my own horn!), and as an academic scholar …  [W]hen I was unsuccessful in a course it really set me back.  I’m very adamant about being a good student.  I do school regularly, ask for help when needed, and always do my best.  It was not right that I failed a course.  I remember being so upset that I dropped the program altogether, never re-taking the course.  I have a future dream of becoming a counsellor (PhD specializing in mental health) so I knew I needed [a] university education, so I knew I had to keep going no matter how much I didn’t want too.  I took four months off and enrolled in a new AU program.  Looking back, I would not re-take the failed course.  I’m smart enough to know that a failed course after all of my education[al] accomplishments means nothing.”

Chelsea has not had “a memorable AU course yet or even a favourite so far,” stating, “I think all of my courses taken so far have all had their ups and downs.  If I had to choose one, ENGL 255 [: Introductory Composition] was relatively easy for me, and I remember feeling so confident about the exam – a feeling on an exam that I will likely never experience again.”

As for communication with tutors, Chelsea echoed recent student sentiment, stating, “If I’m being extremely honest here for my fellow students, the communications with my course tutors so far have been anything but good and have probably been my least favourite part about online learning.  I have really learned over the past two years that my tutors have not all been passionate about ensuring I understand the course they are tutoring.  Most of my tutors have been quick to respond which is about the only positive thing.  They have very brief responses and often don’t answer my questions directly to give me the clarification that I reached out for.  I honestly believe that AU would be an overall better experience if the tutors improved their service.”

When asked what her first project would be if elected as the new AU president, Chelsea stated, “I don’t know if the president of AU is the person responsible for this, but the layout of myAU portal is not actually as easy to navigate through as it seems.  I have experienced a lot of difficulty with it and have realized over the past two years that some fellow AU students feel the same.  I would make it easier to navigate and I would ensure deadlines are presented more visibly on the website so that they are missed less by new students who aren’t used of having to know when to submit a course registration plan.  After missing out on two months of precious education time because the AU deadlines changed without notice/informing me, I definitely see a problem there that I would strive to ensure never happened for another student who values their education.”

As for pet peeves, Chelsea feels that she has “more pet peeves than a human being should.”  She revealed, “I’m an easily irritated person because my biggest pet peeve is repetitive noises.  Imagine just how many repetitive noises can actually be heard every day.  There is a lot!  Clock ticking, people clicking pens, the microwave going, ‘Beep, beep, beep’ to tell you your three- hour old coffee is ready – my favourite, people chewing.   It sends an adrenaline rush of annoyance through my veins, and I feel absolutely terrible that so many people get victimized … [by] my outbursts because they were just eating their potato chips!”

When asked about which famous person, past or present, she would have lunch with, Chelsea stated, “My answer has always and will never change.  Miley Cyrus.  This may sound rather odd or surprising but the transitions she has gone through in life have been so inspiring to watch.  I would love to learn how to go from being a sweet, innocent soul to dancing around on a wrecking ball without a care in the world!  I would just love to share with her how much she’s influenced my life growing up.”  When asked where she would have lunch with Miley, Chelsea stated, “Anything but sushi.  I would love to dine at a simple restaurant and order appetizers.  I’m not a huge ‘meal-eater’ but who doesn’t love a ton of appetizers to share!?”

Chelsea stated that she has “learned so many lessons over the years, a lot about living and a lot about life.”  In particular, she stated, “I have learned the hard way that at the end of the day the only person you should count on is yourself because people can turn at any given moment, but you will always be there for yourself.  This also ties in with ‘if it hurts you, it hurts you.’  Reminding myself to only count on myself has helped me let go of toxic people, have more success in life, and be more passionate about my future career choice.  It was a hard lesson to learn, but probably the most valuable.”

Chelsea’s proudest moment was graduating from college two years ago.  She stated, “I didn’t attend my graduation because I was just so thrilled to never have to return to a physical school location ever again.  I was proud to see ‘with honours’ on my college advanced diploma and was even more thrilled that my family could know that my education was completed.  I made it to where they wanted me to get.  That mattered the most to me.  It was the biggest weight off my shoulders to date and although I am still trying to keep up with my education and obtain more degrees, now I feel like I am really doing it for me.”

Although Chelsea described herself as “one of those rare persons that doesn’t read books,” she did mention Rory Feek’s This Life I Live: One Man’s Extraordinary, Ordinary Life and the Woman Who Changed It Forever.  She stated, “I follow their journey over YouTube and have for years.  Reading their book gave me a bit of hope when I needed it most and I knew it would before I even opened it.  It was inspiring in a way that no other book could ever be.”  As for something on-screen, Chelsea is currently binging on Heartland.  “Who doesn’t love a good classic?  It is a classic.  It took me years to decide to finally start watching it.  Now, it consumes most of my time.  I love the idea of living in the country, on a ranch, and living life with family always at your side.”

As for what distinguishes her from other people, Chelsea revealed, “I really don’t think anything about me sets me apart from other people.  Most people who know me know that I am not afraid to be open about mental health, but it’s not something that a lot of other people can do so maybe it is something that sets me apart.  I have struggled with mental health issues for a long time and I think talking about it has saved my life.  When people talk to me about their mental health, I am one of the few people who do not sugarcoat it.  I don’t say, ‘It’ll get better,’ or tell them what they want to hear.  Life is TOUGH.  It’s okay to feel sometimes like you’re not living you’re just breathing, but you have to learn that it’s okay to feel how you feel.”  Best of luck Chelsea!