Articles
The Voice
The Art of Living Together 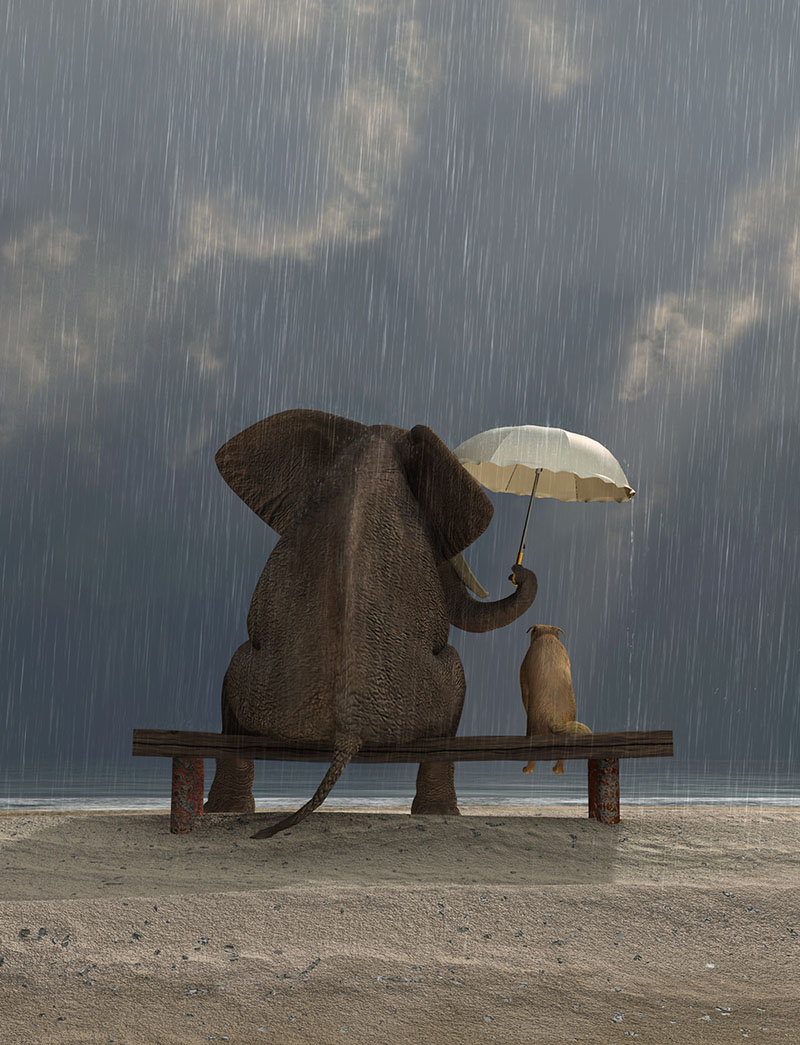 Humans sit atop the food chain due to our cognitive capabilities and our advanced ability to communicate with one another.  With everything we know about the cognitive and communication sciences, it might lead some to assume that non-domesticated cross-species collaboration is impossible.  It should not be possible for birds and crocodiles or spiders and frogs to “get along”, and yet they do.  It is hard to identify the starting point, where we can say this is where these and many more unique cross-species collaborations started.  However, these collaborations are nothing short of remarkable.

There are quite unusual cross-species collaborations on land that really challenge our understanding of how distinct species could have gotten to a point where they are working together.

Crocodiles are know known for their ferocious bite and even the slightest of movements result in them chomping down.  But plover birds who eat the food debris and leeches between the crocodile’s teeth are what help crocodiles avoid infection.  Crocodiles sit with their mouths open and allow the plovers to pick away, refusing to bite down on them despite being evolutionarily trained to shut their mouth at the slightest of movements.

Also, tarantulas are known to hunt critters including small toads, but the give the narrow mouth toad a pass.  This is because the narrow mouth toad keeps a tarantula’s den insect free, and it gives time the eggs need to hatch.  This specific relationship has been recorded in the USA, but a similar one has also been recorded in Colombia, where the lesser black tarantula often shares its home with a dotted humming frog, a prey it could easily kill and eat.  Scientists have even documented spiders grabbing these frogs and inspecting them with their mouths, before letting them go unharmed.

Life underwater is a little less glamourous, but crabs and fish are the most documented when it comes to mutually beneficial relationships with other water life.

The hermit crab, on the other hand, actively seeks out sea anemones.  This is because the sea anemones also protect the crabs from becoming pry–travelling on the crab’s back and feeding on its leftovers.  When the hermit crab moves into a larger shell, it often convinces the sea anemones to let go and the sea anemone allows the crab to reposition it on its new shell.  The anemones will not let go of the old shell otherwise, even if other creatures pull on them.

Goby fish and blind shrimp also have an unusual relationship, where the fish’s excellent vision is exchanged for the shrimp’s ability to keep the den clean.  The goby fish has also been documented giving the blind shrimp a tail flick when it spots danger so that they both go and hide.  On the other hand, clown fish bury themselves within a sea anemone’s poisonous tentacles, being immune to the poison and cleaning the tentacles from parasites while predators avoid coming near the stinging tentacles.

Humans have domesticated various animals for the sole purpose of taking advantage of their unique abilities.  Rats have been trained to detect mines, while boas have been used as guide animals to identify seizures.  While these are all cool feats, I find myself more in awe when the cross-collaborations occurs naturally in the wild.  However, no moment will be greater than when I first read that crocodiles had dentists that came in the form of the plover birds, it made me think of the Waterboy and his momma. His momma told him that alligators were ornery because they had a lot of teeth but no tooth brush.  For the record, I believe it is due to their medulla oblongata, but a tooth ache can make the even the happiest angry.

Nature Notes – From the Backyard to the Biosphere. Deer Insight

Nature Notes – From the Backyard to the Biosphere. Introduction