Columns
The Voice
Beats from the Basement—Synchronicity 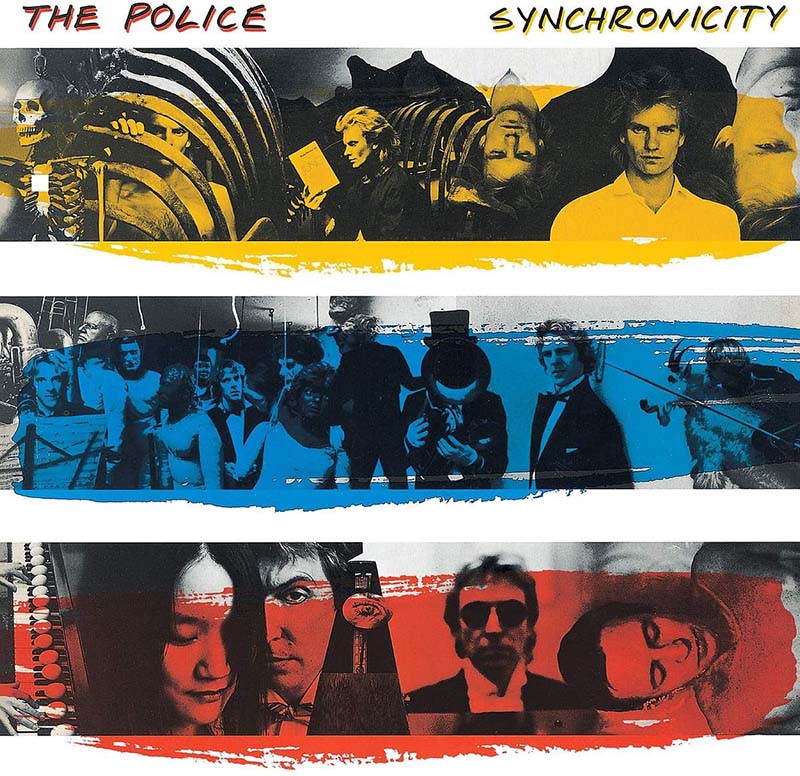 After essentially turning my entire basement upside down in the name of music, I have had a difficult time deciding what would be my penultimate entry for this series.  I suppose leaving my favourite new wave band, the Police, for last would’ve been more suitable, but I’ve got something else in mind instead.

That’s a topic for another time, of course, because we’ve got experiments to unfold and journeys to embark on in the final album by frontman Gordon “Sting” Sumner, guitarist Andy Summers, and percussionist Stewart Copeland.  1983’s Synchronicity managed to leave a lasting impression on critics and fans alike just before new wave was beginning to phase out, and it features considerably less reggae elements compared to the trio’s earlier efforts with their rock music.

Rather, the songs are primarily structured around thick textures and polyrhythms that mix synth pop with blues and ethnic influences.  Such enigmatic choices support the purpose behind Synchronicity: to show how seemingly unrelated though coincidental events, theoretically, may share a common meaning and are dictated by some arbiter of fate.  Each track should be regarded as an anthological contribution to this underlying theme, which seems to suggest that the unpredictable—and often, chaotic—nature of life is not born from a lack of control.

Our musicians expertly weaved these fascinatingly disconcerting ideas into the dark relationships we humans have with ourselves, others, and our planet.  From the title to the lyrics, Synchronicity abounds with literary references and heavy subtext that encourage listeners to explore the literature so they can reflect on the messages between the lines.

Ambition has its drawbacks, however.  One or two songs can break immersion with their stylistic choices alone because they make the album’s first half seem overproduced and abstract.  By contrast, the second half plays out like a coherent narrative, starting with “Synchronicity II.”  It uses the analogies of a working-class family man’s miserable life and the Loch Ness monster’s rage to illustrate an inevitable breakdown.  While I don’t think it’s necessarily the most sonically pleasing of the tracks, the rhythmic patterns and chord progressions do sensibly follow the lyrics.

Simpler arrangements can be effective in creating a particular mood, like in the highly misunderstood “Every Breath You Take.”  Summers and Copeland maintained an up-tempo beat throughout, but downplayed their performance to emphasize Sting’s balladic interpretation of how an individual’s jealousy leads to surveillance.  That many people over the years have considered this a declaration of love, as cynical as it sounds, might prove how we view relationships—and therefore, the point of the album.  That said, I respectfully disagree with Sting’s insistence that it’s malicious.  I find it sad and desperate, the epitome of a wandering soul in the night unable to cope with its losses or comprehend its faults.

My favourite piece of the Police era has always been “King of Pain” because it perfectly captures the daily energy that we, deep down, don’t enjoy keeping up.  The mixture of marimba with rock accompanies Sting as he observes unfortunate circumstances and simple annoyances as painful realities he must continue to endure under the guise of enthusiastic hustle.  How many of us completely ceased to participate in society and enjoy the little pleasures we can find because of the harrowing sights we might have experienced? Exactly.

For all these one-sided emotions, we have songs that are spitefully responsive such as “Wrapped Around Your Finger,” which describes changing—and unhealthy—power dynamics between two people.  There’s something very detective-like in its soft, yet suspenseful tone—a probing of the proverbial oyster, if you will.  It’s a reasonable direction for the music considering that it tries to navigate complex states of mind.

Synchronicity reflects its band members’ feelings at the time.  They were suffering through failed marriages and apparently did not get along with each other in the studio.  I would never wish misfortune on anyone, but it appears that their personal troubles may have authenticated the themes in their album.  Perhaps it was meant to show that, no matter how dearly they probably held one another, the time had come for a chapter to close as far as studio recordings were concerned.  It’s a beautiful kind of cruelty that makes you appreciate the journey more.