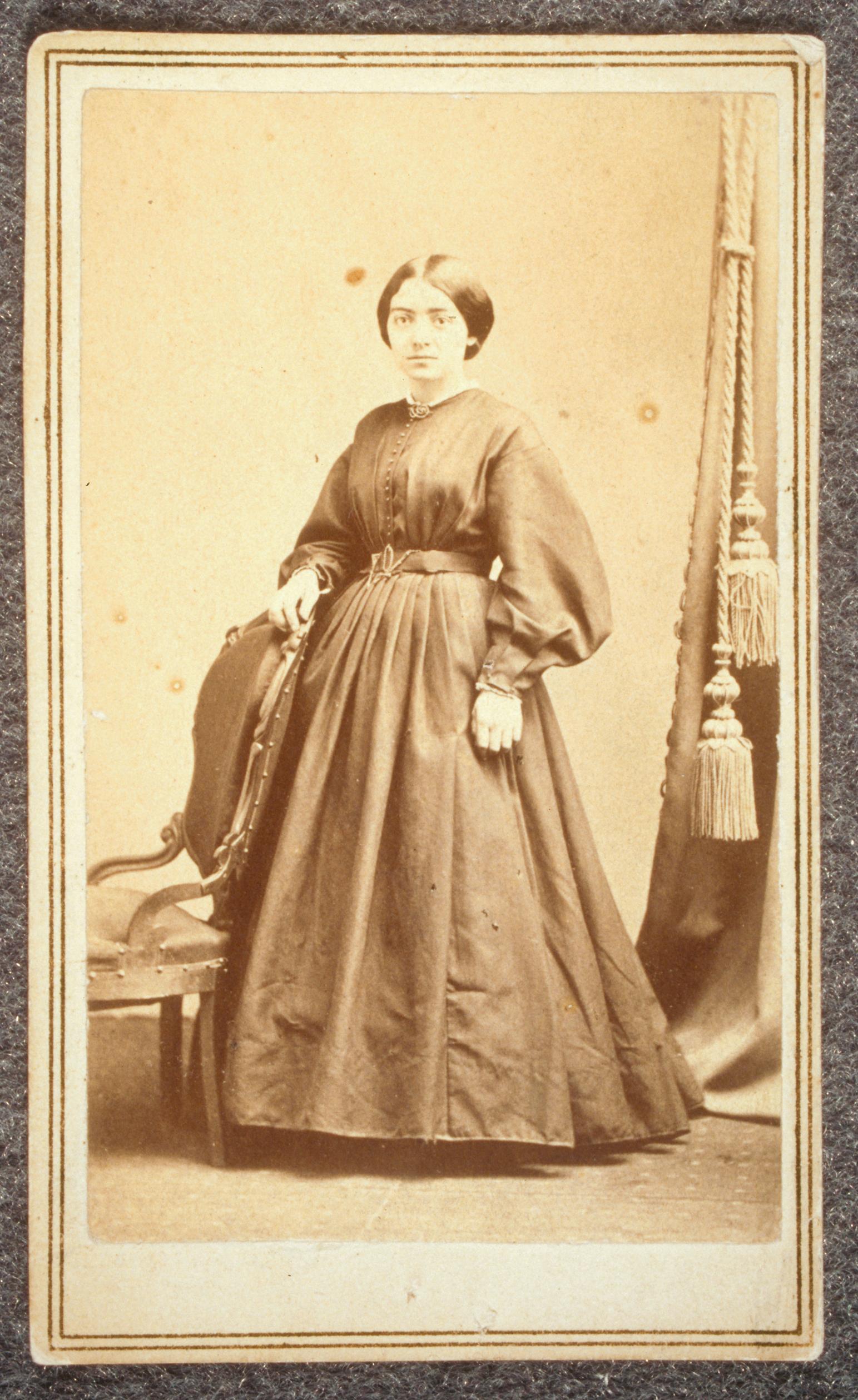 Mary Corinna Putnam Jacobi was a teacher, writer, medical doctor and was actively involved in the suffragist movement, publishing several articles.  She was the first woman to study medicine at the University of Paris and the first woman to become a member of the Academy of Medicine.  Jacobi was considered to be the leading female doctor of her time.

Mary was born August 31, 1842, in London England and died June 10, 1906, in New York, USA.  She was the oldest of eleven children.  For most of her early years Mary was educated at home by her mother, eventually attending public school.  After graduating in 1859, she began to study medicine.  In 1863 Mary became the first woman to graduate from a United States College of Pharmacy.  One year later she graduated from the Woman’s Medical College of Pennsylvania.

Mary continued her education at the University of Paris.  Being a woman she was required to attend lectures by entering through a separate door from the men, and had to sit at the front of the lecture hall near the professor.  Jacobi studied in Paris for five years and graduated with a prize-winning thesis.  She then returned to the United States where she began her own private practice.  In 1872 she was instrumental in establishing the Women’s Medical Association of New York City, serving as president from 1874 to 1903, where she was able to address the limitations women were facing in their pursuit of a medical career.

In 1873 Mary married Dr. Abraham Jacobi, considered the “father of pediatrics” in America.  Mary became interested in children’s diseases and, in 1886, opened a children’s ward at the New York Infirmary.  In addition to her medical work, Jacobi wrote more than a hundred articles on various medical issues, mainly in the areas of pathology, pediatrics, and neurology.  One of her articles was outlining her symptoms following being diagnosed with a brain tumor.  Mary was first published at 15 and went on to write nine books.

Jacobi remained actively involved in the suffrage movement.  Her essay “The Questions of Rest for Women during Menstruation” won the Boylston Prize at Harvard University.  This paper was in response to Dr.  Edward H.  Clark’s book “Sex in Education: or, A Fair Chance for the Girls ” where he claimed that any physical or mental exertion during menstruation could lead to women becoming infertile.  Jacobi wrote “Common Sense Applied to Women’s Suffrage,” a book that was often used as a reference tool to support the women’s suffrage movement.  Mary was one of a group of six  who founded The League for Political Education, which was a group that began as a pro-women’s suffrage group, but eventually opened up to both genders.  The purpose of The League for Political Education was to provide a forum where all people, could be educated on the important issues of the day.  This league ended in 1938 and was replaced by the building of “The Town Hall” where people of all ranks and positions could meet and be educated on the matters of the day.

Mary died in New York City and is interred in Green-Wood Cemetery in Brooklyn, New York.

Mary Putnam Jacobi was inducted into the National Women’s Hall of Fame in 1993.

Women You Should Know – Elizabeth Blackwell