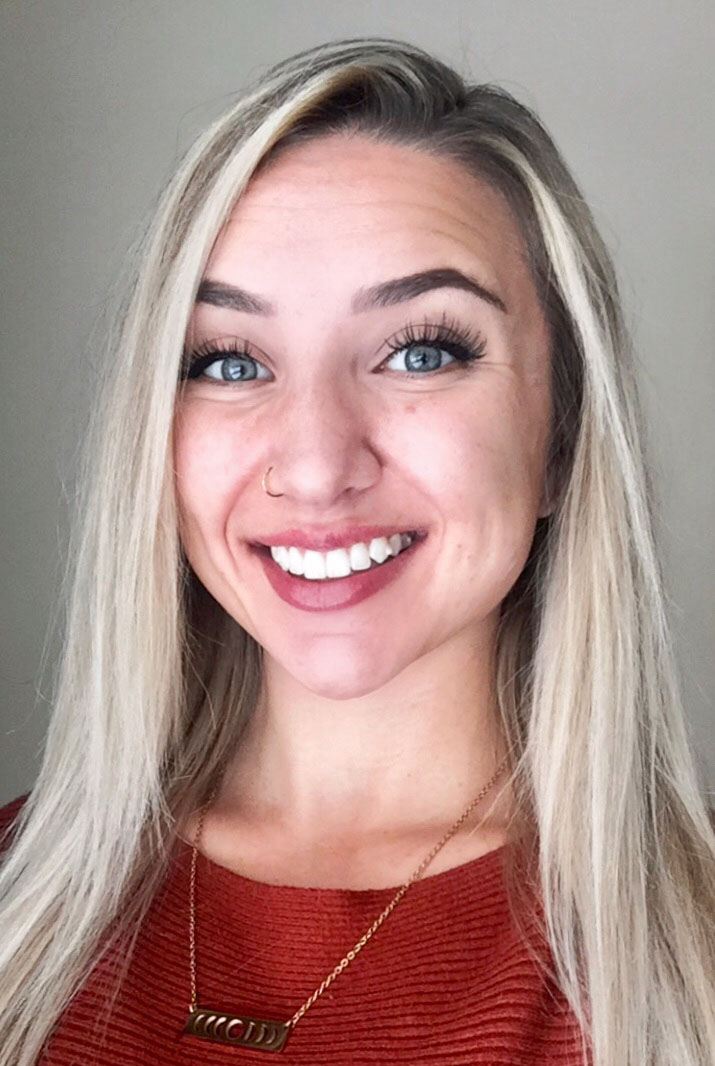 The Voice Magazine recently had a chance to chat with Adonica Salter, from Calgary, Alberta, the Treaty 7 territory of the Blackfoot Confederacy (the Siksika, Piikani, and Kainai First Nations), the Tsuut’ina First Nation, the Îyâxe Nakoda (the Chiniki, Bearspaw, and Wesley First Nations), as well as the Métis Nation of Alberta (Region 3).

Originally from Nova Scotia, Adonica has been living in Calgary for the past five years.  She stated, “I had a little bit of education before I came to Athabasca,” having completed one year of a Business Administration diploma, as well as a diploma in Event and Promotion Management.  She spoke briefly about her past career: “I worked in the events industry for a long time, and I really loved doing that.  I actually worked on a cruise ship for a little bit; I was an assistant show host … and I really loved that work.”

However, when she moved to Calgary, she “noticed that there is a salary maximum that you can achieve with a diploma. … It pushed me to go back to school,” she continued, explaining that she is now enrolled in her final semester of AU’s Bachelor of Management program.

She had also previously worked at Calgary’s Bow Valley College as an event planner, where she took care of graduation ceremonies, feeling “that it was meaningful work.”  But it was there that she decided that she “wanted to be part of that,” stating, “And now here I am!”

As for future plans, post-grad, Adonica stated, “I can’t wait to get to work, to be honest.”  She continued, “I just can’t wait to be working again, especially after these last three years.  I would like to work in an academic setting again.  I’m not totally sure in what capacity, but there are some courses that I’ve taken that had to do with business analytics and data mining.  I really enjoyed that type of strategic planning and making decisions that way.”

When asked to name an individual who had influenced her desire to learn, she revealed that no one in her family has had any form of post-secondary education, stating “No one necessarily influenced me …  It’s just been my own grit.  I just really wanted this.  I don’t necessarily know what I’m going to do after I’m finished my program, but I just want to be in a higher earning bracket.”

Overall, she feels that online learning has been positive, stating, “I loved it.  I have loved it from the beginning.  When I thought about going back to school, I really was not interested in what my idea of a traditional university was, in the sense of partying, living in a dorm, and eating off a hot plate.  I had no interest in the social part of it.  I just want that parchment so bad.  When I made the choice to go to Athabasca, I loved that it’s just all about the coursework, and I loved that my online courses were so well laid out.  I’ve loved having digital textbooks; there’s just so many features that you can do with digital textbooks that you can’t do on regular textbooks … I felt like being an online learner gave me the flexibility to work part time, while being a student as well.”  She continued, “I wanted to pay my living expenses and just take the minimal student loan.”

She never wavered about her schooling: “I have been pedal to the metal since day one.  I want my degree so bad.  Even in the hardest times … I used to wish for what I have now, and here I am in the last semester of my program.  It’s really hard, especially being an online student when you don’t have peers around you and there’s no one there to motivate you.  It’s all self-motivation and self-discipline.”  She continued, “I’ve always kept my eye on the prize.  I’m this far into it, there’s no way I would ever give up on it.”

Adonica’s most memorable course has ben WGST333:  Goddess Mythology, Women’s Spirituality, and Ecofeminism.  She stated, “That was an elective in my program.  For most of my electives, I have taken WGST courses, and they are phenomenal.  This one course in particular was so moving; when I was reading the content, there were parts that I was crying, I was gasping out loud, or just frustrated.  That course really touched on a lot on aspects of womanhood that are unspoken, and things that people forget about, or things that have been lost in history.  I recommend that course to so many students because it was really easy for me to do well; I loved the content, I really wanted to do the work.”

This particular course spurred her to continue in the WGST program for her remaining electives.  She admitted that before taking the courses, she did not think much “about feminism and womanhood,” and now, “My eyes can’t unsee any of that.”  She also highly recommends WGST322: Sexuality in Society.

She feels that she “doesn’t have to really contact” her tutors very often, stating that this is “because most of my courses are really well laid out and “can find the answers myself.”  However, during the instances that she has had made contact, she has found that they “have been very helpful and very genuine people, especially during a lot of the WGST courses.  Many of them have phone interviews … They give you so much excellent feedback or dig deeper into certain questions.  I find it very valuable.  It also removes that veil of the electronic aspect of online learning.  To talk to a real person is a real reminder that there are other people out there.”

If she were the new president of AU, without hesitation, Adonica chose “student health benefits” as her first project.  She continued, “I know that this is a subject that a lot of people feel that the school could work on for students.  And I know that not everyone does their entire degree here, but for me, that would be a wonderful aspect, because for the past three years, I have not had health benefits.”  (For students who may be interested in a recent proposal for health and dental benefits at AU, check out AUSU’s website and consider leaving some feedback on their survey.)

She would love to meet “Lady Diana, Princess of Wales,” who “was a phenomenal public figure.”  She also admires “her activism work in a time when women, especially in the royal family, were very much groomed to live, and be, and behave in a certain way.  I really admire the way that she carried herself and the changes that she made here in society.”  The lunch “would be at Buckingham Palace (of course!), maybe having tiny sandwiches and tea.”  She was confident that, “We would have lots to talk about!”

Adonica’s most valuable lesson in life has been “that life does not get easier, we just get better.  You just get stronger, and you learn how to deal with the things that come at you.  There is never going to be a time in my life when everything will be perfect, and I’ll be ready – you just become a stronger person to deal with the realities of life.”  She concluded, “Life doesn’t get easier, you just get stronger.”

Her proudest moment occurred while working at Bow Valley College as a prospective student representative, “advising about seventy students a day for about two years.”  She continued, “I really loved Bow Valley College, and my proudest moment was when I moved up into the company as the event planner and worked on the graduation ceremonies.”  She stated “For me, that was like coming full circle, because many of the students that I had met in their journey to Bow Valley College, … being accepted [into it], and moving throughout their program.  In that position, I was able to give them the convocation that they deserved.”  Her favourite part was the graduation ceremony, stating, “I actually overhauled the grad ceremony and just made it bigger, better, and flashier.  I just really wanted to do a good job; I felt very proud to work there and be contributing to a small portion of their wonderful community.”

One thing that distinguishes her from other people is that she “love[s] public speaking. … In a different life, I used to be a recruitment officer for a different college.  I used to go to high schools and give hour-long presentations … I enjoy that form of effective leadership and using my voice.”

Although she is currently “swamped” with assignments, she has found a bit of time to watch Netflix’s This is Us, which she called “so extremely heartfelt and emotional.”  She also recommends Milk and Honey by Rupi Kaur, “a short collection of feminist poetry.”   She mentioned, “I find it very heartfelt and I give it to all my friends.”

As a final note, Adonica related, “One of the biggest resources for me as a student has been the AU online community.  There are some really active Facebook groups, and especially on the app.  Having those student resources really helps you feel like you’re not alone.  So many people ask questions on there every day and get real answers from real AU students.  I remember back in my first year thinking that these people must be so much further ahead of me; I felt like such a newbie to AU … but really, everyone is the same.  Everyone is so willing to help each other, and we’re all just ticking off courses on our DegreeWorks planner to get it done.  Those communities have been a huge resource to me, so thank you to all those people out there.”  Best of luck Adonica!