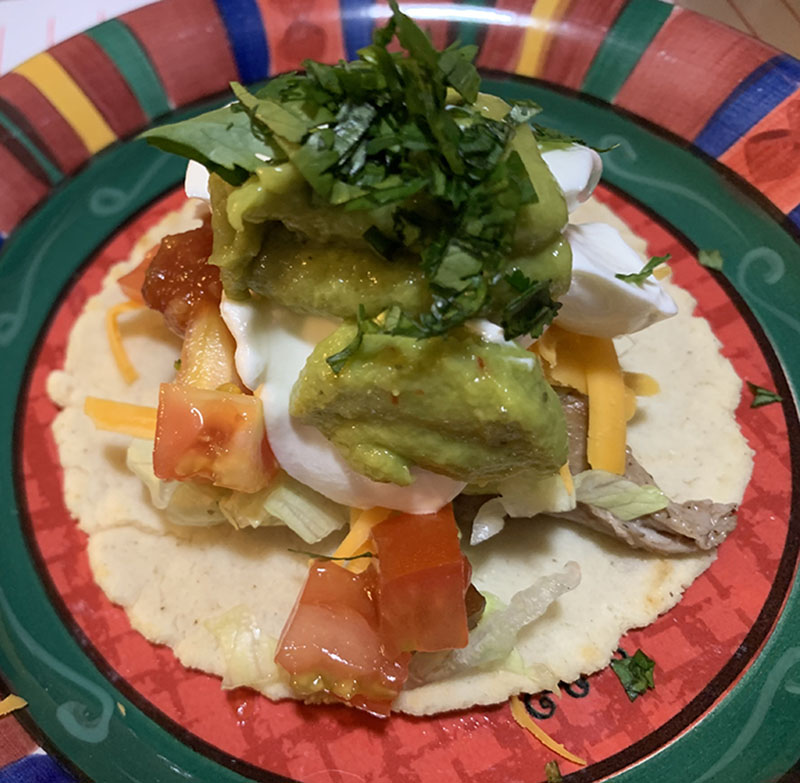 There is probably a shirt out there somewhere that says, “Either you like tacos, or you’re wrong!” I have one with that saying about bacon, so I’m sure a taco one exists.

This recipe is a fusion chicken taco recipe between Caribbean jerk seasoning and Mexican tacos.  This chicken is not a traditional jerked chicken because when I was looking for our taco seasoning and couldn’t find it, I decided to use our jerk seasoning instead.  It’s a little spicier but so good!  We call it James’s Jerk Seasoning, after our son.

Considering how close these regions are, the jerk’s flavour is still unique, but one can tell where there is some Spanish influence in the area.  Both Mexico and the Caribbean share some similarities in their influences.  Spain is the common denominator for them, while the Caribbean also has Dutch, African, French, Indian, and other diverse influences.  Mexico is more native and Spanish influence.  Both regions consume a variety of meats, but chicken is used consistently in each area.  Since these regions share some relation, it’s not a surprise that one can fusion some of the foods together.

We also made our corn tortillas for this recipe.  I buy a premix from my local grocer called Maseca, and it has directions for how to make their tortillas.  Our youngest loves making tortillas, so I enlisted her to help.

She flattened them and put them on the griddle, and I cooked them and removed them.  If you don’t have a device to flatten tortillas, you can just use a rolling pin.  Store-bought is ok too, but I highly recommend you find a Latin store and get corn tortillas from them.  Our local grocer has a decent product, so we buy those when we don’t want to make our own.

This dish is meant to a quick and easy Taco Tuesday recipe, so do what makes you happy.  Make your own, or buy them, don’t feel guilty!  Just enjoy the food you eat. 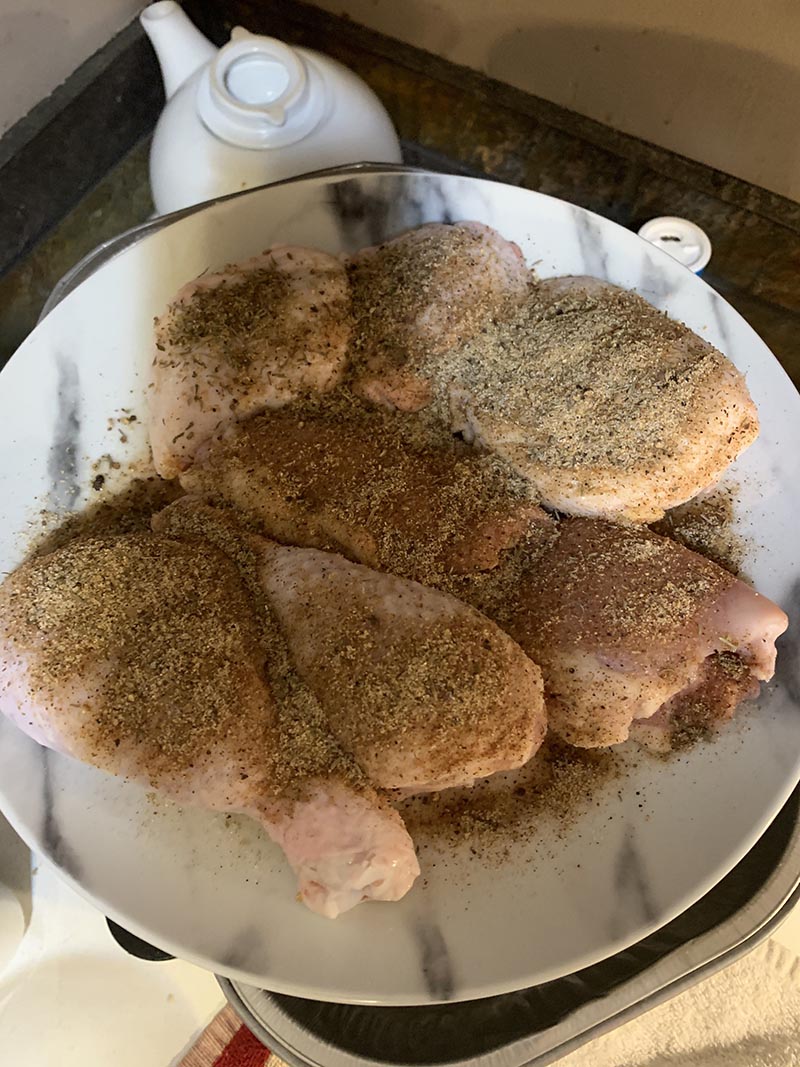