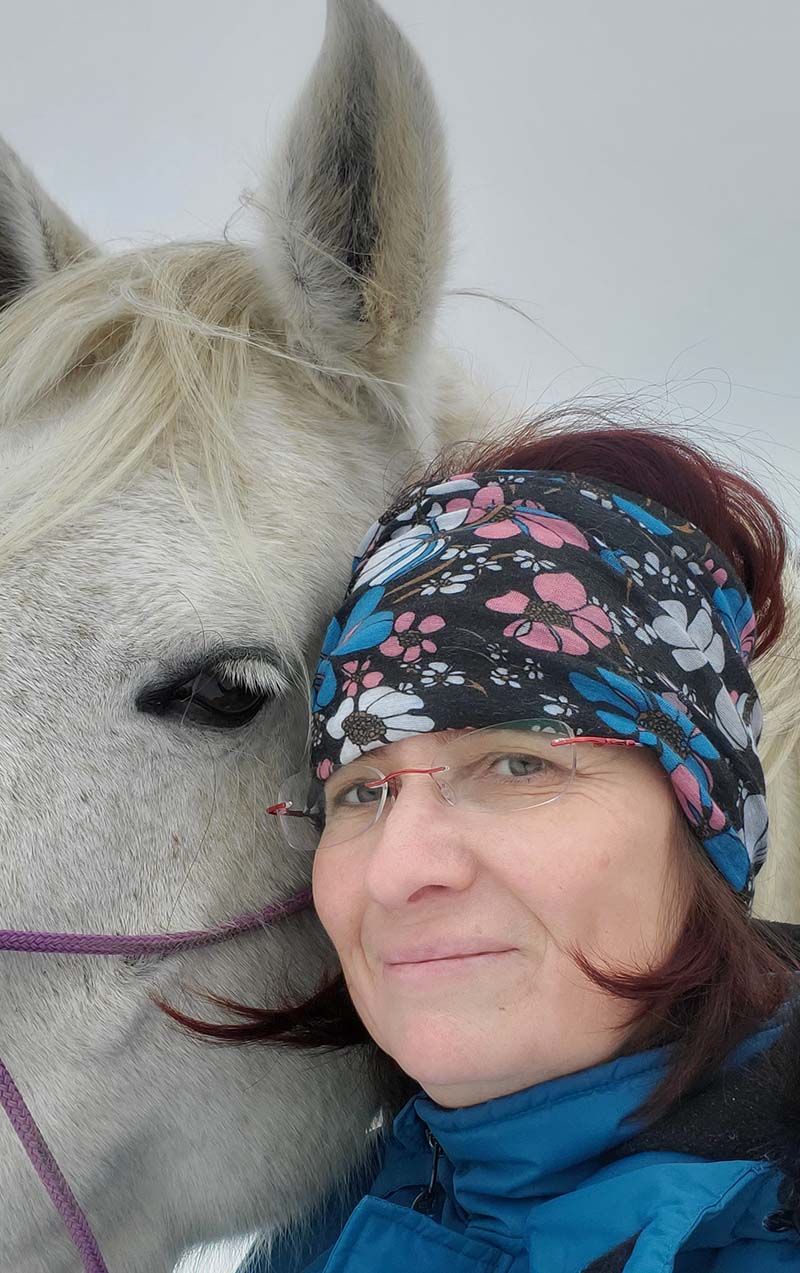 The Voice Magazine recently had a chance to chat with Andrea Austin, from Quesnel, British Columbia, located within the traditional and unceded territory of the Lhtako Dene.  Andrea is currently enrolled in the Bachelor of Science in Applied Mathematics, with a focus in physics and astronomy.  Her plan is to continue studying, stating, “I am looking at an MSc in either astronomy or astrophysics.  After that I will be doing a PhD, with the ultimate aim being to go into research and teaching at a tertiary level.”  She continued, “I joke about being a crotchety ancient professor teaching university in my 90’s and no one being able to get rid of me as I have tenure.”

Andrea emigrated to Canada in 2014 from South Africa, where she was born and raised, revealing “I love my adopted country and the opportunities I have here, like going back to school.”  She stated, “I had been a therapeutic riding instructor and horse trainer before going back to school, but needed a career change.  During this period, I also started dealing with past trauma due to childhood abuse and sexual assault in my teens.  I was diagnosed with PTSD and went through rough years coming to terms with this.  Working through had a definite influence on me going back to school.  I realized that I only have this one life to live and I am only halfway.  I decided to live the second half to the fullest and follow my dreams; I enrolled at Athabasca in 2019 at the age of 48.”

When she is not studying, she is “an avid equestrian and spend[s] a lot of time” with her horse; “My daughter and I ride together.”  She continued, “In summer, my kids and I ride bikes and kayak; in winter, we skate.  I also homeschool my two teenaged children and that takes up a lot of my spare time.” In addition to this busy lifestyle, she is also a volunteer firefighter.

Andrea’s mother had the greatest influence on her desire to learn, “mainly because she gave up her career for her family and was bitter about having done that.”  She continued, “I always swore I would never end up that way.”  Other influences she mentioned: “Annie Jump Cannon and her work in astronomy when it was mainly a men’s field was an inspiration, as was Stephen Hawking, who achieved greatness despite many challenges.”

Her experience with online learning “has been positive,” stating “I have found the teachers to be supportive and helpful; one just has to ask.  I mention this as it is easy to feel isolated when studying online and not having access to a tutor in person.  I do like being able to structure my studies around my kids and being home with them, but that positive also has its downside, as it is far too easy to get bogged down with other things and the studies take a back seat.  I miss having classmates and being able to chat to the teacher as needed instead of waiting for a response to an email or a time to chat via the phone.”

When asked if she had ever wavered about continuing her education, Andrea revealed, “I haven’t really wavered since deciding to go back to school in 2018; I am very determined and, once I commit to something, I tend to focus on seeing it through no matter how long it takes.  This year COVID-19 did leave me thinking I may need to re-evaluate my long-term plans and take longer to finish that I initially planned, so I now have a plan B in place to go back to being a riding instructor on a part time basis, or be a math tutor should the need arise.”

Her most memorable course thus far has been MATH216: Computer-Oriented Approach to Statistics, which she completed earlier this year.  “For someone who loves math it was a shock, and a really difficult course.  This course is also memorable as I was studying through the first COVID wave and everything was in upheaval.”  She has found communications with her tutors positive, stating “Studying online has been an adjustment, but if have always had a positive response when reaching out.”

As for non-AU related reading material, Andrea is currently enjoying Endurance by Scott Kelly and The Grand Design by Stephen Hawking.  Although she does not generally watch TV, she “recently watched Interstellar (mainly because of how realistic the scenes from space and black holes are).”  In addition, “I also watched Hamilton (at my daughter’s request, she loves theater and musicals and is a fan of Lin-Emanuel Miranda).”

When asked what her first project would be if she were the new president of AU, Andrea’s answer was concise and something on the minds of many students: “Better funding for schools so that it is more affordable for students.” 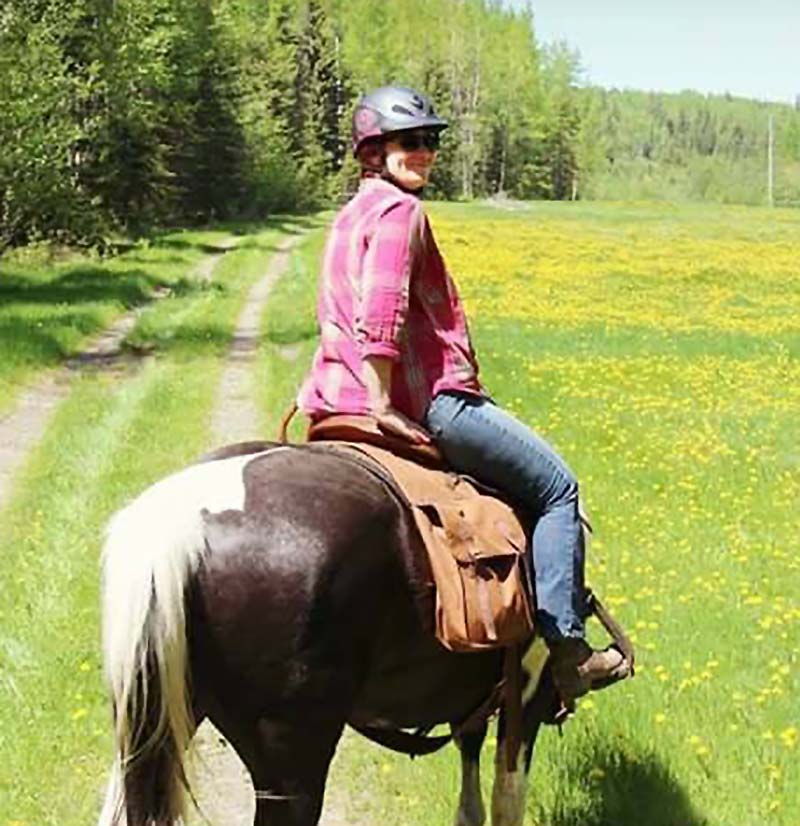 In response to which famous person, past or present, she would like to have lunch with and why, Andrea chose Amelia Earhart because “she was adventurous and a pioneer in her field as the first female aviator to fly solo across the Atlantic.  She was a feminist and showed women that the sky in not the limit.”  Fun fact: She even named her daughter after her!  The lunch would be “[c]rab curry and loads of seafood.”  She stated, “I love seafood and it is a fun meal to share when you want to relax and enjoy good company.  Can’t be too serious cracking crab claws and making a mess.”

Although she prefers to stay away from dishonest or closed-minded people, Andrea’s most valuable lesson learned in life has been, “That no matter what happens, I am the only person responsible for my happiness and my decisions.”    And her proudest moment? “Deciding that I have it in me to go back to school and follow my dreams.”

One thing that distinguishes her from other people is that she is outspoken and not afraid to stand up for human and animal rights.”  She continued, “I also live my life fearlessly and am not afraid to be 100% myself.  My favourite quote is: ‘You have enemies?  Good.  That means you’ve stood up for something, sometime in your life.’ Winston Churchill.”  What few people know about Andrea is that she was an environmentalist in her 20s, “long before it became fashionable.”  She was also “a member of Earthlife Africa, where we fought for animal and environmental rights alongside Greenpeace.”  Best of luck Andrea!

A Bug In Your Ear: OUR SECOND AU PROFILE: