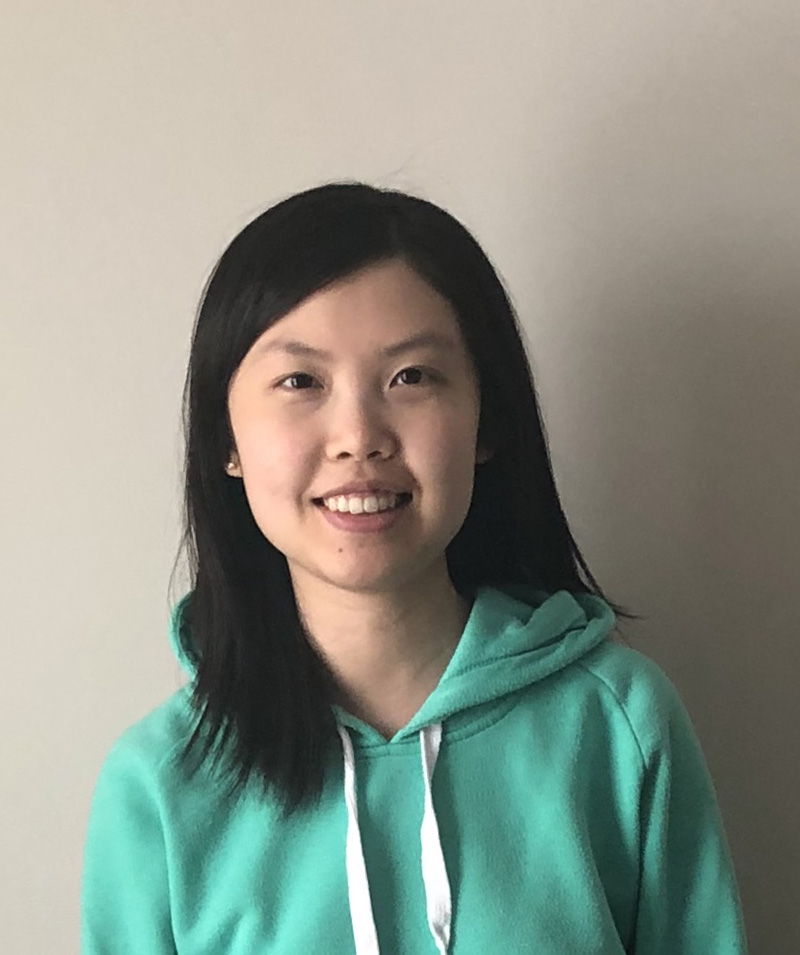 The Voice Magazine recently had the chance to chat with Karen Lam from Calgary, Alberta, the traditional Treaty 7 territories of the Blackfoot Confederacy (the Siksika, Piikani, and Kainai First Nations), the Tsuut’ina First Nation, the Îyâxe Nakoda (the Chiniki, Bearspaw, and Wesley First Nations), as well as the Métis Nation of Alberta (Region 3).

Karen is currently pursuing a Bachelor of Science in Computing and Information Systems at AU after taking a two-year break from her educational journey.  She had previously graduated with a Biology degree from the University of Calgary.

She currently works in an administrative job with Alberta Health Services, where many of her coworkers have studied at AU.  She stated, “My manager said, ‘If you want to go back to school and you want to keep your job, this is a really good program, and this is a good university for you to try.’ That’s how I ended up here doing my second degree!”

Following graduation, Karen hopes to work “in the computer science or tech field.”  She revealed, “I’m not sure at the moment if I am looking toward a private or public sector job, but my whole life I’ve worked in public.  I would like to stay, but there aren’t as many opportunities in the public sector for tech.”

Karen describes herself as “a homebody.” She stated, “Because I’ve worked in the library in the past, I’m a huge bookworm.  Before the pandemic started, I would read fiction, science fiction …  all sorts of types of books.  When the pandemic started, the libraries all closed down, so I started streaming Netflix.”  She continued, “I really like K-pop and K-dramas, but I don’t speak Korean, so I rely on subtitles.”  Karen is currently watching a Korean TV series on Netflix titled, Start Up, about individuals who create “their own start up tech company and the challenges they overcome.”  She is also learning Korean because she “has always been into K-pop music and wanted to understand the music and watch the dramas – [and] appreciate the language without .  .  .  subtitles.”  (Check out Karen’s latest recommendations for her favourite K-pop and K-dramas in a recent issue of The Voice Magazine!)

Karen’s parents have had the greatest influence on her desire to learn, “because they came to Canada not knowing English …  [and gave] up their careers in Hong Kong for a better future.”  She continued, “Seeing how much they sacrificed for us — that was a great inspiration for me to pursue higher education and really put everything toward a good career.”

Since Karen has experienced both a traditional brick and mortar education, along with an online learning environment, she feels that “that online learning definitely requires a lot more work.” She also believes that in an online framework students do not simply rely on lectures and class notes, instead, truly learning and understanding the material.  She elaborated, “I feel that the study habits are definitely different, but I feel like I’m learning more and understanding the material much better through online.”

Although dedicated to her studies, Karen did waver about continuing her education at one point.  When she finished her first degree, many people informed her “that when you start working, it’s really hard to find the motivation to go back to school.”  She stated, “That’s really true!”

Karen has worked many different types of jobs throughout her life, including the library and the non-profit sector, and realized that if she “wanted to go further, that education was really important to help me get to my destination.”  She continued, “Athabasca is really nice because it gives you that flexibility to keep working and continue your life while you study.”

She has found communication with her tutors “pretty good.”  “They’ve been really responsive.  … Sometimes it does take longer but, as I mentioned, I did a degree at U of C, and I had professors who never responded at all …  All my tutors [at AU] do respond, some of them take a bit longer …  but most of them respond in a timely fashion.”

Her favorite course so far has been COMP268: Introduction to Computer Programming (Java), which was “super challenging because I’ve never programmed.”  Although it was difficult, “by the end of the course, I learned so much.”

As for non-AU related reading material, Karen is currently pursuing Unfree Speech: The Threat to Global Democracy and Why We Must Act, Now by Joshua Wong, a “Hong Kong activist.”  She stated, “Because my parents are from Hong Kong and because of all the political issues that are happening there right now, I’ve kind of gained some interest.”  Karen last had the chance to visit Hong Kong four years ago.  Previously, she had visited as a baby with her family.

When asked what changes she would pursue as the new president of AU, Karen stated that she would implement “more internship opportunities for students.”  She explained, “A lot of people choose universities based on their internship programs” or their reputation, with the end goal being to find a job in their chosen field.  “The importance of having a good internship program or networking [opportunities] is very important.”

If she could meet any famous person, past or present, for lunch, Karen chose “any of the prime ministers.”  She revealed, “I don’t think I have a specific one, but I’ve always thought it would be so cool to see the type of job, the type of work, a prime minister would do, especially in Canada …  during the pandemic.”  In particular, she would like to see “all the changes and the implementation of new funding for COVID-19.”  The lunch would be sushi and bubble tea!

The most valuable lesson that Karen has learned in life is to “never give up.”  She stated, “Through my first degree and (currently) the second degree, there are so many challenges in life, whether academically or at work.  One thing is just to stay positive and never give up.”

Karen’s proudest moment to date has been her volunteer work managing two of the largest science competitions during her time at the University of Calgary from 2015 to 2017.  As an introvert, she found it a bit difficult, especially when she had to make a speech in front of 200 people.  “That was one of my proudest moments, that I had the courage to step out on the stage and make that speech and deliver and manage that competition.”

As a final note, when asked about what distinguishes her from others, Karen chose her flexibility.  She stated, “I’ve relatively flexible …  I’ve found that …  it doesn’t take me long to adapt to a new environment.”  Best of luck Karen!