Columns
The Voice
Descartes and his Demon of the Mind 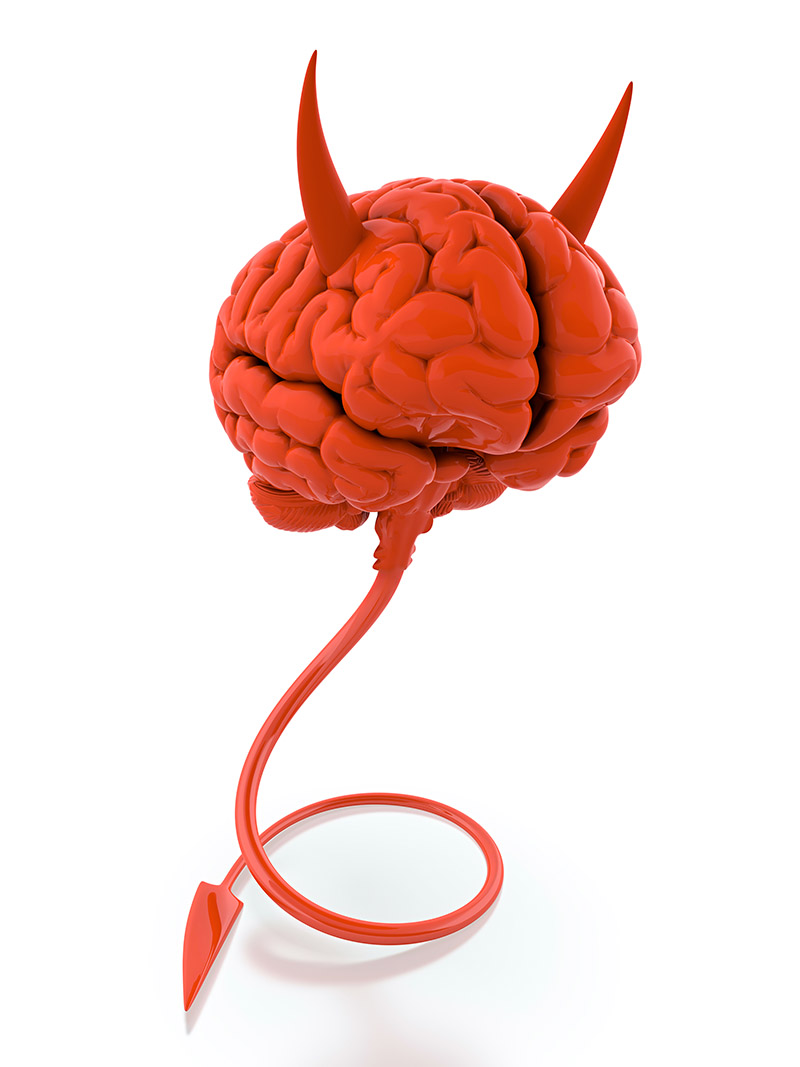 Ever study so hard your brain hurts?  It’s common, but not everyone talks about it.  Maybe that’s because the traditional solution, a brain break, seems obvious.  Yet, what if that dull pain behind our eyes is merely our ego deceiving us into thinking that we’re suffering from intolerable mind cramps?  As we try and cram for that invigilated AU exam, things come into focus and we power through such discomfort.  Yet, for the rest of the semester, the tendency is to give in and take a break rather than push our limits.  The question of whether what we’re feeling is valid, or a justification for what the more vulgar among us term screwing the pooch, has haunted philosophy evermore.

Consider how in every moment our mind is there doing the feeling; we are the common denominator in all that we encounter.  When we’re worn out from studying the feeling is real but is it objectively verifiable?  For Rene Descartes, our physical senses were suspect and by no means sensible.  Descartes trusted his intellect far more than his senses.  While our eyes can be fooled our minds eye can acquire lucidity when we concentrate.  “While I was trying to think everything false, it must needs be that I, who was thinking this, was something” (Descartes in Williams, 347).  Wherever we go, there we are.

And therein lies the crux of the matter: to contend with our feelings we must contend with our self as the one who feels.  And to succeed at distance education we must make peace with our attention span such that we interrogate our feelings that we may better ward off excess dalliance.  Remember, since we were little the concept of a recess was exciting.  Less so the concept of studying when we didn’t have to.  The trick at AU is to make the “have-to”s enjoyable, or at least bearable.  It takes discipline, but for Descartes the start is to realize that what’s most true in our mind is that we are there prior to sensations of even our mind wandering.

Once we separate our essence from the flighty passions of our distractions, we have a shot at improving our rate of progress in a course.  Comparing evidence helps provide context; for instance, if you know that ninety minutes is your maximum time for taking notes without having a conniption fit, then when you feel beat after half an hour you can wager that it’s your lazier side running up the surrender flag.  We deceive ourselves all the time; think of how different it feels to be full of vegetables than full of pizza, or of doing any enjoyable task rather than engage in drudgery.  Our limits tend to be subjective and that includes the limits of what we can know to be true.  Descartes was suspicious that, lurking just behind his eyes and masked amidst the belief in intuitive and self-evident truths, was an Evil Demon.  This creature, or in the language of what I’d term the modern Industrial Therapy Complex, this core belief, lives like a parasite embedded in our consciousness.  Such a rogue could fancifully lead us to believe a fallacy such as that 1 plus 1 equals 3 or, crucially, that we are too tired to do our schoolwork.  Happily, Descartes figured that he had an ace in the hole: himself!  His incantation went: “…let him deceive me as much as he wishes, he will never bring it about that I am nothing as long as I think I am something.  Thus, having weighed up everything adequately, it must finally be state that this proposition ‘I am, I exist’ is necessarily true whenever it is stated by me or conceived in my mind” (https://partiallyexaminedlife.com/2015/08/18/descartess-horror/).  We’re always there as the one who thinks and feels, our being precedes our essence in this case.

Be There Now but are We Ever Absent?

No one takes attendance at AU; our outcomes must speak for themselves.  And that’s all the more reason why we have to be conscious of our attention span—or lack thereof.  Being there and paying attention: that key to academic greatness, or at least a reasonable degree of scholarly success.  But wait, when are we not really paying attention?  Think of the diligence with which we prepare a hard-won snack between study sessions; our attention isn’t costing us the same price as when we do something harder, requiring more assiduous brain linkages.

It seems our brain seems to freeze right when we need it most!  Maybe our ego is just lazy and butt-hurt that we’re not allowing it to meander whimsically through more pleasurable material.  School, like anything that fits a need rather than a want, offends the sensibilities of our ravenous lizard brain that would prefer that all the world be a reservoir for wish fulfillment.  Those moments in which we are conscious of our attention are like tree tops above snow drifts; most of our potential to flourish remains beneath the surface.  And once we’re aware that we’re focused, we’ve already broken the spell of rapture.  That’d sure explain why our minds feel sore and exhausted when we study for too long: we’ve no time to be lost in thought when our attention is directed and programmed by our learning program.  That’s why the act of looking at one’s watch or phone is implicitly a sign of boredom; awareness of time implies a flight from the present.

It may even be that attention span, something we pay as well as something we give, is itself in the nature of suffering.  Consider how a key Buddhist text makes of the external sensory world a land of hellfire akin to the infernal fires of Dante Alighieri:

The mind, monks, is burning, thought is burning … and despair.

Our senses, required to read and write and learn, must be subordinate to our mind if we are to cathect our creative impulses into an intriguing mixture that will make our assignments sing.  We are not robots; thus, to think mechanistically about learning is as questionable as taking our sense of being brain-bored at face value.  It’s when we interrogate our sensations using our greatest tool, our mind, that the magic kicks in.  Perhaps when our brains feel stymied that’s because there’s unheralded potential waiting to be unleashed.  Catharine Malabou reminds us that we don’t always realize how much genius we have, because we’re trained to adapt to, rather than transcend, our circumstances: “To ask ‘What should we do with our brain?’ is above all to visualize the possibility of saying no to an afflicting economic, political, and media culture that celebrates only the triumph of flexibility, blessing obedient individuals who have no greater merit than that of knowing how to bow their heads with a smile.”  So instead of resisting our brain’s call for a break, maybe we can learn to listen to what our brain wants to add to our AU proceedings.  After all, learning is about learning how to learn and apply our selves to our studies.

Fly on the Wall—Limbic Fantasies Amid Study Reality

Fly on the Wall—Because Deadlines