After all the worry, the ominous warnings of violence, insurrection, and revolution, the democratic transfer of power in our neighbours to the south was peaceful.  Uneventful, even.

I’ve read that many of those believing the QAnon conspiracy, people who truly expected some grand reveal in the final moments of Trump’s presidency that would expose the depths of the conspiracy to the world, are finally being forced to come to grips with the idea that what they were doing was nothing more than an elaborate fiction and role-playing game.  A massive dive into apophenia—perceiving meaningful connections between unrelated things—that was happily exploited by those who could benefit from the tale these people built for themselves.  A conspiracy that grew itself through positive reinforcement to members who found the next piece of coincidence that matched and forwarded the already developed narrative, while dismissing any evidence and arguments against it as plants of the conspiracy itself.

Thus insulated and feeding on bullshit, the conspiracy grew to become a movement that we saw the expression of at the Capitol Building in Washington, D.C., with a promise of more to come.  More that never did come.  If only it was as innocent as that.  But five people are now dead.

That’s something that somehow managed to get lost in the days that followed, with the worry about the possibility of future violence, with the impeachment of Donald Trump, with so many other things that seem terribly important, it seems that the reality that five people died for a ridiculous lie isn’t that important right now.  It’s not something that we want to remember, but, if you ask me, it’s the most important take-away from the entire thing.

Because those are five people that could still be living their lives, seeing their families, perhaps helping other people, if we just learned to be a little more open to the idea that maybe we don’t know everything ourselves, and maybe there’s reason to hold off rushing to judgement, on anything, until we’ve had a little time to listen to experts, to see if there’s a counter view that makes sense, to understand that, sometimes, the world just sucks and there doesn’t have to be a reason or an evil cabal behind it.

I think when we start being able to accept that the world is sometimes senselessly, needlessly bad, and that that’s okay because it’s only sometimes, we can save ourselves a lot of grief and harm looking for and wishing for explanations that don’t exist.

And at the end of it all, this too has passed.  More to come did not come.

Instead, life proceeds, and with it, the latest issue of The Voice Magazine.  This week, we’re featuring an interview with our own Xine Xu, and we dig into Descarte’s view of the brain and how AU students can tell whether they’re actually worn out from studying, or just bored of it.  We also have a brief intro to ASMR and meditation.  What are they and are they right for you?  Plus, of course, events, scholarships, advice, and more! 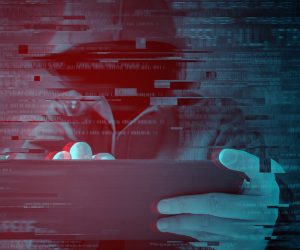