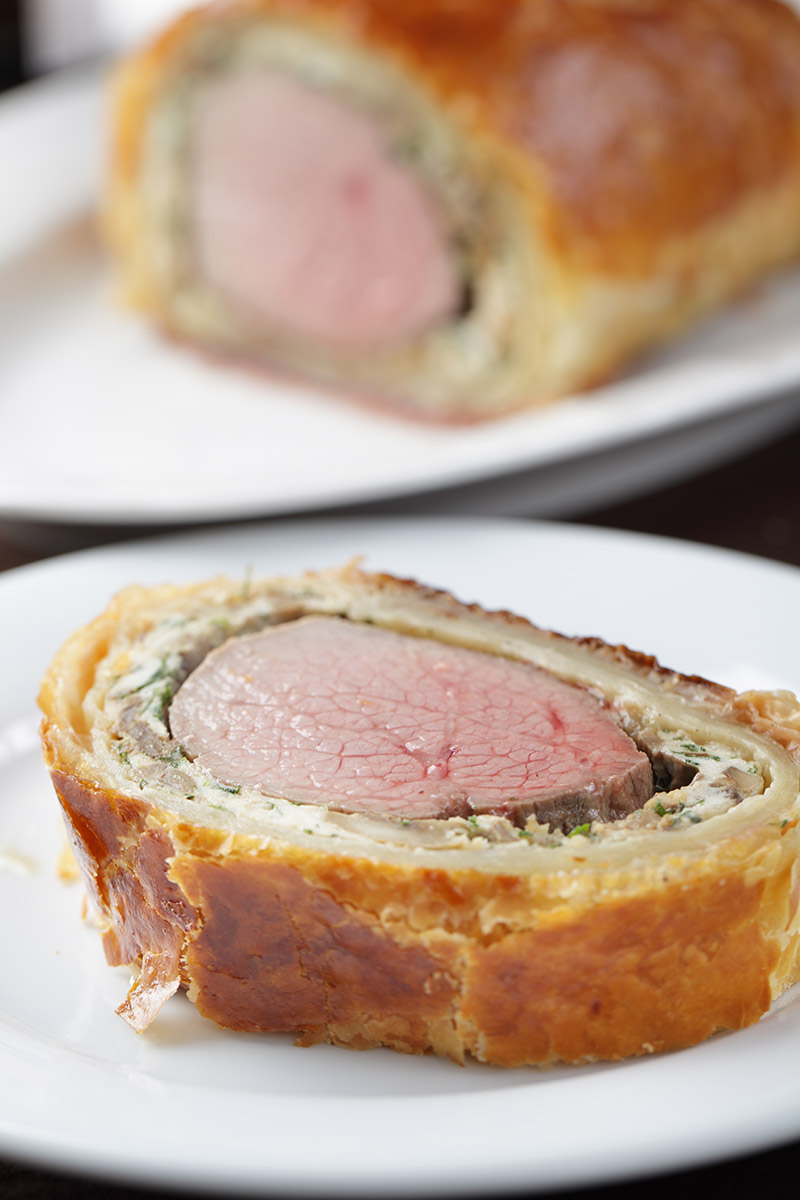 Are there many other dishes that sound as sophisticated as beef Wellington?  Possibly.  Lobster, souffle, crème brule—these might be a few.   What if I told you that you could make this dish at home, and it will cost around half of what you might pay at a restaurant!?  The most expensive part of this dish will be the tenderloin, a 2-3 pound tenderloin roast might set you back $20-$25 per pound.  Many restaurants might charge $30 or more per plate, and I was able to get six servings using this recipe for what would be an approximate cost of $180 from the restaurant just for the main courses, while you might pay $50 – $75 for the tenderloin.  Keep in mind that beef prices change by the season and by the distributor.  A company like Sysco will charge a restaurant more than a smaller distributor, but you don’t always get what you think you’re getting.

The beef industry is an interesting one, as different distributors will charge different prices depending on how long they age their meat, how they age their meat if it’s steer or cow that the meat came from, the age of the animal, and the grade of the meat.  In Canada, a steer that has been graded as AAA is thought to be the best grade you can purchase.  There is a better grade, the grade of Prime.  It’s not generally available to you or me because it is given to less than 2% of all Canadian beef, and the chance that you or I will see it in the grocery store is significantly less than that.  Most of the Prime grade meat is sold to restaurants or internationally.

In my steak article, I briefly discussed the different cuts you can get and touched on grading.  To receive the AAA or Prime grade, the animal needs to be a castrated bull, also known as a steer.  It must be younger than two years old, but that’s an approximate age as the Canadian Food Inspection Agency and the Canadian beef grading agency don’t give an actual age.  Once the steer is considered mature, it cannot be graded in the top letters: A, AA, or AAA.  If you’ve ever seen commercial-grade meat, that could be an older steer.  It could also be an older cow, the female, though I believe most of the meat from cows goes to make dog food.  But don’t quote me on that; I could be wrong.

The next factor that affects the price is aging.  I do not mean the animal’s age, but rather the time from when the meat has been removed and packaged from the animal.  There are two ways to age meat, dry aging and wet aging.  Most meat nowadays is wet-aged, it is vacuum packed at the processing plant, and, as long as it isn’t frozen, it will continue to age or develop that beef flavour.  It starts to break down some of the enzymes in the meat.  The longer you age it, the more flavour it is supposed to have.  This also has a cost associated with it, and companies that have aged their meat 28 – 30 days can charge more.  You can buy beef for cheaper though, Costco, for instance, often sells meat that is minimally aged.  If you look at the tag on it, you’ll notice that its processing date is usually seven days before when you bought it.  That means that the meat has only aged for the required one week before production.  So, if you happen to buy a whole striploin or tenderloin, you’ll need to put it in the fridge as is for the next month to get that restaurant quality ageing if you want that.  Dry ageing is when the producer will put the meat in a temperature-controlled environment and leave it for a set period, 28 days, 30 days, 50 days, whatever they decide.  The benefit of dry ageing is the flavour.  It is a more robust beef flavour than wet ageing; however, you can lose up to 25% of your meat’s weight, and you have to trim off the dried outer layer, losing yet more of the meat.  It might be another 5-10% if you know what you’re doing.  That also adds a cost; in the culinary world, we call it a yield loss.  You take the weight of the meat before drying, then the weight after ageing and trimming.  Divide them, and the number left over is the yield.  Now you increase your price per pound by that yield.

For wet ageing, you don’t lose as much weight; thus, it’s cheaper.  The yield cost increase would be figured by a similar process: your weight before ageing, then open the bag and drain it, dry it off, weigh it again and increase the price by the difference in yield.

Now you have an idea of why some places charge different prices for their beef.  So, that grass-fed 28-day dry-aged steak that is $100 at your favourite restaurant has a reason for it.  It’s not just an arbitrary price that restauranteurs charge, or at least the ones that know what they are doing aren’t just making up a price.

But back to the Wellington.  There is a process to this recipe, and it will take time, but your efforts will pay off when you taste how delicious this is.  And if you wait until I release my recipe on brown sauces, you’ll be able to make a great sauce to go with it.  But a standard gravy works just as well!

Follow these instructions very closely; it helps to make an excellent meal for your loved ones.  And with Valentine’s Day coming up, it could be a great meal to try, especially since COVID will likely be still very active!

I hope you’ve learned something new today, and thank you for reading my articles!  I am always amazed when I hear of people who read these and make the recipes!! 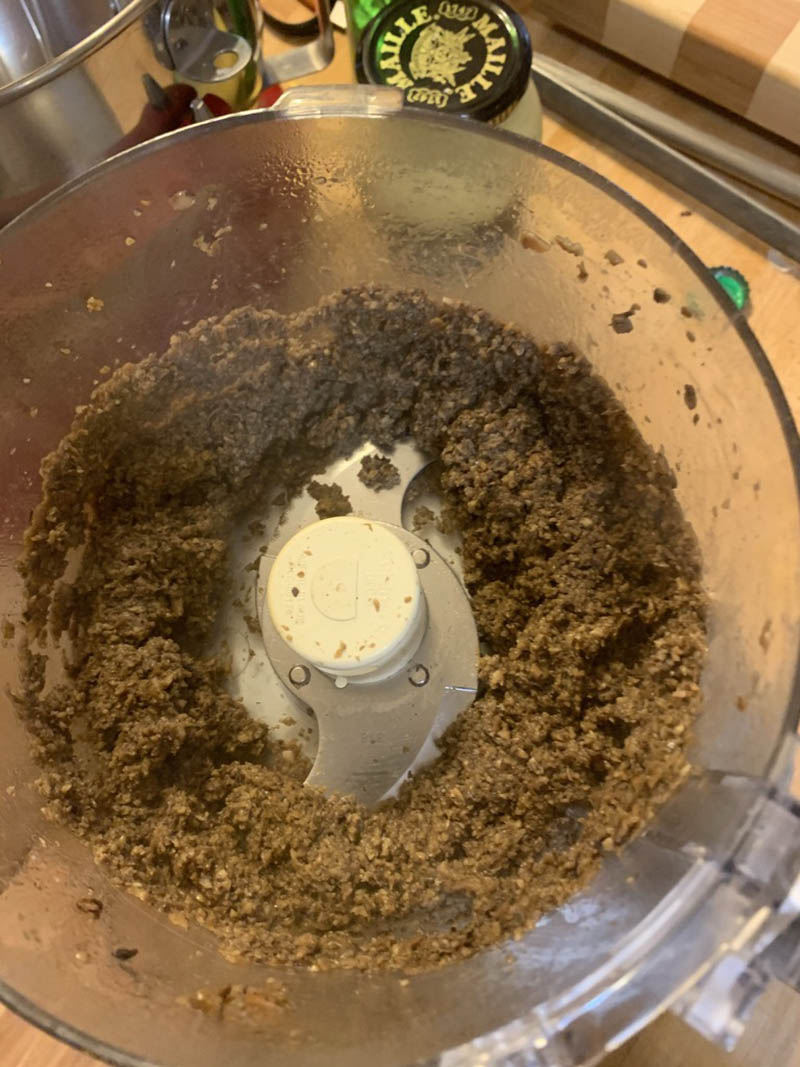 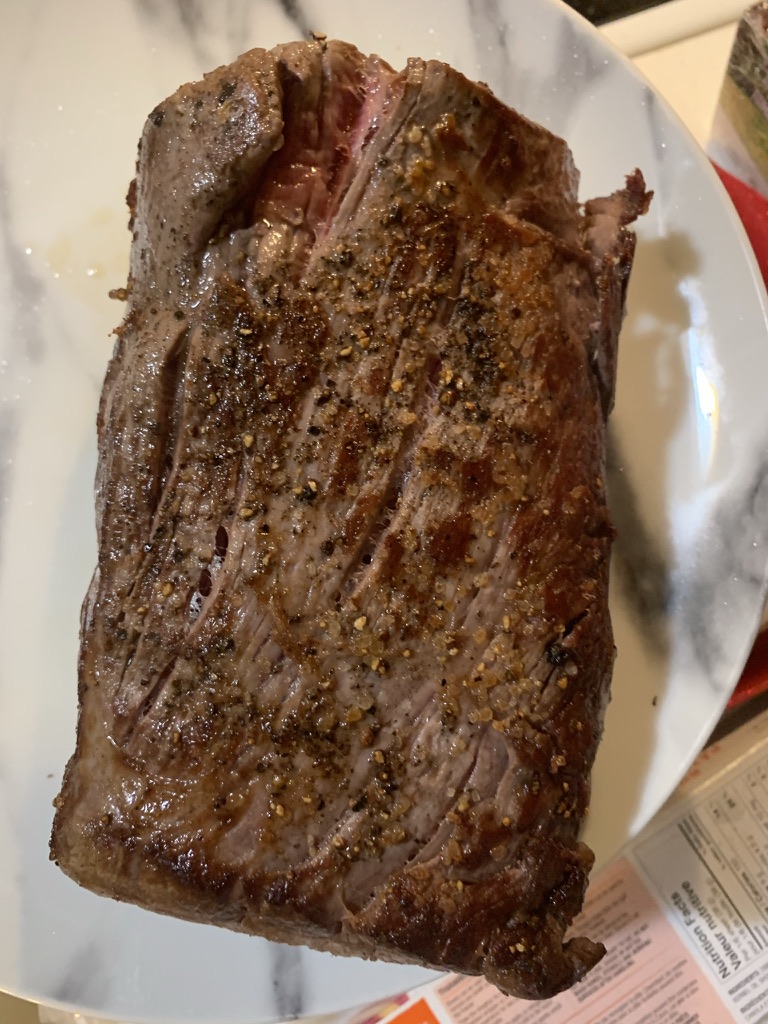