Articles
The Voice
Fly on the Wall—Don’t Zap That Splendid Isolation! 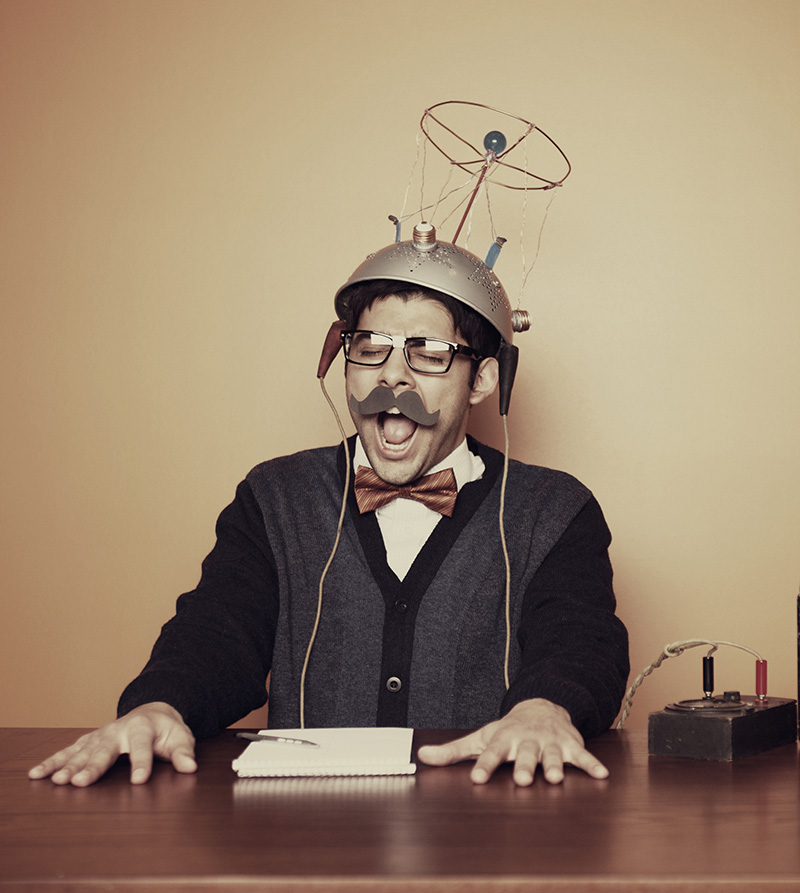 Gregarious people can become AU students, but the reality of individualized study tends to speak for itself.  Ours is not a social butterfly experience replete with hallways full of chatter and leisurely times lounging with peers in a dormitory.  Study for us typically consists of our meek humble selves studiously applying our skills within the walls of our chosen cave of solitude.  Isolation allows us to transcend our social context and that’s where learning propels us forward.  Easier said than done, to be sure!

To excel at our studies, we must harness our self-starter impulses and find a means to manage our natural mind drift.  If only because our foraging brains may prefer to explore in any direction other than deeper into the disciplined realm of our course material.  The struggle is real, not least because we’ll never be saved by the bell—at AU, class is never quite dismissed.  The endless possibilities for study, crammed into whatever interstitial crannies of spare time we can find, can turn into a bit of a nightmare.  It’s like being on call for a job only you’re the boss and the employee.  So naturally, we might metaphorically feel like we’d rather stick our fingers in a light socket than suffer another minute of worry over our schoolwork.  Anxiety really does bite, and it turns out that the psychology of isolation has been documented.

From Pop Culture to Time Magazine Or Is There a Difference?

Wherever electric shocks are implicated humor cannot be far behind, especially when combined with the intrigues of the all-too-human mind.  Consider the classic film Ghostbusters, where Bill Murray is able to drum up a date from one of his erstwhile research subjects, doing so at the expense of a male of the cohort.  By lying about the lady’s telepathic prowess, he flatters her into submission while the real savant suffers blow after blow from the electric zapper apparatus.  Disgusted, the victim storms out shouting “you can keep the five bucks!”.  The joke is on us at AU, though, if we don’t remember that we are in charge of our destiny, free from egomaniacal instructors.  And we are the one’s paying our piper in terms of our future.

Usually when we think of an electric zap, and some of us rural AU pupils grew up around electric fences as a temptation if not a reality, we think of playful times rather than a realistic entertainment option.  After all, the whole punchline of the Ghostbusters scene, like the joke of a real electric shock, is about human interactions and not physical reality.  We at AU can be our own best or worst task masters but the fact of the matter is it’s down to us to be the academic magic we imagined for ourselves when we first bought the ticket for the distance education ride.

Zap, Zap, Getting Our Motivation Back!

If we’re feeling sapped it helps to remember that we’re some of the few students who can accomplish the impossible: working at our own pace and finishing what we start.  The rat race was invented as an outgrowth of authoritarian factories replacing the self-set pace of the “putting out system.”

Where once a family with a loom would put out their production outside their hovel for the owner to pick up weekly, industrial whip-meisters came to demand constant attendance at the old 8-to-5 penal-style worksite.  The former system still exists in some places, such as the Yucatan peninsula where certain traditional hammocks are created, but as anyone familiar with our realm of Amazon corporate factories and business-model education knows, panopticon settings with surveillance and attendance checks are the modern norm.  Not comfortable with an ankle bracelet monitoring device?  Say hello to demands for cellphones to be on your person at all times.

Without a taskmaster, many students fall away from their studies never to return; however, there is evidence that distance education success rates are on the rise.  Nevertheless, academic anxiety can still draw down the power of anyone’s temerity.  Anxiety over being alone with one’s thoughts or alone with one’s coursework, may correlate.  Think of all the time we spend distracted by our surroundings and you get an idea how hard it is to maintain concentration on something that essentially only exists in our private mental domain.

Even as our goals transcend our context, we must find a way to be in the here and now to accomplish the little things that actualize our learning.  But it’s not easy, as a recent research study reported in Time Magazine shows us.

The premise of the research was simple: stick some candidates alone in a room for “6 to 15 minutes” with nothing but their wits, their thoughts, and a buzzer causing a self-induced electric shock.  It may sound a bit like the worst moments of AU study struggles, only these psychological lab rats had a less pleasurable out than effing around on crackbook, playing with mindless cellphone apps, or texting with friends they met during Zoom meetings.  And guess what?  Compared to another treatment group who was given “mundane external activities,” what elementary school teachers to this day term busywork, respondents in the solitary isolation group didn’t like sitting alone one bit.  So how did they cope?  Enter the ace in the hole to really test mental priorities: the electric shock option.

Researchers found that “people would rather stick their finger in an electric socket than sit quietly and think.  Or rather, men in particular: 67% of male participants in one study “gave themselves at least one shock during the thinking period,” write University of Virginia psychologist Timothy Wilson and his co-authors.  On average, the study participants who elected to self-zap gave themselves 1.47 shocks in a 15-minute interval — “not including one outlier,” the paper says, in an impressively straightforward way, “who administered 190 shocks to himself.” … Women were far less likely to shock themselves, with only a 25% participation rate.”

So much for the stereotype that women worry more than men do!  While the self-administered electric shock wasn’t exactly akin to a digit in a light socket it certainly wasn’t a pleasant option.  And yet, apparently, any port in a storm beats being a lone beacon in one’s inner existential lighthouse.

Not surprisingly, the researchers concluded that “most people seem to prefer to be doing something rather than nothing, even if that something is negative.” Despite mention of negative “ruminative cycles”, that the researchers blithely claim can be corrected by assorted therapies, the take-home message for us at AU is this: if we are to succeed in our studies we have to not only be comfortable with being alone with our thoughts, as we sort and organize our minds to write those elegant essays and study to write erudite exams, but we also have to learn to face the solitary mental realm of academia without constantly resorting to distractions, no matter how shocking.

Fly on the Wall—”No Exit” from Sartre to AU