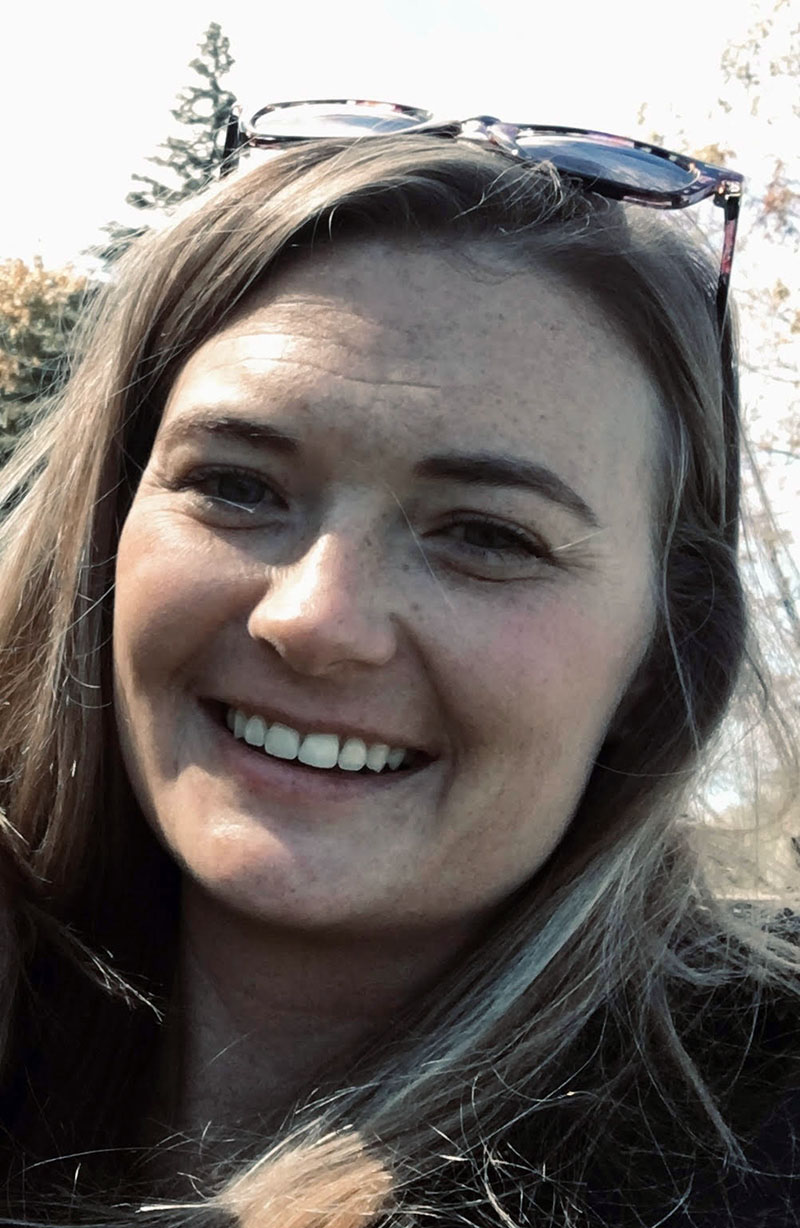 The Voice Magazine recently had the chance to chat with AU student, and AUSU Councillor, Devon Romanick, currently living in St.  Jacobs, Ontario, located on the traditional territory of the Neutral, Anishinaabeg, and Haudenosaunee peoples.

Devon was born in Calgary, Alberta, before moving to Ontario with her mother at a young age.  They lived in Toronto and Kitchener before moving to the small farming community of Atwood, Ontario.  Devon later moved to Halifax, Nova Scotia for two years in her early twenties “just to experience the East Coast,” and attend college.  She currently lives in St.  Jacobs, Ontario with her children “after being all over the place from West to East!”

Devon is in her third year of the Bachelor of Commerce program, stating, “I just dropped my major last year, so I’m in the General Studies to allow for more electives for a legal focus.”  She would like to attend law school when she completes her program, with hopes of enrolling at the Bora Laskin Faculty of Law at Thunder Bay’s Lakehead University.  She plans to apply “with three years of undergrad,” stating “If I can fast track it even a year that would be great!”

Although she initially struggled with the thought of being a mature student, now, she stated, “I almost find it easier because I know things, and I have had personal life experience that has helped me in my classes.  I know things now that I wouldn’t have known at 24.” 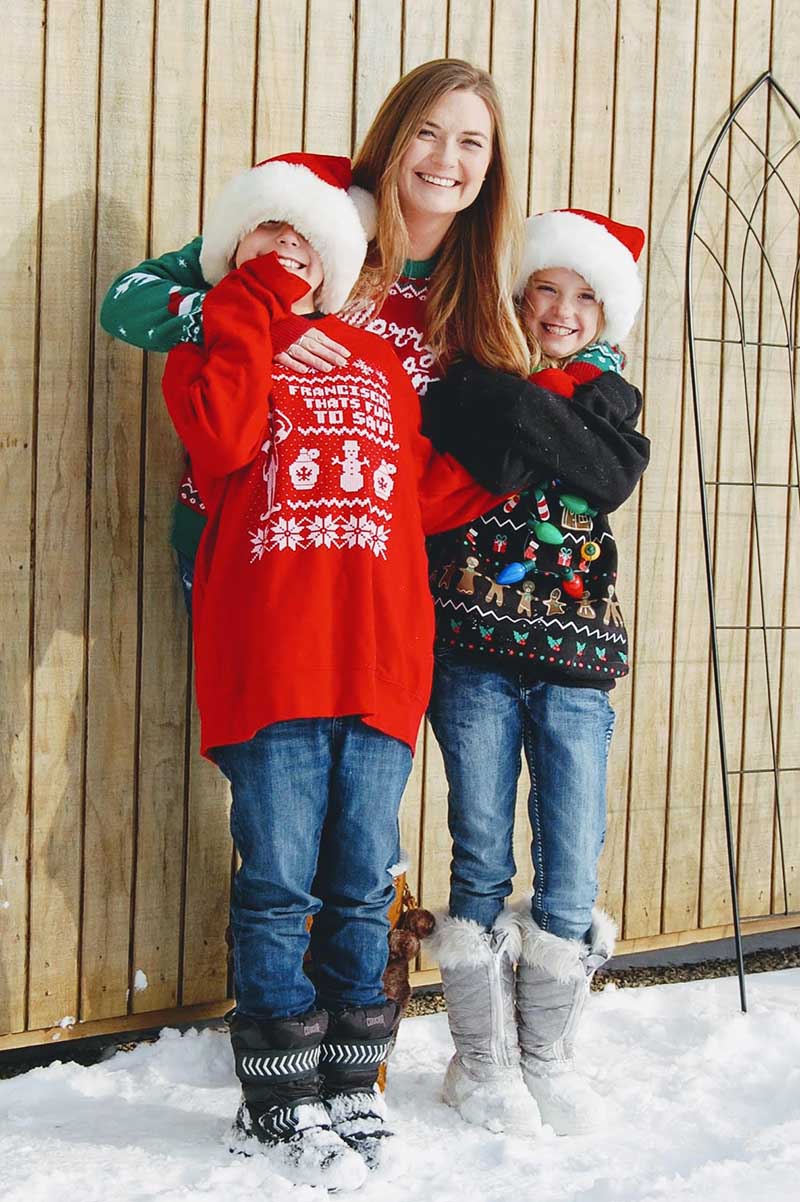 When she is not studying, she is “very outdoorsy.”  She and her children “do a lot of hiking, a lot of spelunking [cave exploring and], snow shoeing in the winter.”  She stated, “We all have kayaks, so we’re all out on the lake usually every weekend in the summer months.  I think our lifestyle doesn’t allow for an abundance of free time, but if it’s free, we’re outside.”

Her mother has had the greatest influence on her desire to learn.  She stated, “My mother taught herself coding; she taught herself how to program.  She didn’t have any formal post-secondary and ended up making it to a senior IT position with a huge life insurance company.  She’s incredible.  She had a desire to learn, and so she took every avenue available and put in so many hours.  I remember when it was just my mom and I when I was a kid; my mom was always tending to my needs but also, on the side, fitting in all this other learning.  She just moved her way up, and she stayed with that company for thirty five-years, constantly learning, constantly growing.  I think it showed me that there shouldn’t be barriers to education; you have to have that desire.  You have to have the desire, and you have to push forwards and go for it.  She’s pretty incredible!”

So far, her experience with online learning has been positive, following a brief learning curve.  She explained, “I’ve done traditional brick and mortar college and so the first semester was difficult.  It was a bit challenging to start and create that schedule and stick to it.”  She continued, “I work the best under pressure.”

“It’s tough not to leave everything until that last month.  I also found it tough not having that in-class support with your peers, bouncing ideas and sharing ideas.  But once I figured out different class forums for different courses and got used to that general format, it became a lot easier.  As somebody with a lot of anxiety, I almost kind of embraced it.  That I could work independently and focus.”

Despite the positives, Devon mentioned that she wavered about continuing her education during her second year.  She explained, “I wondered if it was worth it; the road just seemed so long.  I thought at this age, I have enough experience that I could go out and get a decent job.  ‘Why am I doing this at this point in my life?’  And then a very good friend of mine … [asked] ‘Has anyone ever told you how incredible you are?  You’re just doing this.  Here you are, you’re parenting, you’re running a house, you’re working, you’re studying – with these goals.’”  This was “like a refresher on what [her] goals were;” she stated, “I have somewhere that I want to go.  I have somewhere where I want to be.  I got to keep going, for me.  And I want to show my kids that it doesn’t matter how old you are.  Life should be continuous learning.  It’s all about setting good examples for younger generations.”

Her most memorable course so far has been LGST 390: Women, Equality, and the Law, even though all her law courses have been interesting thus far.  She revealed, “It really touched on a lot of issues that were near and dear to me as a woman and as an adult in society.”  Topics included a woman’s right to choose and the gender pay gap.  It also introduced Devon a many different perspectives.  In addition, her tutor was “amazing!”

She finds course communication with her tutors to be “so-so.”  She explained, “There are some really great tutors.”  She continued, “They go above and beyond with things.  Then there are others that you can’t track them down.”  She continued, “I think that there could be a lot more improvement.  I think that the university could push a little harder for tutors to be more accountable to the students.”  She stated, “This is our future.  We’re paying for this, we’re putting in the time and the work and the effort.  It should be returned.”

If she were the new president of AU, Devon would “make marking and feedback more consistent” with “faster turnaround.”  She “would really enforce that,” stating “I think that is kind of a core to a lot of anxiety with students.  You’re running through a course, and you’re not really sure how you’re doing.”  She continued, “With independent study you never actually know until you get that feedback.  I would definitely do an overhaul on the tutors and get everybody streamlined, and put in some strict deadlines for marking and feedback.”

Her pet peeve school wise “are late markers or tutors who don’t give a mark back for weeks.”  On a personal level, she chose “rude people who belittle others.”  She explained, “I have no trouble, now in my adult years, calling that out if I see it happening.  I’m part of a 519 community outreach program, and it’s about raising awareness and changing attitudes toward homelessness and people who are struggling.  Just some comments that you hear really get under my skin.”  She is currently making snack packs and “period packs for women, which is something we don’t think about being such an issue, but those products are expensive.”

As for a person, past or present, who she would like to have lunch with, Devon chose empanadas and coffee with Maya Angelou.  She stated, “I’m blown away by her messages of empowerment and peace.”  She continued, “Once I went to see the Dalai Lama.  He came to Toronto and I got tickets.  And I felt like a better person just for going.”  She stated, “Maya Angelou would be that tenfold!  I feel like she would make me strive to be a better person.  She just has this heart of gold, and she’s like a modern-day Mother Theresa.  She’s lovely.”

Her most valuable lesson learned in life has been patience.  She stated, “I’ve never been a particularly patient person.”  However, she has changed in the past seven years, explaining, “There’s a lot of value in developing patience.”  “We look back on life and realize how much we’ve missed.”  She continued, “We all need to just step back, and have a little patience.”  In addition, “Good things come, and they take a while to build.  We all need to just take a deep breath and enjoy life.  We only get one, and we’re here only for a limited time.”

Her proudest moment “was making the Honours List at AU.”  She stated, “I was on the Honour’s list after college, but I didn’t have children, and I didn’t work full time.”  She continued, “I was nervous about that coming into a bachelor’s degree.  It’s next level.  With so many family responsibilities and commitments, I was worried that I would even make the grade.  Getting a notification that I made the Honours List that was a pat on the back moment.”

She is currently reading Where the Crawdads Sing by Delia Owens “and loving it.”  She stated, “I have a love for the Deep South, North and South Carolina especially.  This book takes place in North Carolina, and I’m loving it.  I’m only halfway through, but I would recommend it.”  Devon mentioned that she has a friend in West Virginia, who she had the opportunity to visit two years ago.  They took a road trip to Asheville, North Carolina.  “It was my first time eating all sorts of great Southern food, like biscuits and gravy and pimento cheese.  I like I could just live there and eat my way through life!”  As for her favourite Southern dish, she chose pintos and chow chow [relish] and pimento cheese.  “I can’t pick between the two; they’re delicious.  I never thought of pinto beans as an interesting food to eat but add a little bit of chow chow and some shredded onions and it’s delicious, especially on a biscuit!”

As for a TV show she is currently watching, Devon chose Season 1 of Virgin River on Netflix, “because I had to watch something that gives me a little bit of a study break; kind of light and not heavy,” as well as the last season of Lucifer.  Best of luck Devon!