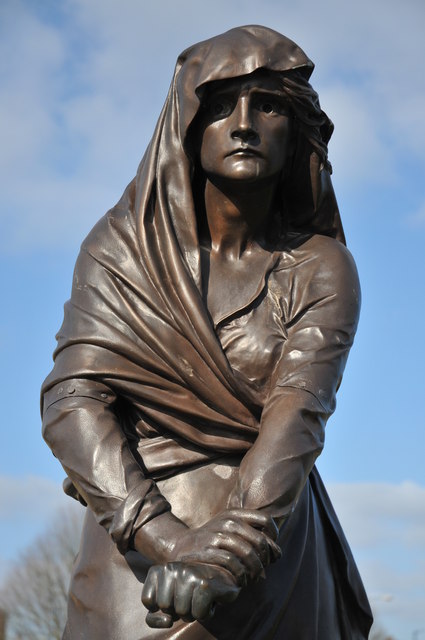 © Copyright Philip Halling and licensed for reuse under this Creative Commons Licence.

Warning: Spoilers ahead for the play “Macbeth”

If,  by some miracle, you haven’t seen or read this play already but intend to, you should probably stop reading now.

It may sound clichéd, but Macbeth has been my favourite of William Shakespeare’s plays since I first read it in middle school.  It taught me that there can be a dark side to the age-old promises of heroism, and that, without re-examining our moral compasses, the consequences could be grim.  Such are the fates of the titular character and his wife, Scottish noblemen who orchestrate the murder of anyone obstructing their path to–or hold of–the throne when it’s foretold that Macbeth would be king.

Fate, however, never pulls the strings from behind the stage—it’s all Lady Macbeth’s doing, from success to downfall.  A commonality in Shakespeare’s portrayal of leading ladies is their drive to make things happen and take control over their destinies when a wrench is thrown in the works.  To Lady Macbeth, it seems whether the prophecy is true or not is irrelevant, merely one more thing to use as she attempts to gain power, using sweet-talk and strategy to influence the decisions of her husband, and later, his lords once they claim the throne.

What we find most compelling about how villainous leads are written—and why stories like Macbeth are adapted countless times over—are their motives despite the odds against them, especially if they have some form of pathos.  It’s surprising when an underestimated character looks like they could succeed, and the more time we spend learning about their circumstance, the deeper our sympathy for them may be, even if we don’t find their resolve agreeable.

Macbeth is a short and straightforward play, so it doesn’t dwell on backstories or in-depth analyses.  There’s much we don’t know about Lady Macbeth, like why she’s keen on fulfilling the prophecy, and whether she truly cares for others—including her own husband.  The few defining traits she shows, however, paint a complicated picture.  Although she takes charge in planning King Duncan’s murder, concealing the evidence, and maintaining rapport with the nobility, there is a growing sense of guilt she conveys from the moment she persuades Macbeth to commit this act of betrayal to her suicide near the play’s end.

If the narrative includes some sort of redemption arc for a villain with blood on their hands, it usually cuLady Macbethinates in their sacrifice.  This makes their regret believable because they acknowledge the severity of their actions and the consequences they would have to face otherwise.  Lady Macbeth might be sympathetic in this regard, especially since her guilt is consistently alluded to throughout the play.  But I think there is another part to it as far as audiences of today are concerned that has to do with the time period in which Shakespeare was writing Macbeth.

Rigid beliefs about gender norms during the sixteenth century are reflected in the story.  In conversations surrounding political control, Lady Macbeth’s society is shown to value ruthless aggression—a quality traditionally associated with men.  Women, meanwhile, are meant to be compassionate and demure, so it makes sense that nobody would necessarily expect or suspect Lady Macbeth to lead a murder plot.  With no other options presented within the narrative to (legitimately) gain power, particularly as a woman, she surrenders her femininity to supernatural forces so that she can conspire with Macbeth.  We might interpret her suicide as punishment for crossing that line.

It’s curious, though, because going to this extreme and marking an arbitrary distinction between gender roles doesn’t seem to make a difference in the essence of Lady Macbeth’s character.  Although she sees her father in Duncan—suggesting that she’s capable of love to a degree—nothing stops Lady Macbeth from manipulating her husband even before she tampers with witchcraft.  Additionally, gaining these perceived masculine traits doesn’t absolve her of guilt.  Lady Macbeth’s embrace of masculinity is perpetuated through her husband, who eventually acts without her input.  It would appear that, for them to be taken seriously and to advance their social status, Lady Macbeth must empower herself by subtly exploiting and competing in a sphere dominated by men.

This should sound familiar.  Lady Macbeth, I would argue, is a prototype of the “strong female character” trend that has taken entertainment by storm in recent decades.  It’s mostly noticeable in popular Western storytelling, which tends to focus on a woman character’s physical strength and tough personality to prove they are on par with men characters.  On the one hand, the phenomenon allows writers to explore other, non-traditional roles more women could identify with or find interesting.  On the other, it potentially sends the harmful message that neither men nor women characters will be valued if they aren’t divorced from what is considered their feminine side, especially when emotional intelligence is in question.  Both would run the risk of being underdeveloped, and thus, unconvincing.

Lady Macbeth fascinates me as a villain because she’s in tune with each of her attributes when they matter to Macbeth’s plot, even if she doesn’t appear to appreciate some of them.  For a contemporary audience, observing the nuances of all human qualities is much more thought-provoking than the denial of such fluidity that limits how characters can relate to them.  It’s unfortunate that her actions, contextually speaking, had to serve as a deterrent to unconventional behaviours in women at the time rather than a lesson in morality for everyone.  Perhaps she was simply created in the wrong era.

Then again, Lady Macbeth’s characterization has been echoed in and expanded upon by modern characters like Cersei Lannister in GRRM’s A Song of Ice and Fire and Regan Hamleigh in Ken Follet’s The Pillars of the Earth.  She may not have been a successful queen in Macbeth, but she proves she’s got staying power as a literary icon centuries after her inception. 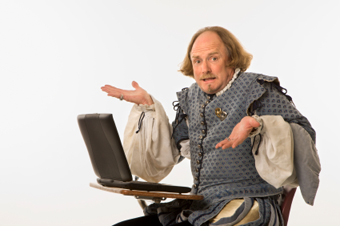