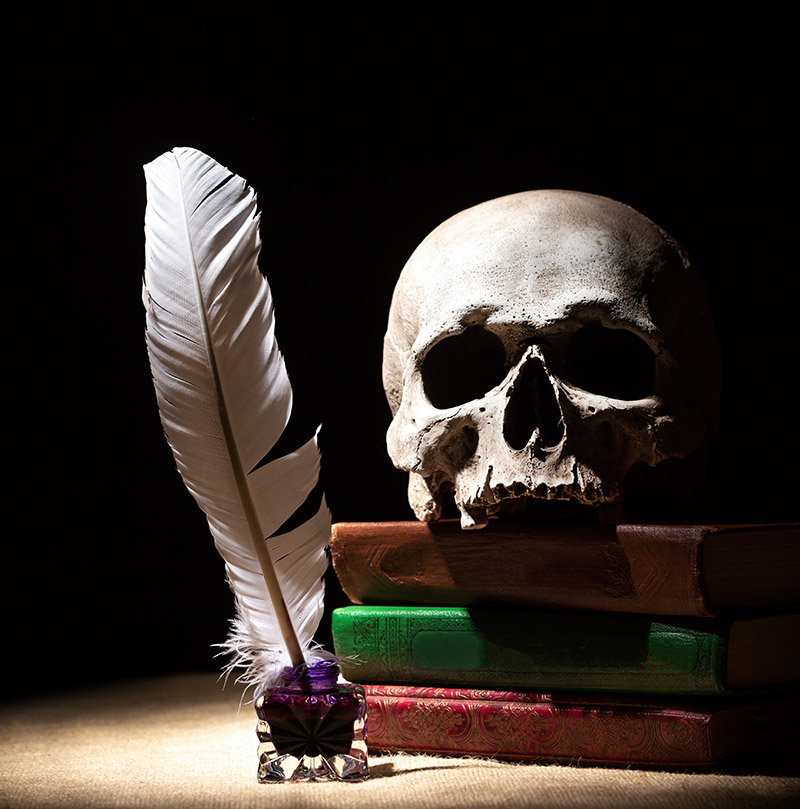 I was recently given a mug, decorated with the opening lines of nearly two dozen books that would all be considered literary classics.  Excerpts of excellent writing cover the sides of the mug like novel wallpaper.  (Does a mug have one side, or multiple sides?) Included in the featured quotes are excerpts like “All this happened, more or less,” from Vonnegut’s Slaughterhouse Five, “It was a pleasure to burn,” from Bradbury’s Fahrenheit 451, and “Mrs.  Dalloway said she would buy the flowers herself,” from Woolf’s Mrs.  Dalloway.  I was given this mug because of my education in English literature, but as an English major, I was almost ashamed to admit that I had only read nine of the novels.

“Oh,” said my friend, “All the books on there must be good though.”

And I said, “That depends on how you define “good” books.”

Someone with a stern education in English might now bring up the term literary canon, but you can take that term and blow it out of an actual cannon.  Just because a work of literature is considered a classic does not mean that it is good literature.  If you ask me, the root of the definition of “good” books grows out of how you describe the purpose of literature.

And I’m talking about an academic definition of literature here, not the literature that gets mailed to you every week with coupons for hamburgers or the monthly publication you get full of the latest news about accounting.  Although even going that far is liable to start a debate about semantics, so I better get back on track.

All three of the books that I quoted in the first paragraph of this article are examples of excellent works of literature, if you ask me.  But if you asked me, then you would be asking someone with an English degree.  It’s my opinion that most people who choose to study English are masochists when it comes to reading, and four years of university taught me that many writers are sadists.  Why else would I drag out the point of this article so much? Slaughterhouse five, Fahrenheit 451, and Mrs.  Dalloway are all excellent stories that I would not ever recommend to the average reader, although Bradbury is absolutely the most accessible author in that list (again, if you ask me).

By “average reader,” I mean somebody who reads around a dozen books in a year.  That’s the average according to Pew Research Center (Perrin, 2016).  People with limited time and a limited interest in reading will not want to waste their time on a book that is going to challenge them, unless they’re a masochistic English major who just watched Bladerunner 2049 and now wants to explore the significance of Nabokov’s Pale Fire in the narrative of the movie (which is incidental, as it turns out).  A challenge is exactly what Vonnegut and Woolf present to readers with their shifting points of view, nonlinear narratives, and unreliable narrators.

Likewise, average readers won’t be interested in a book with low entertainment value, which can be a huge detriment to older books.  Much of the interesting fiction in Bradbury’s science fiction is lost to a reader already familiar with the novel ideas that Bradbury predicted, like flat screen TVs, earbuds, and bank machines.

Just because these novels are considered innovative, unique pillars of literary creativity and radical thought, does not mean they will entertain somebody today.  To one person they are good literature, to another they’re not.

Consider Stephen King, one of the most prolific and successful authors of the late twentieth and early twenty-first century, but a constant recipient of the criticism of failing to be a literary author.  What does “literary” mean when people say that?  Is he a poor writer?  Not if you ask his dedicated readers.  In 1998 Stephen King was “the world’s best-selling novelist, with 300 million books sold, in 33 languages” (Singer, 1998).  What about if you asked the readers of Barbara Cartland, whose published romance novels and sales dwarf King’s by a large margin?  Shakespeare may be the best-selling fiction author of all time (arguably), but Agatha Christie is right there behind him, penning whodunits in second place.

I can say that so far, all the books on my mug are good books, because the only books that are truly “good” are the ones that you enjoy reading.

(Unless you want to get into an argument about the definition of the word good and it’s grammatic correctness in this entire article.  To which I say, again, semantics.)