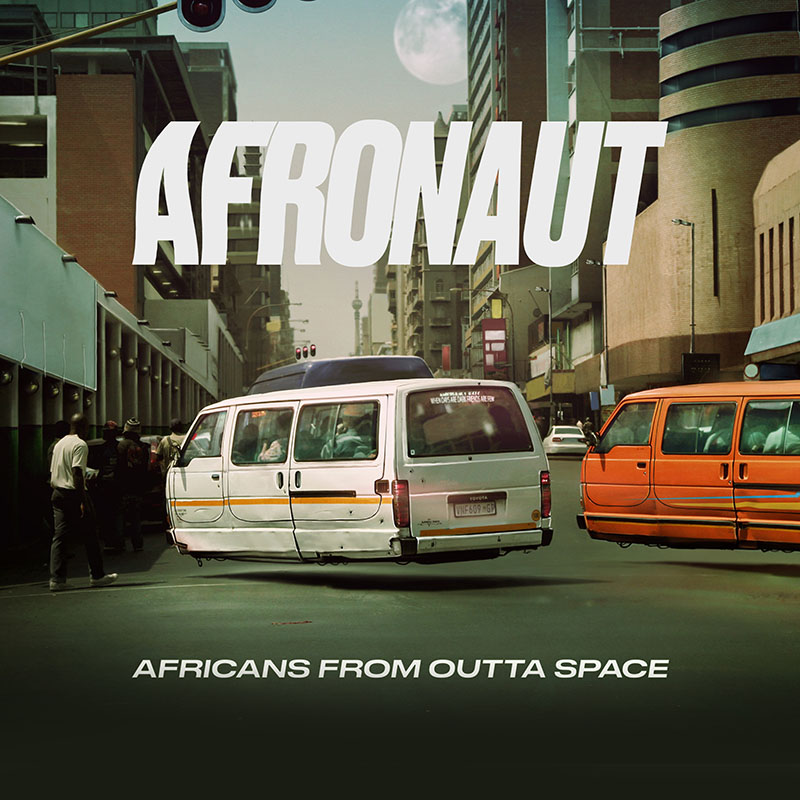 Afronaut’s debut album Africans from Outta Space is self-described as an interstellar compound of cosmic folk and tropical rockabilly.  Hailing from Soweto, South Africa, Afronaut are leaders in the area’s So Punk Movement—named for the eruption of new punk bands in the township.  Although the punk subculture has been big in South Africa since the 70’s, the scene was flooded with predominantly white bands.  The So Punk Movement is creating a platform for Black artists as well as an outlet for youth dealing with poverty and racism.  The So Punk Movement promotes inclusion regardless of ethnicity or cultural background.  Only one thing is required here: a love of punk music.

Africans from Outta Space features six tracks, ranging in themes from darkly comic to deeply meaningful.  “Barfight” an energetic punk anthem, as the name suggests, dissolves into “Lifespiral”, a slow, groovy tune about not fitting in.  “Birdhouse” is one of the more comical, but intense songs about the whole world going “cuckoo”, while  “Hell for Sinners” keeps the quick pace with loud guitars and aggressive vocals.  This song is one of my personal favourites of the album—a punk spin on “The Devil Went Down to Georgia” by The Charlie Daniels Band.

“Ghost on the Roof” is reminiscent of Nirvana with its slow, grunge-inspired beat.  This song is about “tortured souls” and the ghosts that haunt them when they are alone.  Finally, “Youthless” is perhaps the tamest song on this album, but also one of the most meaningful.  Another of my favourites, “Youthless” is an acoustic song with beautiful violin instrumentals and haunting lyrics: “the lights of a bright life die when the love is done.”

I had a chance to chat with Afronaut and ask them some questions about their work.  I was joined by Mazakaza (violin), and Thulasizwe (guitars, drums).

Mazakaza: Hello everybody out there! The world.  Universe.
Thulasizwe: Shoutout to our vocalist Fumez who couldn’t be here today.

What first got you into music?

Mazakaza: What first got us into music, I could say, is life.  Is life.
Thulasizwe: My ears.  I followed [the music].

I noticed you describe your roles in the band as prophecy, insight, and guidance.  What does that mean to you?

Mazakaza: Our music has insight, information.  People can learn from listening to our songs.
Thulasizwe: Because we learn from other people and their stories.  You don’t even have to engage with someone personally.  You hear them telling their stories in a tavern, maybe a taxi, and then you write about it.
Mazakaza: The music has a certain type of guidance […] it creates different feelings and makes people want to act in a certain way.

What is your favourite song to play?

Mazakaza: I would say “Youthless.”  “Youthless” is my favourite song to play when I’m with Afronaut, with my peeps.  Its about the youth and how they’re not enjoying their time as youth.

What’s next for Afronaut?

And with a humble bow and a peace sign, Mazakaza and Thulasizwe signed off.

Although Afronaut’s music is certainly different from the Western conception of punk music, it has plenty of heart and soul (as well as a catchy beat!).  If you’re looking to expand your musical horizons, check out Afronaut’s Africans from Outta Space on Soundcloud and Instagram.