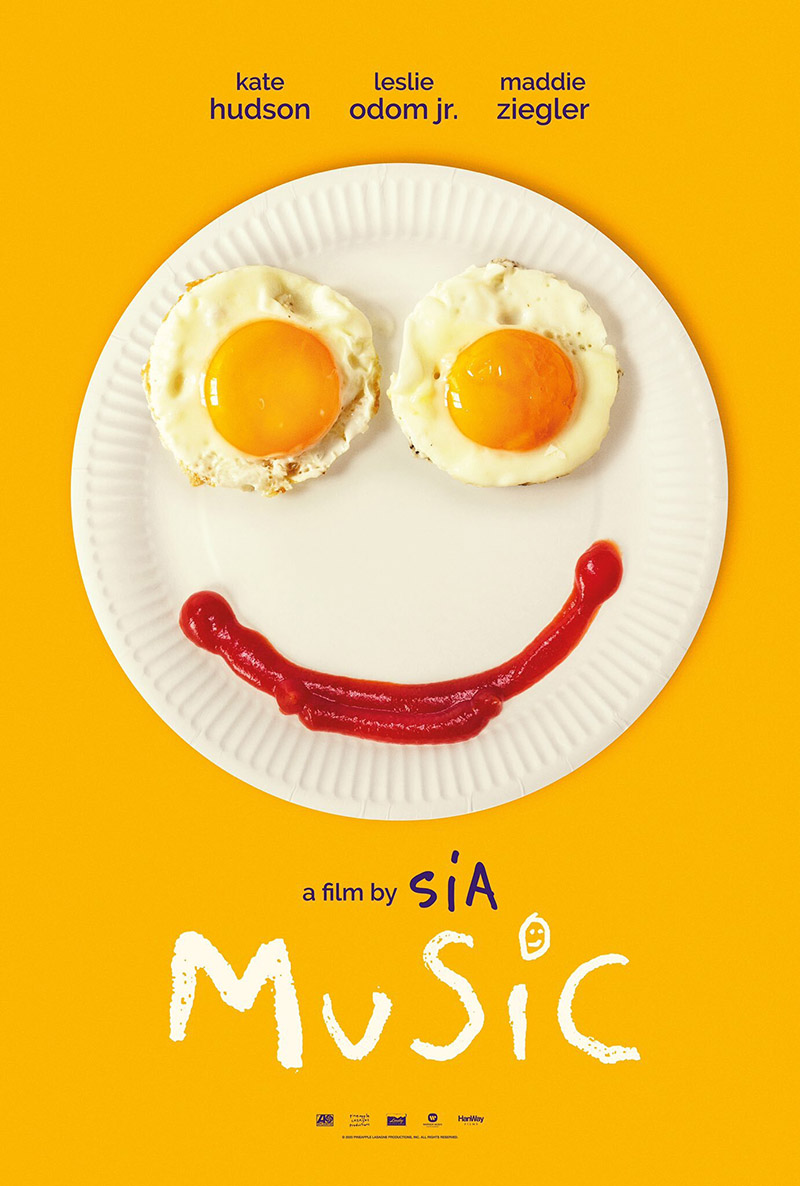 You may have heard of the new movie Music directed by singer-songwriter Sia, known for her chart-topping hits such as “Chandelier” and “Cheap Thrills”.  Her prodigy and goddaughter, Maddie Ziegler, stars in the movie.  Ziegler plays a non-verbal, autistic girl named Music.  After the sudden death of her grandmother, Music is left in the care of her recovering addict and drug-dealer sister, Zu, played by Kristen Hudson.  We get a glimpse of how Music supposedly sees the world when she puts on her headphones and we are transported to what looks like the set of Yo Gabba Gabba, where Music performs choreographed dance routines to Sia’s songs.  .  The trailer for Music is available on YouTube

As the mom of an autistic five-year-old who is also non-verbal, I was excited when I first heard about Music.  I want my son to be represented in the media.  I want misconceptions about autism to be addressed.  I want to start conversations about prejudice towards people with disabilities because this is the only way to create a more inclusive world for my son.  Unfortunately, Music is a slap in the face to the autism community and anyone who loves someone with a disability, and I was horrified when I watched the trailer.

Let’s begin by defining ableism.  Ableism is the discrimination against people with disabilities.  It is rooted in the belief that people with disabilities are inferior, need “fixing”, and are defined by their disability.  The casting of Zeigler—who is neurotypical—to represent a neurodiverse person is the definition of ableism: it says that autistic people aren’t even good enough to represent their own experiences.

The portrayal of the character Music is a caricature of autism, with no depth or development to Music’s personality throughout the movie.  Zeigler’s facial expressions, movements, and voice are grossly exaggerated to the point that it looks like she’s doing an impression of Simple Jack from Tropic Thunder.  There is no way to describe the performance other than it looks like she is mocking a disabled person.  Although, yes, some autistic people do have similar traits (including my son), watching a neurotypical person behaving that way feels, well,  icky.  It is also quite clear that Music’s character is nothing more than a prop for Zu’s personal development.  The focus of the movie is not on its namesake, but on how Music effects Zu’s life.  “Music” is essentially “Marley and Me”, except Marley was given more of a personality.  Sia, like many others, seems to see people with disabilities as pets.  It seems she’ll pat them on the head with a condescending coo of “You’re so cute!” but lacks the ability to see them as real people deserving of respect.

Overall, this movie came across as Sia’s vanity-piece, designed to show the world just how woke she is.  She doesn’t seem to see how harmful this is to the autism community nor care enough to try.  The laundry list of controversies surrounding how Sia has handled this movie is a mile long; including dismissing the criticisms of autistic people on Twitter and partnering with Autism Speaks, an organization widely regarded as ableist.  If that wasn’t enough, a video has surfaced of an interview with Sia, where the interviewer says that non-verbal people “might as well be an inanimate object—like a wig” while Sia nods her head enthusiastically.

Music and Sia’s behaviour in the aftermath hurts my heart.  I look at my beautiful little boy and think, how could someone compare him to an inanimate object? How could someone think he is inferior or undeserving? When I describe my son, I say he is the sweetest guy you will ever meet.  He’s affectionate and kind.  He loves hugs and tickles.  His laugh is infectious.  He’s silly and charming and determined.  He loves dinosaurs.  His sister is his best friend.  His autism is such a small, insignificant part of who he is.  But I know that so many people in this world will look at him and only see autism.  Music is a stark reminder of that.