Articles
The Voice
A Rant: Everybody Should Try Dungeons & Dragons 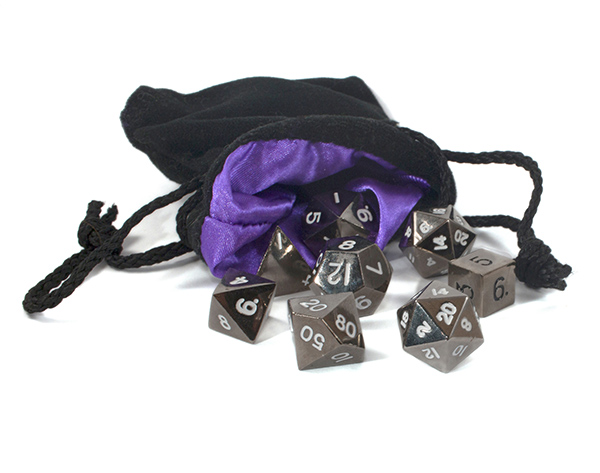 Have you ever played the one-word story game? When I was much younger, my family and I would play it on long car trips.  The basic rules are that everybody tries to tell a story together, but you can only say one word at a time.  First you speak, then the next person, and the next, until it comes all the way back around.  It keeps going around and around and around (getting gradually more ridiculous)¸ until the story eventually reaches a natural conclusion.  There’s a sort of unspoken consensus when the story reaches the point of “the end.” It’s rare to tell a brilliantly unique and insightful story this way, but the process of collaborative storytelling is fun because everybody experiences it at the same time.  For me, that’s exactly what Dungeons & Dragons is too.

I know what you might be thinking, and for a long time I thought the same thing.  D&D was a boundary that I wasn’t willing to cross, but I can tell you with confidence that what waits on the other side of that barrier is worth the crossing.  Playing the game once is fun, but if you can find a group of people for regular revelry, there’s a special sorcery that gets cast by your collective imagination, like your shared subconsciousness is feeding everyone the same dream.  Some people doubt the significance of dreams and the power that comes from their ephemeral theatrics, but the trance of a great game of Dungeons & Dragons is like the state of hypnosis that comes from a good book.  It’s an opportunity to learn more about yourself and connect with other people as much as it’s a chance to slay a dragon by throwing a fireball down its throat.

Nobody needs to tell you how stressful life is, especially right now.  Thanks to artists, writers, and other lunatics, there are myriad chances for escapism.  Today’s anxious people (which is pretty much everybody if we’re all being honest with ourselves), can choose from so many magnificent, wonderful, strange, and unique movies, books, poems, songs, TV shows, podcasts, and other forms of entertaining distraction.  When was the last time you tried make-believe?

Children pretend all the time and look how happy they are.  Sure, many of them are so innocent and pure that happiness comes as naturally and easy to them as geese come to Canada, but still, doesn’t part of that youthful naivety come from the capacious capacity for self-generated escapism?  Dungeons & Dragons is a chance for everyone who’s lost that fanciful refuge to find their way back to fantasy.

Over the last year, I have spent most of my time indoors, studying, applying for jobs, and now writing.  The room I use as an office is affectionately called “The Hovel” by me and my friends.  It’s a small cellar storage space that I renovated with a bright shade of golden yellow paint and a black IKEA desk.  I have spent more time sitting in here over the last year than anywhere else, but I haven’t always been in the room.  During certain regular digital meetings, I’ve climbed the moss-covered misty pathway that leads up through an alpine forest to a glacial reservoir.  I’ve trudged sullenly across miles of towering sand dunes and dusty roads, through wild and dense sandstorms that sucked away my breath and bit my face, and through the packed snowy streets of a gleaming marble city, filled with a small mountain range of towering cathedrals.

I have talked with djinn, and partied with Norse gods, and slain unusual, strange, frightening creatures who spun webs in the dark hollows of abandoned mines and lunged at me with clawed hands attached to long arms and mandibles that dripped with reeking poison.

I’ve been in stasis for months because of the current crisis, but a simple, easy game with infinite possibilities provided the greatest escape I could ever ask for.  I’ve recovered an immeasurable value of gold, jewels, art, and magic items, like spears that allow the wielder to throw bolts of lightning and clear stones that orbit your head and protect you from the need to eat or drink (the degree to which that can be qualified as “protection” depends greatly on the degree to which you enjoy eating.  For the real me that might be a curse).  In real life, I got to experience the majestic treasure of escaping into a world of imagination, and in that fictive place I learned more about myself that I could have ever hoped to discover surrounded by the four flaxen walls of The Hovel.  The experience is like reading a novel as well-crafted as The Hobbit and as interactive as Goosebumps.

Dungeons & Dragons is intimidating to a lot of people for a lot of reasons, many of them are the same reasons that keep us off stages and out of improv classes.  Others have heard about an exhaustive set of rules.  Some have seen media that depicts people dressed in costumes.  Some are simply turned away by the idea of childish games or the reputation that D&D has in certain circles.  None of that should stop you from reaping the twin rewards of self-discovery and an entertaining escape from reality.

It’s true that the game can involve all of those things, (although costumes are involved only in a minor sense and only for the most dedicated players), and for many players that’s a badge to be prominently displayed, but the casual player doesn’t need any of those inhibiting elements to play the game.

At its core you only need to follow three steps to play Dungeons & Dragons:

(I’m being a little reductive here.  There are some extra steps, but if you’re lucky you’ll have someone who can take care of all those other little details the first time you play, so that you only have to worry about the three steps above.  If not, well, bumbling your way through the first couple attempts is a part of the game that everyone experiences anyway, and it has its own unique flavour of associated comedy.)

The most difficult step is number one.  Everything else flows from there like water from a slowly melting glacier, decreasing in size more and more quickly from the impact of a barely understood global process that may already be unstoppable and which some of our most powerful leaders, despite the obvious observable impacts, refuse to believe is even happening.  (Can you see why I need this?)

The game has had its controversies in the past because of the inclusion of elements from certain mythologies or, perhaps even more significantly, because of the associated mien of some of the groups of people who originally played the game’s earliest editions.  However, the current version of the game is the most accessible edition that has ever existed, which is partly why the game is picking up popularity these days.

If for no other reason, you should try the game because it’s fun, because a group of people seated in circle making up stories together is a form of human spellcasting that we’ve been participating in since we drew on walls with a mixture of charcoal, spit, and animal fat, and because all of us deserve to enjoy a journey back to a time when we knew less and laughed more, if only for a few hours.

And it’s not like you’re travelling anywhere else right now anyway. 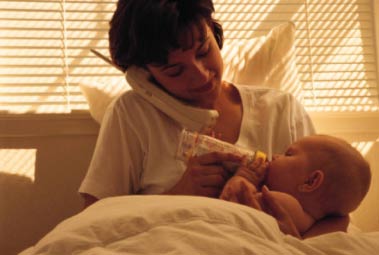