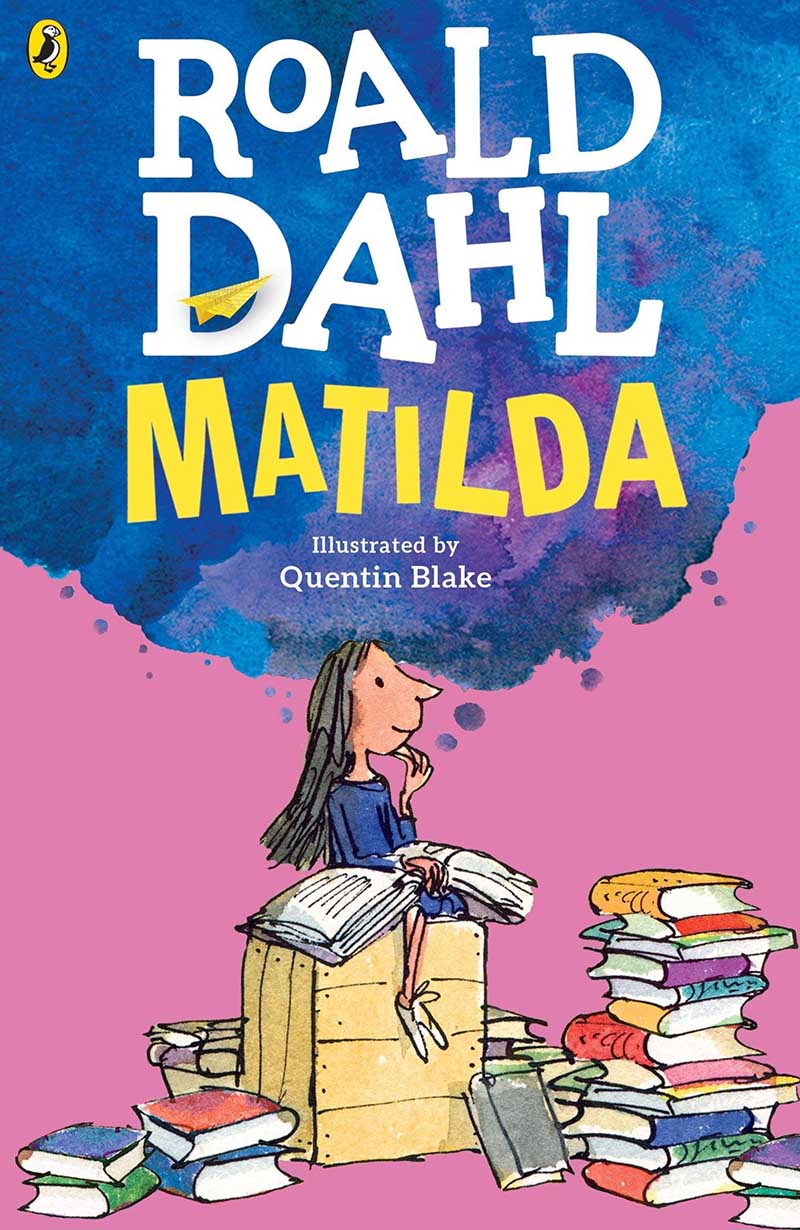 The fictional child prodigy had cropped up in earlier decades, but it wasn’t until Roald Dahl’s 1988 novel Matilda that the gender-neutral trope was popularized among children themselves.  Inspiring many young readers and imaginative minds worldwide, Matilda Wormwood shows resilience when confronted with adversity – namely, her unsupportive parents and fearsome headmistress, Miss Trunchbull – at only six years old.

Matilda is a studious girl from South East England who’s intellectually frustrated because Trunchbull won’t allow her to enroll in a higher grade.  Her home life isn’t any better: she has to hide her books from her parents who belittle her for not spending her days lounging around and watching television with them.  When she sees Trunchbull’s despotic behaviour bring distress to everyone at school, she presumably understands what it feels like to be bullied and develops telekinesis to combat the injustice surrounding her.

Children often don’t have much agency in the real world, so authors must create situations where such characters can plausibly take control of their lives.  For example, Matilda is prohibited from reading at home, so she goes to the library instead, and when Trunchbull mistreats others, such as stealing most of her niece’s inheritance and salary, Matilda pranks Trunchbull in supernatural ways that fuel her guilt.

Dahl’s writing reflects children’s natural sense of wonder and adventure, if not mischief, and it is the character’s trials that help them come into their own as individuals.  Matilda’s defiant acts become riskier as her telekinetic abilities improve, highlighting two key aspects of her character.  The first is the responsibility she holds for controlling and maintaining these powers, especially since they leave her fatigued at first.  Mistakes and limitations teach characters to be mindful of how they use their skills; otherwise, they’d be no better than those who abuse their authority.

This ties in, then, with the second aspect: Matilda’s desire to punish the antagonists for their misdeeds against completely innocent characters.  It’s crucial to note that, compared to the American film adaptation, Matilda hardly uses her powers for the task.  The implication here is that she comes to understand the consequences for using them and elects to do so only when another character truly deserves it.  I think this is an interesting takeaway for youth: that to do the right thing, they sometimes may have to resort to less noble actions, and it’s up to them to use their best judgement when deciding how to proceed.

For her age, Matilda is shown to be quite emotionally perceptive.  She recognizes when she or others are being treated unfairly, and she not only stands up to the abuse, but also befriends those who could use the support.  Her most important friendship is with Trunchbull’s niece, Miss Honey, who in turn motivates Matilda to create a space that reflects her needs.  Matilda’s growing independence culminates in her convincing her parents to let Miss Honey adopt her.  What’s significant about their bond is that Miss Honey both challenges her new daughter academically and provides an environment that nurtures her as a normal human being, which is evidenced in their affectionate moments and recreational activities families would partake in.  I am critical of narratives that only seem to value child prodigies for their genius, so it’s reassuring to see a portrayal that addresses developmental needs families could relate to.

That being said, Matilda is written as a role model in a comic fantasy for children.  We don’t witness the extent to which her unhealthy dynamic with the her former parents realistically affects her because it would be tonally inconsistent with the rest of the book.  This isn’t to say Matilda can’t experience some form of reality, however: once she’s finally registered in a grade more appropriate for her level, she loses her telekinetic strength.  I wish the film retained this element of her arc, as it shows her growing out of revenge so that she can focus on the things that matter – her education and relationships.  The novel’s end, in my opinion, teaches a powerful lesson about never losing sight of your personal happiness and preparing yourself for the next stage of your journey.

Not long after Matilda’s story hit the shelfs, we began to notice other young bookworms in media take the spotlight such as Lisa Simpson from Matt Groening’s The Simpsons and Rory Gilmore from Amy Sherman-Palladino’s Gilmore Girls.  What these characters have in common is that, no matter how talented they might be, there is always an opportunity to learn more about themselves and the world beyond their favourite books.  To my readers who grew up with Matilda and possibly share it with their children, may you continue to do the same – together.

Women You Should Know – Carrie Derick