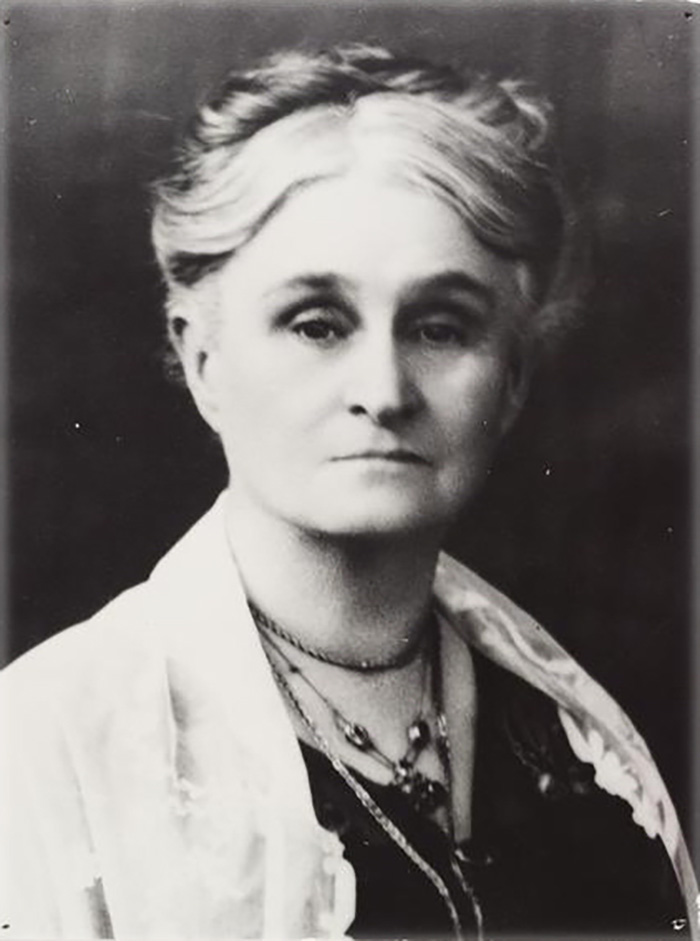 Edith Dircksey Cowan was a social worker and politician whose focus was the welfare and rights of women and children.  She fought against domestic violence and openly discussed venereal disease, contraception, and prostitution at a time when these things were kept in the dark.  In 1921 Cowan was the first woman to serve as a member of the Legislative Assembly of Western Australia.  She was one of four women who ran, and all were subject to verbal abuse while campaigning. However, due to her notable reputation, Cowan won the election.  She was the first woman in Australia to become a member of parliament and the second in the British Empire.  Not everyone was pleased with her win.  The following was written in the newspaper The Age of Melbourne:

“Were political office to become the ambition of the Fair Sex, and were standing for Parliament to become the latest craze of fashion, there would be many dreary and neglected homes throughout the country sacrificed on the altar of Political ambition.”

Cowan made it clear that her intent was mainly to bring a woman’s vision into the way her state was governed.  During her speech Cowan indicated that she would only be responsible to her own constituents, as she stated “there are too many here who are possessed on the old party spirit.”

Cowan served only one three-year term, during which time she introduced two private member’s bills.  The first gave women the right, whether married or single, to enter into the workforce.  The second gave inheritance rights to women whose adult children died without having a will or children of their own.  Both Bills were successfully passed.

Edith Cowan was born August 2, 1861 in Glengarry Station, Western Australia.  Her mother died when she was seven years old, and she was subsequently sent to boarding school.  Her father remarried and was later hanged for killing his wife when Edith was 15 years old.  Edith was then sent to live with her grandmother.  Due to the trauma of her childhood, Edith became a solitary person, but at age 18 married James Cowan, Registrar of the Supreme Court, Perth, and they had five children.

Edith Cowan accomplished many “firsts.”  For example, she became a significant figure in the women’s suffrage movement, during a time in history (1899) when women were given the right to vote.  Cowan advocated for the rights of children and served on a local Board of Education.  In 1906 she was momentous in creating The Children’s Protection Society and the Children’s Court.  Also, in 1911, Cowan assisted in the establishment of the National Council of Women.  She played a significant role in the creation of the King Edward Memorial Hospital for Women in 1916.  Cowan held positions on many boards in Western Australia, including the Town Planning Association, Western Australia Historical Society, Infant Health Association, Nationalist Party Executive, Bush Nursing Association, and Western Australia National Council of Women, just to name a few.

Edith Cowan died on June 9, 1932 at the age of 70 following a long illness.  She was buried at Karrakatta Cemetery following a sizeable public funeral.  Cowan’s legacy was vast and includes The Edith Cowan Memorial Clock. This clock was constructed at the entrance to Perth’s Kings Park two years after her death.  In 1975 her portrait was included on an Australian postage stamp, as well as on a fifty dollar bill in 1995.  In 1996 a plaque honoring Edith Cowan was positioned in St.  George Cathedral, Perth.  In 1991 Edith Cowan University purchased the home which Edith and her husband and children had lived in for twenty years, and reconstructed it on the university campus.  In 2001 Edith’s name was added to the Victorian Honor Roll of Women.  Since there was far too much information about this outstanding woman to be included in this article, additional information can be found at https://www.nma.gov.au/defining-moments/resources/edith-cowan.