Columns
The Voice
Homemade is Better—Brisket 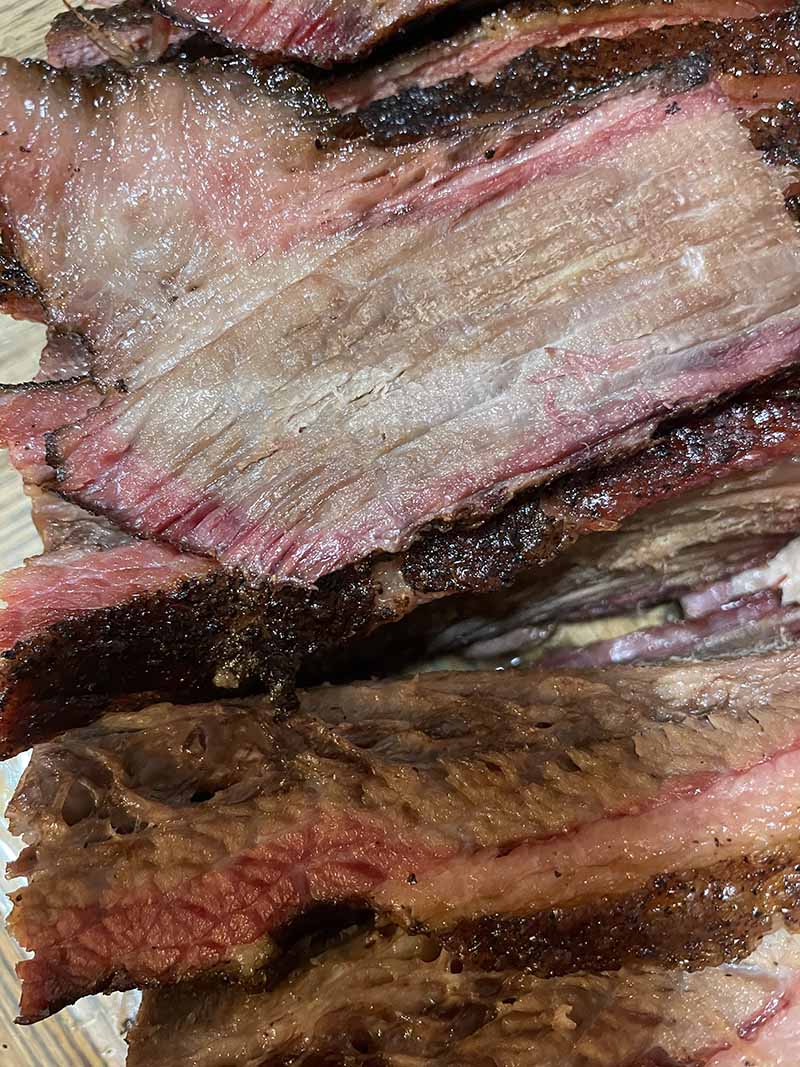 I threw my back out last week and had to put my recipe on hold.  This week, to make up for it, I’m smoking a brisket for my Dad’s birthday, which was last week at the time I’m writing this.  I might be a little late to this party, but I feel like brisket has become more popular.  I know it’s not new meat to anyone, but if my Facebook feed is any indication, more of my friends and relatives are getting into smoking a brisket! 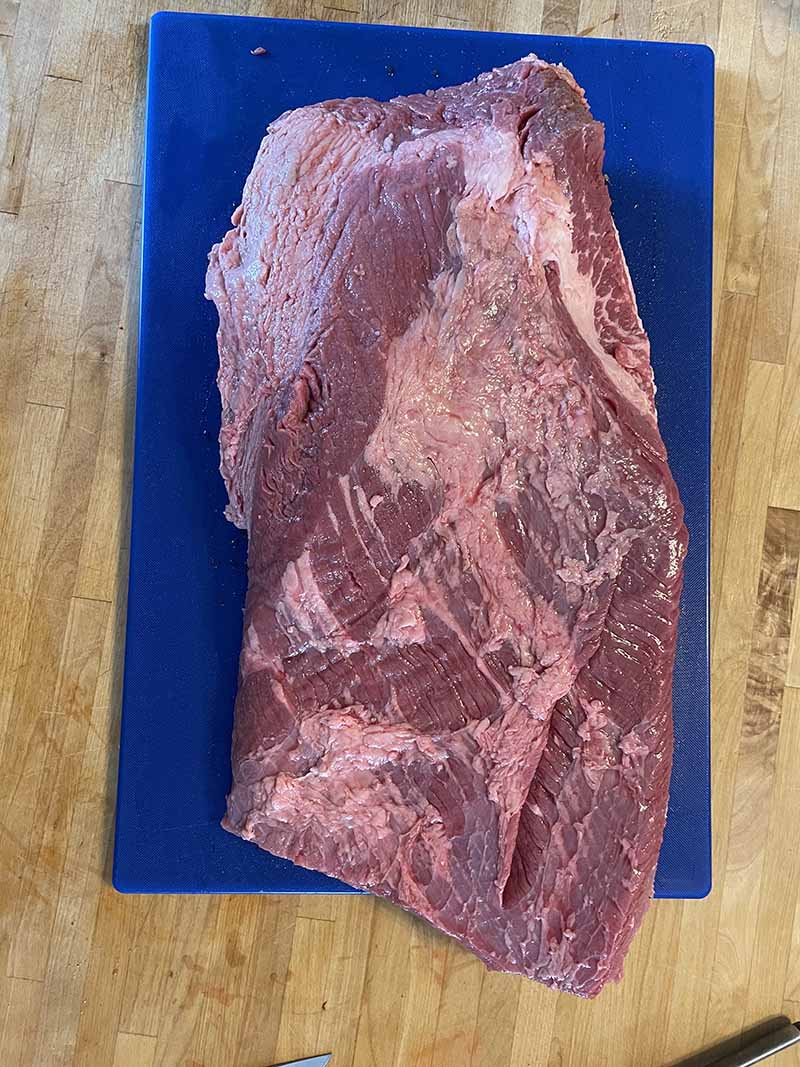 A while ago, I got into a Netflix series called the Chef Show, an extension to the movie Chef starring Jon Favreau of Marvel fame.  In the movie Chef, Jon’s character is a well-known Chef at a fine dining restaurant.  He decides to start a food truck and drives across the USA serving up his delicious eats through a series of events.  One-stop they make is to Franklin BBQ in Texas.  Owner Aaron Franklin has become a legend for his brisket, with people coming from miles around to get some.  In the Netflix series, Jon and his friend and mentor, Chef Roy Choi, revisit Mr. Franklin to learn the secrets to good brisket!  The show provides some great pointers on how to trim and season the meat before smoking it.  I drool every time I watch that episode, and I’ve seen it four or five times. 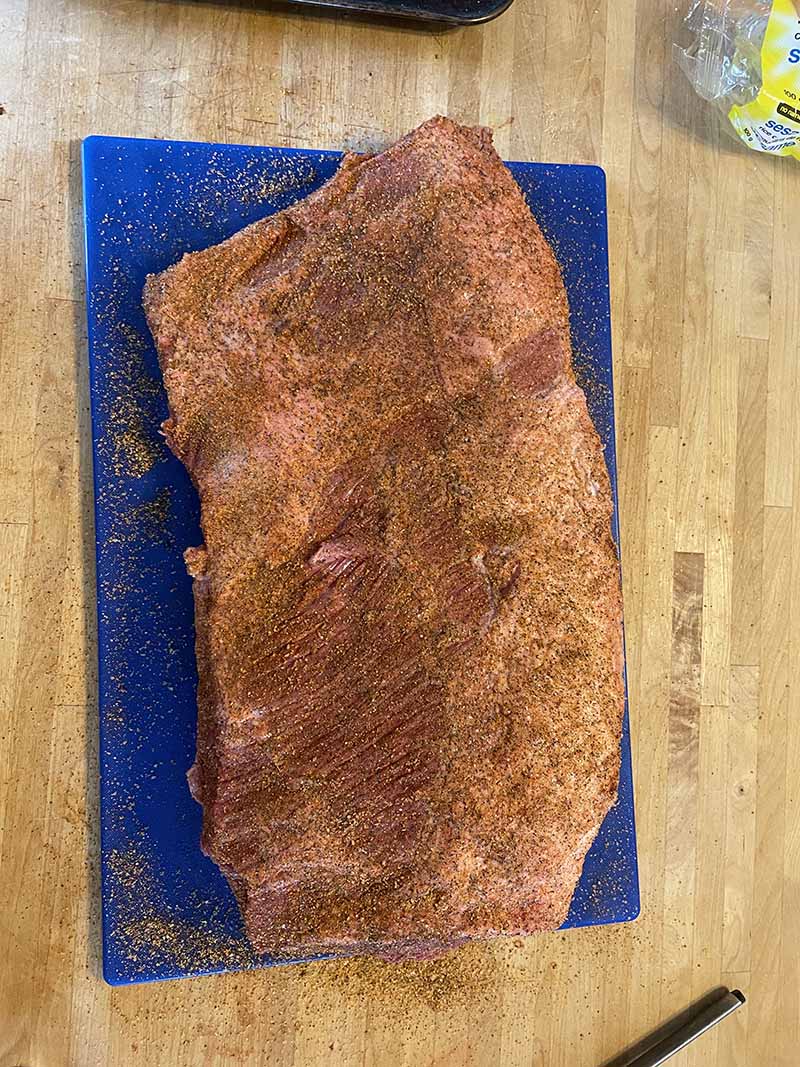 In previous articles, I’ve talked about cooking things in the oven if you don’t have a smoker.  And understandably, there are so many choices of smokers to get that you could spend thousands of dollars trying to get the perfect smoker.  Then there are the types of fuel each smoker uses, pellets, chunks, pucks, sawdust, gas, electric, coal!  What shape of smoker do you get, box, barrel, egg, off-set?  How do you pick?  The good news is unless you want a smoker, this recipe is transferable to your standard oven.  The temperature is the same, and the cook times are the same. 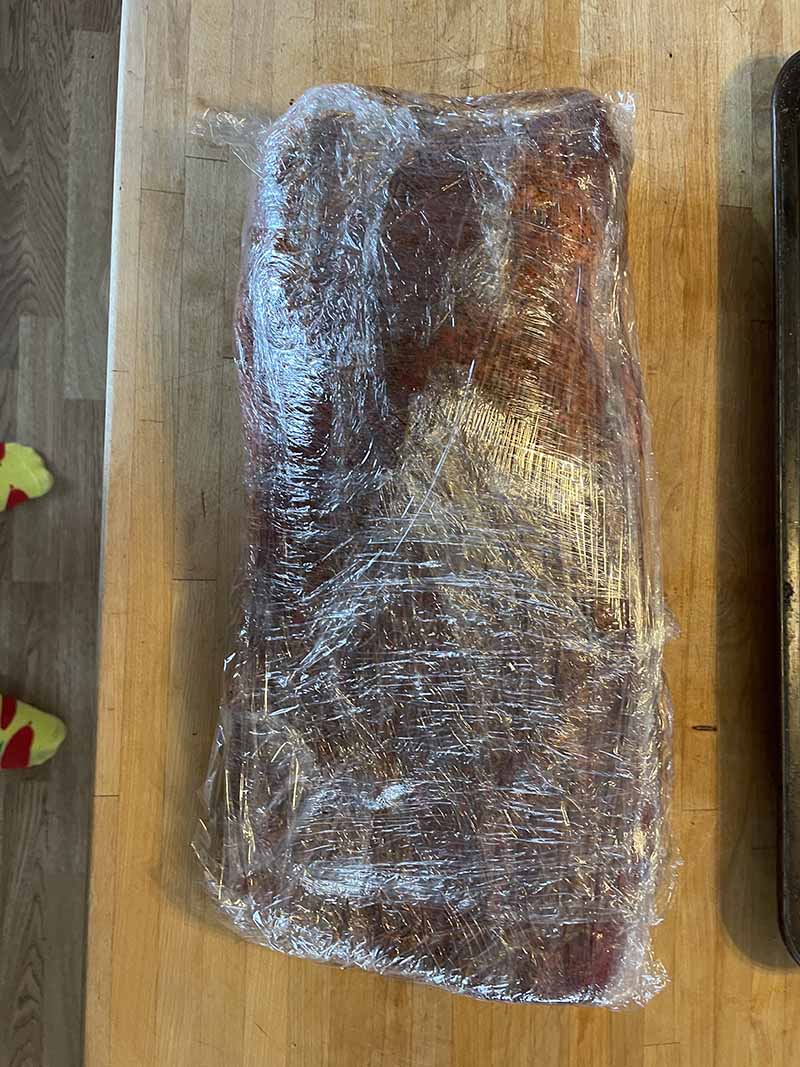 But let’s talk smokers for a moment. I’m on my second smoker, and I can tell you this model is better than my first, but the first one was a great starter smoker.  My wife bought a stand-up box style a few years ago to get me started, and I probably used it a couple of dozen times over the years.  It used propane fuel and was a decent little contraption.  I found that the propane style was hard to control, but I’ve also learned that there is always temperature variation and that where your smoker is stored can make a difference.  If you’re smoking in the dead of winter, you’re going to need more fuel and more heat, and it’s going to take longer.  If you keep it in a warmer environment like a detached garage, with the door open to let the smoke out, it will keep the elements at bay. 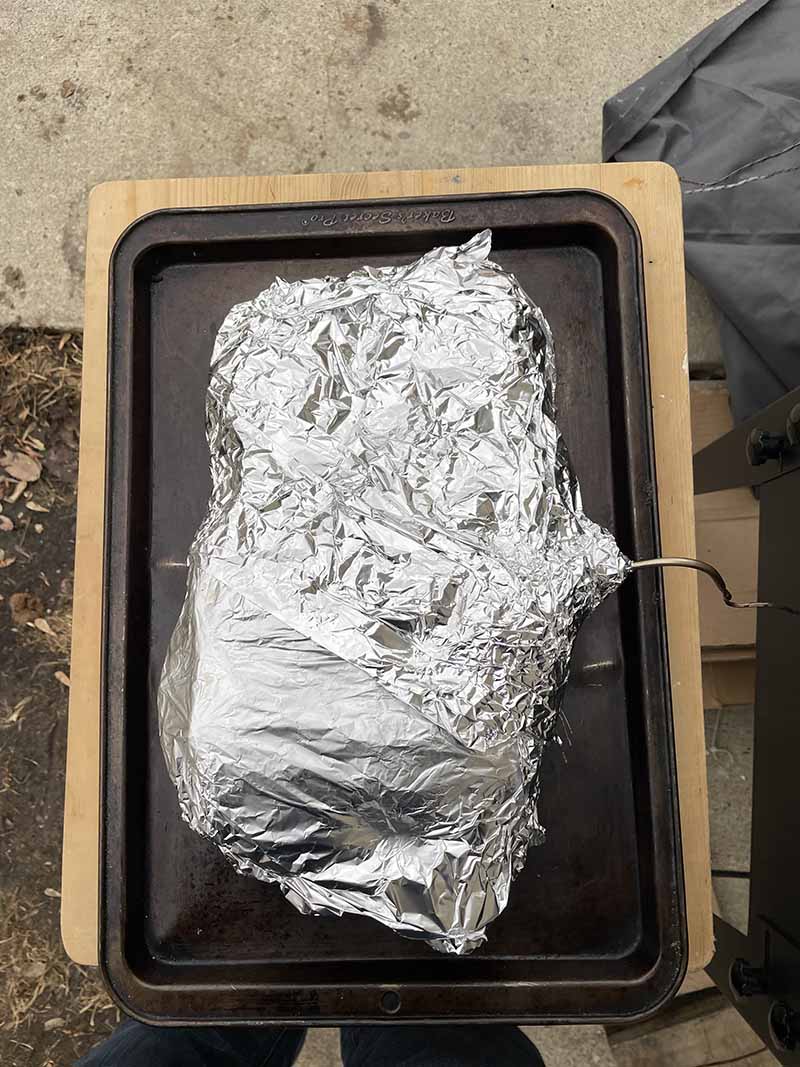 Now I’m using a smaller but higher-end pellet-style smoker with an electric box.  The electric box does a great job of keeping the temperature consistent.  It still fluctuates, but not nearly as much as the propane.  A guy I sometimes watch on YouTube that lives in my neighbourhood prefers to use the egg style; he adds his coals and his chucks and lets it warm up.  My aversion to this style is access to the fire.  I don’t have much experience with them, so I’ll admit I’m ignorant of how they work.

Many of the BBQ pros in the Southern US seem to use the off-set style, with a smoke box on one end, and the rest of the smoker looks like an oil barrel.  These styles work better and are more versatile because you can hot smoke and cold smoke with them.  Some advice for those that are looking into it, the cheaper the smoker, the cheaper the metal.  This is important because a heavier gauge metal will hold the heat better.  Think of a cast iron pan versus a basic aluminum pan.  They will both cook, and they will do a decent job of it, but the cast iron will use less energy to heat up than the aluminum.  Because the cast iron can dispense the heat more evenly and keep that heat for longer, it will cook more consistently.  The aluminum pan will heat up, and eventually, the pan will reach the right temperature, but aluminum isn’t as good at dissipating heat as iron. Don’t get me wrong, as I said, they will both heat up and cook your food, but one is more energy-efficient than the other.  Smokers and grills are the same.  You certainly don’t need to pay thousands of dollars for a great smoke or grill, BUT one made from a thicker gauge of metal and quality materials will do a better job than thinner metal and cheaper materials.  So take the time, do some research, check youtube for reviews, read about them on various websites.  If you put your time in and do the leg work, you’ll find the product that will give you the most satisfaction.

And now, my recipe!

OR a premixed seasoning of your choice