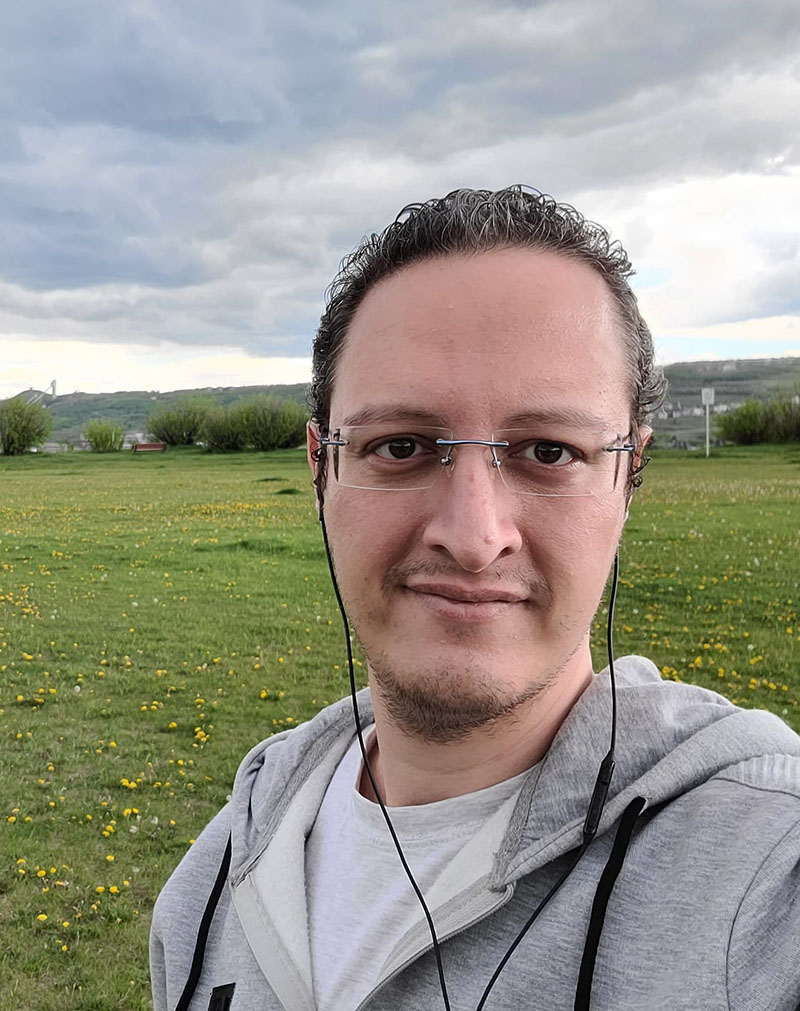 The Voice Magazine recently had the chance to chat with Ahmed Sherief from Calgary, Alberta, the Treaty 7 territory of the Blackfoot Confederacy (the Siksika, Piikani, and Kainai First Nations), the Tsuut’ina First Nation, the Îyâxe Nakoda (the Chiniki, Bearspaw, and Wesley First Nations), as well as the Métis Nation of Alberta (Region 3).

Ahmed is currently enrolled in a Bachelor of Arts with a double major in Psychology and Sociology, with a minor in English.

He first came to Canada with his family “about two and a half years ago” and has “been living in Calgary ever since.”  He stated, “I am married, and have a boy and a girl, 11 and 7 years old.  I have a Bachelor of Science in Chemical Engineering from Alexandria University in Egypt and had previously worked in oil and gas industry in Egypt and Iraq for 12 years.  My original plan was to come to Alberta and pursue work in the field of oil and gas.  The plan did not work as the industry continues to struggle.  I started looking inwardly into my passions, and the old flames of psychology and writing rekindled.  I applied to Athabasca for a psychology major and sociology and English minors, and here I am.”

He continued, “My passion has always been to help people become the best versions of themselves.  I used to do that through conversations with my friends, family members, and colleagues where I asked them questions to probe into their inner motivations and then suggested paths they can follow to fulfill their dreams.  By taking a psychology degree I can do an even better job in advising people on such matters armed the scientific knowledge I should gain.”

When he is not studying, Ahmed loves to read novels (he is currently reading The Hobbit by J.R.R. Tolkien) and to write “stories, poetry and articles.”  He is also currently “working on a novel about Magic in Ancient Egypt.”  He would like to meet “J.K. Rowling, the creator of Harry Potter series.”  He explained, “I really want to talk to her about her early years when she was writing the first book.  I think that would give me a lot of energy to continue with the novel that I am writing.”

Ahmed’s father has had the greatest influence on his desire to learn.  He stated, “He always opened doors for me to look through and learn about different things in life.  Since as far as I can remember he used to bring me books and comics to read, and he used to talk to me a lot about history and ancient mythology.”

As for this experience with online learning, Ahmed thinks that it has “been good so far.”  He continued, “I did really well with my first English and Psychology assignments, and that gave me a push to work even harder.  What I like is working at my own pace, and having the option to be there for my family when they need me.  What I don’t like is the lack of socialization with other students and faculty members.”  He also finds communication good with his course tutors.  He stated, “They always respond within the set time, and usually offer more help than I needed.  My English tutor introduced me to the Alberta University poetry contest, and I participated.  I am really excited about that opportunity.”

If he were the new president of AU, Ahmed’s first project would be the implementation of video lectures.  He explained, “I expected there would be video lectures for each course recorded by the professors and was surprised to learn it’s not available for most courses.  I think recorded video lectures would help set the pace of studying.”

His proudest moments in life occur “whenever [he] manages to help someone break out of their boundaries and self-, or society-imposed limits and start working on achieving their full potential in life unapologetically.”  He explained, “Each time someone thanks me for changing their life, I feel it’s the proudest moment in my life.”  And his most valuable lesson learned in life?  “Truth is not always enough.  Sometimes people would believe a lie over the truth just because it was well presented.”

The one thing that distinguishes Ahmed from other people is that he does “not conform with the expectations of society.”  He continued, “I never succumbed to peer pressure to act or look anything other than how I want to act or look.  For example, I never smoked, drank alcohol, nor used swear words in my teenage years, although everyone though those things were cool.  I have always kept my own standards and never cared what anyone else thought of me.”  Best of luck Ahmed!