On April 23’s 405th anniversary of Shakespeare’s death (it’s also Talk Like Shakespeare day!), we focus the stage lights on the bard’s appearances in a pair of vintage Voice articles.

Living your literary fantasy.  S.D. Livingston highlights the physical ways you can immerse yourself in your favourite literary works.  “…if you like to be carried away by flights of imagination, how far would you go to step through the looking glass—to experience a literary world in real life?”  The Write Stuff – Through the Looking Glass, March 9, 2012. 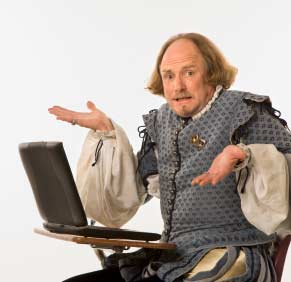