Articles
The Voice
Women In Fiction—Sulwe 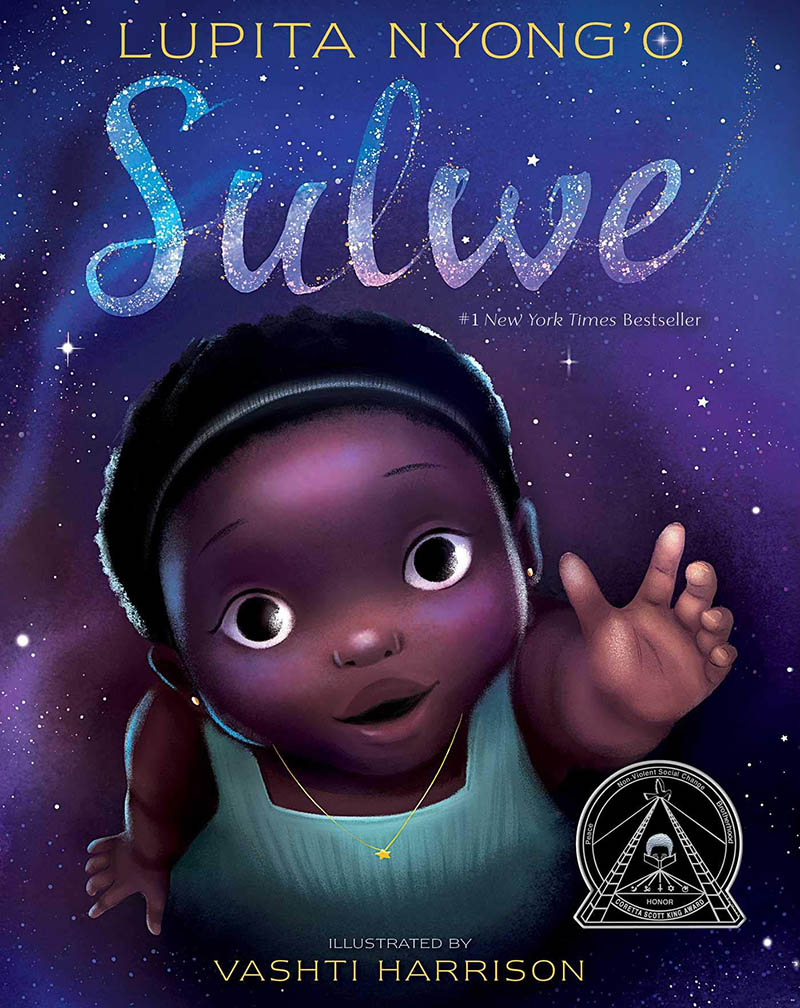 Significant spoilers ahead for the book Sulwe.  If you haven’t read the book but intend to, you should probably stop reading now.

Returning to children’s fiction for this entry, I wanted to a look at a more topical narrative that, while simple, spotlights an important discussion that our youth—and we—could benefit from.  Kenyan-Mexican actress Lupita Nyong’o penned a beautifully-illustrated book inspired by her childhood experiences, published in 2019, called Sulwe.

In this story, the eponymous little girl, who has the darkest skin tone in her family and at school, struggles to fit in because her peers favour her sister.  Sulwe begins to show confidence in herself after she embarks on a fantastical journey among the stars, which symbolizes a person’s value beyond their appearance.

Given that Nyong’o is a debut author, it’s understandable that she’s still developing her prose.  However, I found Sulwe to be remarkably well-rounded considering the limits of the picture book genre.  Nyong’o avoids depicting Sulwe as a victim; instead of pitying herself, Sulwe tries to remedy the situation, but nevertheless makes flawed decisions and overlooks better ones at first.

We don’t see Sulwe telling the other children how she feels and to treat her fairly or confiding in her loved ones for advice.  Rather, she attempts to lighten her skin by using makeup, an eraser, and brightly-coloured foods.  Characters who express envy and self-doubt are frequently written as succumbing to irrational behaviours.

In a scenario like Sulwe’s, this is a believable starting point for the fictional child’s arc because they have yet to develop healthy solutions to problems they encounter for the first time.  Imagination also tends to be regarded as a powerful resource for children, and while it can be beneficial, their impulses may also drive them to do things an adult would likely understand from experience to be impractical.

Sulwe’s turning point for me is when she seems to recognize the harm her choices are causing her and, alternatively, prays for lighter skin before bed.  While her perspective doesn’t change, I like this moment because it reads as though she’s giving herself time to correctly process her emotions so that when her mother does engage with her the following morning, she demonstrates a willingness to talk about the incident.

Their conversation allows Sulwe to begin contemplating the idea that looking past the exterior is what builds a person’s integrity, although this is a slower development.  By acknowledging that she must ponder how to approach the other children and conduct herself in a way that makes her feel comfortable, the audience might be convinced that Sulwe has fully shifted from her earlier impulsivity.

Sulwe finds her answer when the stars share the legend of Day and Night with her.  The latter’s absence means that people cannot rest, dream, or meditate.  The takeaway here is that brightness comes in different forms and offers balance in people’s lives.  It is a clever analogy as darkness in fiction is often associated with unfavourable connotations that dismiss or downplay its validity.

What this means for Sulwe in her world is that she must own to her strengths and contributions as a human being.  However, the difference is that only she can discover what they are.  Rather than taking what others say at face value as she did in the beginning, we witness Sulwe working toward self-appreciation by day and creating a space for herself under the night sky whenever she seeks counsel.  Her resolve shows that progress can be nonlinear.

Whereas other stories might’ve ended with Sulwe immediately making friends, I’d argue that not knowing her fate is a more suitable conclusion in today’s landscape.  Many people struggle to regain their dignity and trust in others after experiencing discrimination, especially a type that isn’t widely addressed by our society.  Since the growing prominence of Black Lives Matter, the topic of colourism has also been raised—a term I only recently became familiar with through YouTube videos—which discusses the preference toward light-skinned individuals despite racial or ethnic similarities people may share.

In Sulwe’s case, the human characters are all implied to be of Luo descent, but colourism can occur within virtually any ethnic group.  I believe it’s important to continue sharing stories like Sulwe’s so that readers can learn to recognize and speak out against inexcusable treatment of our fellow humans in any situation.

The Creative Spark!—Master Story Hooks for Fiction and Nonfiction