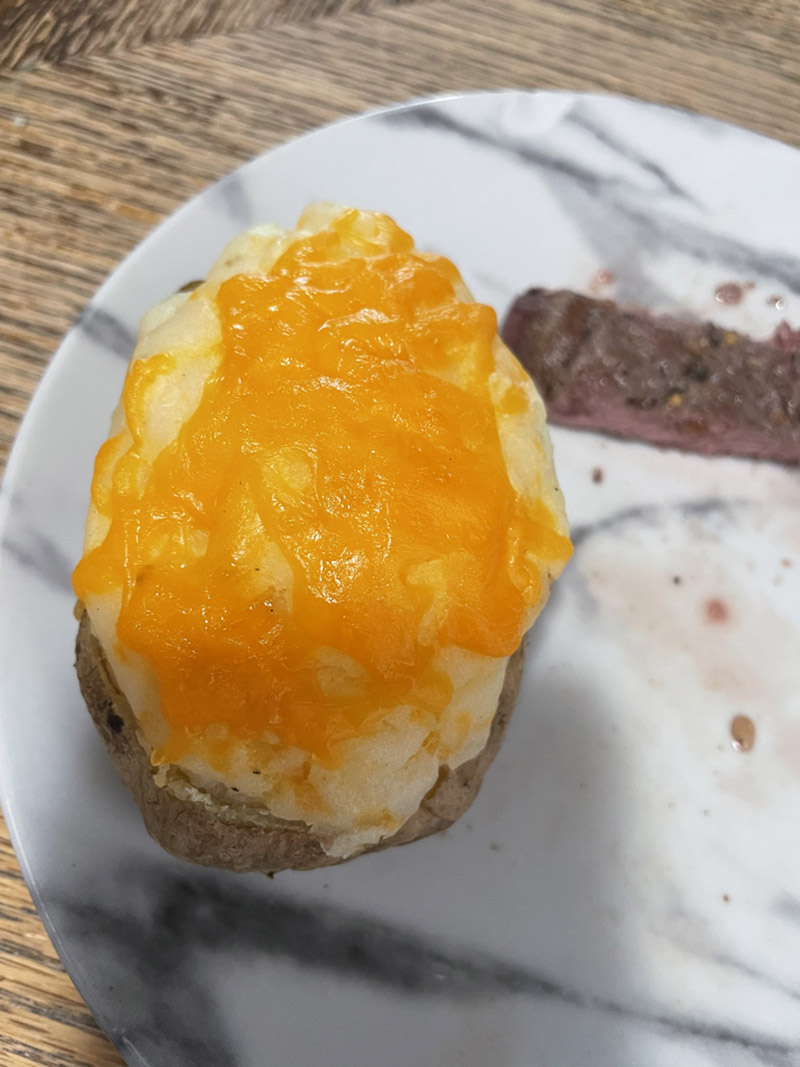 I’ve done a few potato recipes this past year, and I feel like I’m starting to run out of things to do with potatoes; then I remember that there are hundreds of recipes for making potatoes.

For restaurant-style twice-baked potatoes, you might want to consider piping the filling back into the shell, but I prefer to scoop it.  Less mess, and it looks more rustic.  The filling is where you get all the flavour as well, so take your time and make sure it tastes right before you stuff it back in.  You can use ingredients like butter, sour cream, ricotta, heavy cream, or more.  The options are endless, and you can accent it with so many other items!

If you still like that baked potato taste but want to fancy it up, then add chives, sour cream, or real bacon bits (unless you don’t eat meat, then I guess don’t bother because simulated vegan bacon bits are disgusting, and your palate doesn’t need garbage).  You can also add cinnamon, nutmeg, or allspice in small amounts.  Don’t overdo it, though, maybe ½ tsp. 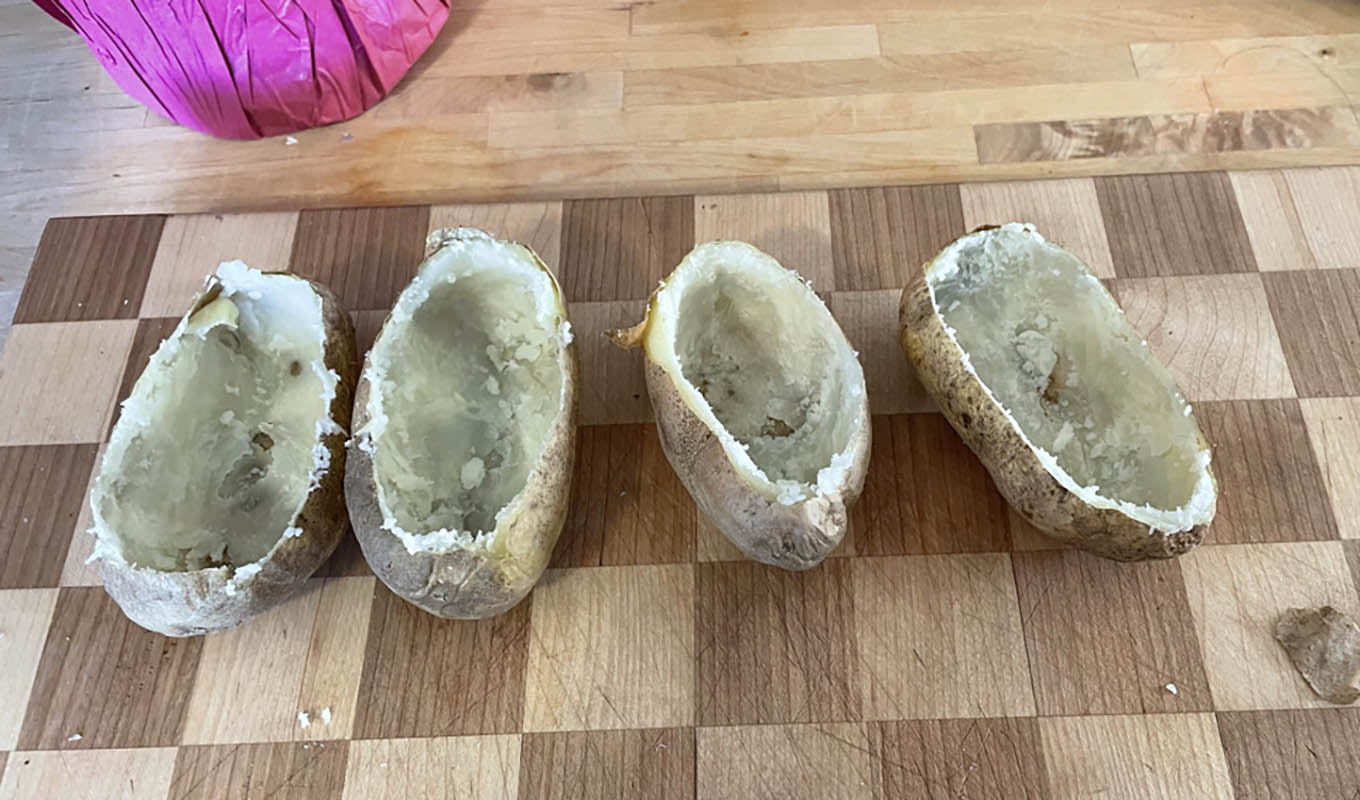 The other key is time.  You want to bake your potatoes and rub the outside with a bit of oil to get crispy skin.  This isn’t a make or break, but it levels up the dish a bit!  Bake them for about an hour, then let them cool for about 10 to 15 minutes.  You want to be able to handle them but still want them a little warm.  When scooping out the insides, don’t be too rough; you’re trying to keep the potato skin intact, so leave a thin layer.  Next, you whip everything together and scoop the now mashed potatoes back in. 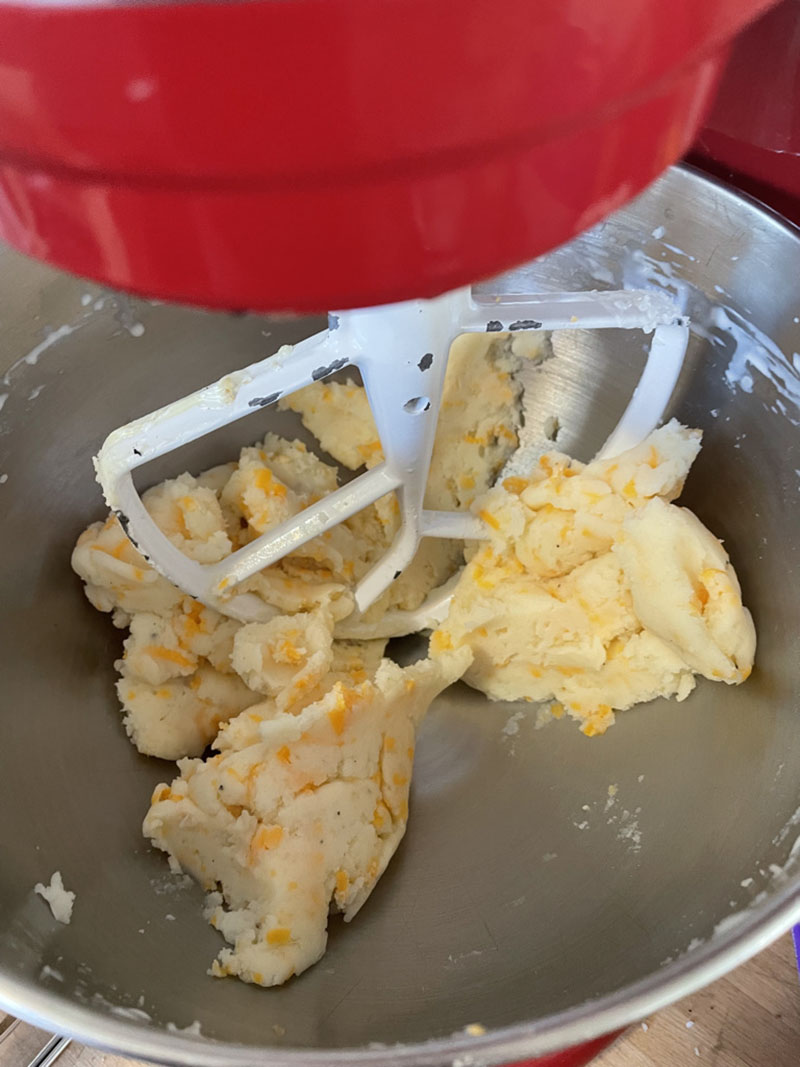 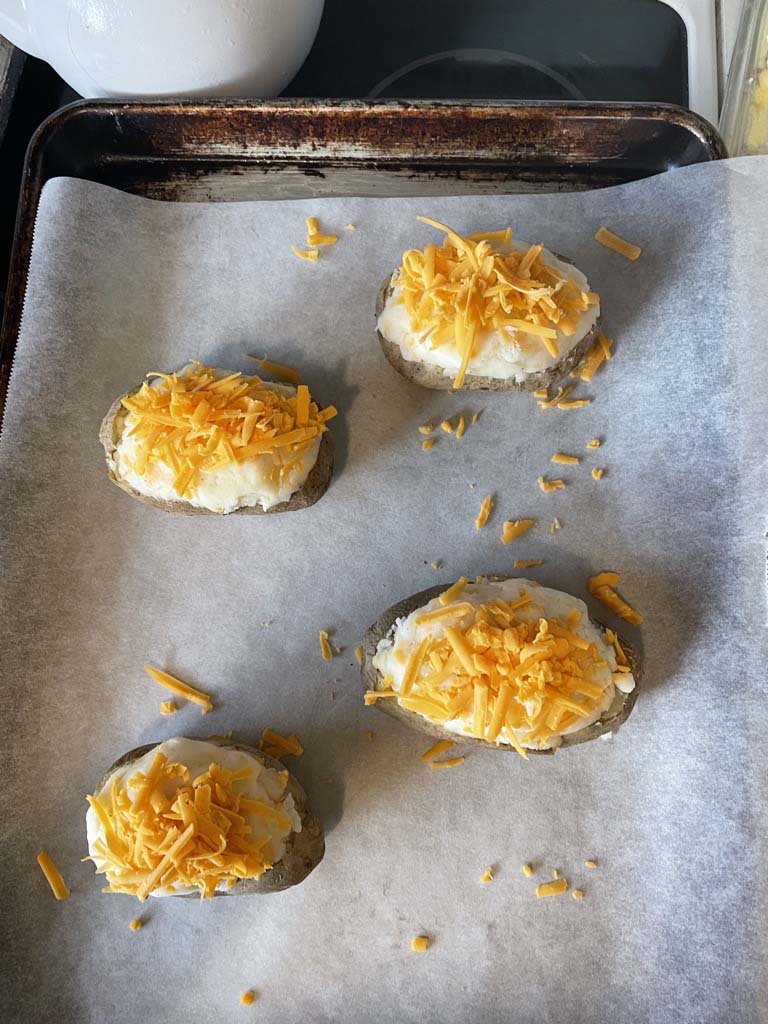 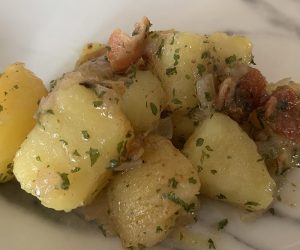