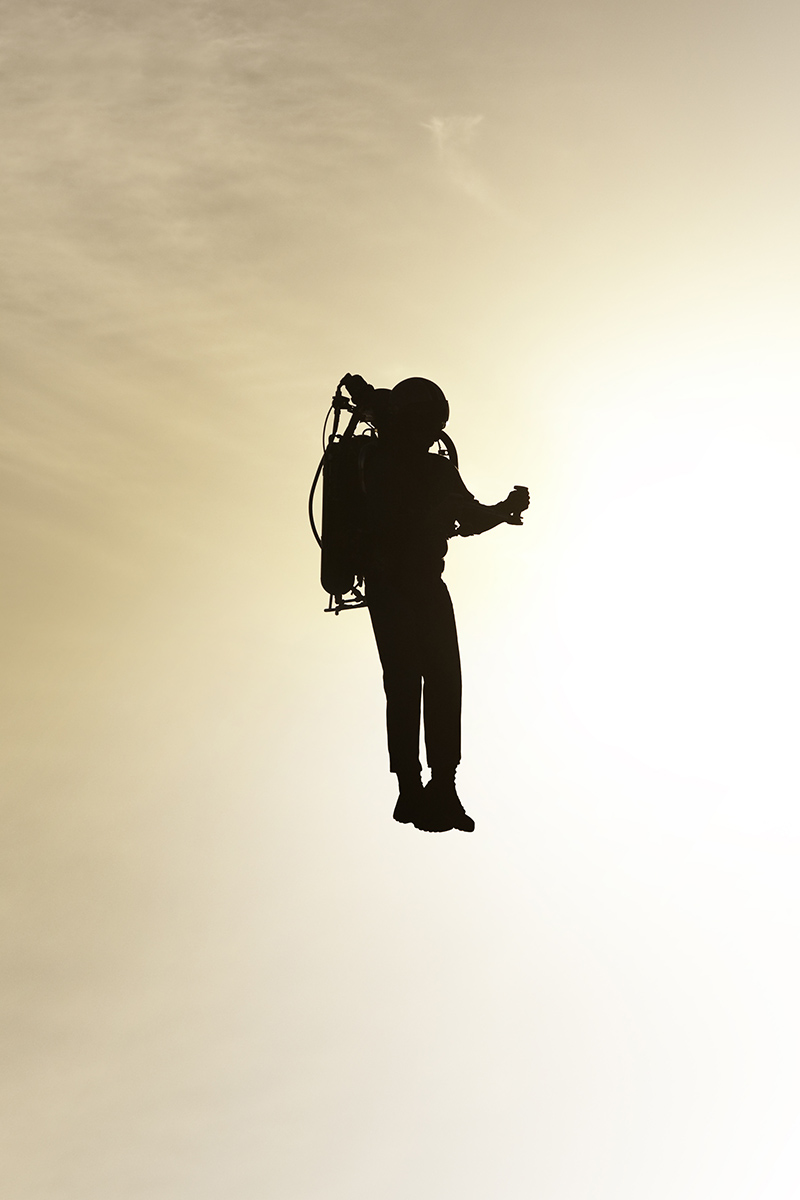 An interesting sidebar about this piece is that though the judges know it as Northern France, 1905, the original title was Jean-Denis Goes Aloft.  But that title was only in the file name of the document—a file name that got scrubbed along with all the other meta-data when we anonymized all the entries.  Instead, it was sent to the judges with just a number as the file name (in this case VC-F28), and so they took the first line of the piece to be the title.  It doesn’t seem to have hurt it, however, as it made Blythe Appleby our runner-up for the fiction side of the Voice Writing Contest.

Judge Barbara Lehtiniemi noted, “Northern France, 1905, is a breathless romp through a focal episode in the Age of Invention, in which set-backs are simply an opportunity for improvement. In this piece, the dialogue performs the heavy lifting, introducing the characters and propelling the action. The pacing perfectly captures the heady excitement of the time, along with the unbridled enthusiasm of the grease-stained and slightly manic inventor. I thought the writer ably established the setting and characters, and so thought it unnecessary to mention the (obviously French) characters spoke in “a strong French accent.” But overall, I found this story pure fun to read, leaving me hungering for more of the madcap adventures of Monsieur de Saint-Michel.”

In any event, please enjoy our runner-up entry, Jean-Denis Goes Aloft, or, as I’ve come to know it:

The manor house stood at the end of a long drive that branched off from the village road.  Why its owner had chosen to move to the country was not generally known among the village folk; but it was said that he was “eccentric,” which seemed to explain everything.

The manor’s front lawns were grand and well-kept, its blooming rose bushes perfectly pruned.  The house itself was classical in style and scrubbed pure white.  A park surrounded it, blending with the vineyards and farms of the rest of the valley.  A bird singing in a tree at the back of the manor was suddenly startled into silence by a chorus of exclamations that burst from a rear outbuilding.  It flew away as two men moved excitedly from the gigantic shed’s door, struggling to carry something the size of a knapsack between them.

The first man was short with a small moustache, wearing a manservant’s suit.  The second man was obviously in charge.  He was taller than the other, but this was not saying much; he was also the younger of the two, a few years before thirty.  Goggle-sized marks around his eyes were the only relief from the scorched blackness on his face.

“Now, Jacques!” he cried in a strong French accent.  They set their load down in the lawn, both almost falling forward into each other.  “And now, mon ami, for the testing.  You have the camera?”

The younger man looked positively giddy.  “Good, good.  Now—”  He stopped suddenly.  “Do you hear something?”

A carriage had come up the manor drive, and a middle-aged man in a top hat stepped out.  He jumped as he saw the young man waving a hand at him from a corner of the building.

“Papa!”  The newcomer was ushered to the back of the house.  “You have come at just the right moment to witness this monumental experiment!  Here, Jacques, lift it up onto my back now, eh?  Papa, would you mind—?”

The father hastened to help lift the pack that had been carried to the lawn.  “But, Jean-Denis,—”

“Not now, Papa!”  He put his arms through the straps on the pack and tightened them.  “You can be the first to congratulate me when I come down!  Now, Jacques, light the packs.”

“Oui, monsieur.”  At arm’s length, Jacques touched a match to the bottoms of the two cylinders on Jean-Denis’ back.  There was a sudden belch of flame and the young man was gone, leaving two round patches of burnt grass behind.

“Ah ha!” Jean-Denis shouted from the sky above, wind whipping his hair.  Jacques snatched up a camera and began filming, cranking the handle rather quickly in his excitement.  “It is wonderful!  I am flying!”

The jetpack continued to rumble and flame.  Papa stared upwards in astonishment.  Jean-Denis was still yelling happily when there was a sudden explosion behind him and a loud pop-pop-pop.  His yells increased in pitch as he fell downwards.

Jacques looked up from his camera and jumped.  “Monsieur!” he shouted, and began to run after Jean-Denis.  “Look out!  You are going to crash into that tree!”

“Sacre bleu…” muttered Papa, clapping his hands to his face; then he too ran forwards.

The men on the ground shouted up instructions and warnings, but were cut short by a jarring crash that made them cringe.  There was a groan from within the branches of the tree above them.  Then, as they looked up, Jean-Denis’ voice called down,

“No, it is only a small crash this time.”  The tree creaked and some leaves rustled as Jean-Denis shifted.  “Now help me out of here.”

Within a few minutes, Jacques had procured a ladder and climbed up to retrieve the faulty jetpack.  Jean-Denis, blinking dazedly, followed him down soon after.  Leaves were in his hair and he sported cuts and bruises on his hands and face.  He clapped his father’s shoulder.  “Don’t look so worried, Papa,” he cried happily.  “That jetpack doesn’t really matter.  Soon I will have finished something that will beat all methods—a real flying machine!”

“A flying machine—with wings!  Come, I will show you.”

He led Papa back to the gigantic shed.  “There she is!”

In the middle of the building stood an almost complete aeroplane.  “It is almost finished,” Jean-Denis breathed.  “Then I will take it up into the sky.  And—”

“Mon fils, why do you risk your life with these silly things?” cried his father.  “It worries your mother and I to death.  You are young, Jean-Denis.  Why don’t you marry, settle down?  Why don’t you give up these childish things?”

“But Papa, they are not childish!  They are wonderful!  If you had been flying, you would understand.”  His eyes lit up.  “I shall take you flying, Papa!  The glider is still useable—”

“What!  Going already!  You won’t even stay to lunch?”

“No, I am having lunch with your mother.”

“No.  Goodbye!”  He dashed out of the hangar and back to his coach.

“Too bad,” Jean-Denis said ruefully.  “Jacques, I will be lunching out here today.  I must work on my machine.  Today, tomorrow—I shall finish it!”

Jacques knew all too well that this meant there would be no sleep for either of them until the aeroplane was complete.  “Oui, Monsieur de Saint-Michel.”

“A wrench, please, Jacques,” Jean-Denis grunted, wedged on his stomach under the flying machine.  “Thank you.”  He reached behind to take it, then tightened a rivet.  “Now, if you could pull me out…”

Jacques grabbed his employer’s booted ankles and shuffled backwards.  Jean-Denis stood and surveyed the machine.  “Well, monsieur, let us hope it works better than the last one,” Jacques commented.

Jean-Denis sighed.  “It was a good idea—but the engine at the rear was not.  Remember how the back dragged along the ground while the front was in the air, trying to get away?”  His servant winced and nodded.  “Oh well.  It was better than the one with the bellows.  Theory said it would fly if it pumped air past enough.  It just jumped five feet off the ground at each pump.”  He looked at the ‘plane again.  “Only a few hours left, Jacques.  Then this flying machine will beat all the others.”

Soon, Jean-Denis jumped back from the craft and tossed a screwdriver over his shoulder without a second glance.  “Jacques!  It is done!  It is finished!”

“Quick, Jacques!  We shall push it out into the yard.”

Jacques hurried around the tail and they each pushed on a wing.  Soon it was out of the hangar and onto the grass.

Jean-Denis mopped his brow.  “Now, mon ami, I shall take her up.”

“Yes, Jacques, already.”  Jean-Denis’ eyes twinkled.  “I know what you are thinking: I have just finished this flying machine!  Why do I want to crash it already?  And I tell you, because this one will not crash!”

“That is what he says every time…” Jacques muttered.

Jean-Denis climbed into the seat of his plane, his feet planted firmly on the frame and his knees against his chest.  “Get ready!” he called.  He settled goggles firmly over his eyes, then started the engine.  “Now, Jacques, now!”

As the engine spluttered into life, Jacques leant his weight on the craft and pushed it forwards.  This kickstart helped it to start moving of its own accord, and soon Jacques stood back as it rumbled across the lawn.  It began to pick up speed, and as Jean-Denis maneuvered the throttle, the machine lifted off the ground about three feet then bounced back again.  Jacques held his breath as it continued forward.

Again the flying machine lifted…dipped, but did not touch the ground…and ascended into the air.

Jacques let out his breath and gave a whoop of triumph.  Flying steadily over the treetops, Jean-Denis shouted and laughed.  “It is working!  It is flying!  Eh bien, it works!”

A crafty look passed onto his face.  “Let us see if we can scare Jacques, eh?” he muttered, and dipped the flying machine down.  Jacques threw himself onto the ground as Jean-Denis roared past and swept upwards again, laughing.  “Ha ha!  I had you fooled, Jacques!” he shouted, looking back at him.

Jacques pointed instinctively.  “Monsieur, look!  You are about to crash!”  Jean-Denis turned just in time to see trees looming before him.

A resounding crash made Jacques cover his eyes, then look up hesitantly.  The ‘plane lay on the ground with a crimped wing.

He hurried to help Jean-Denis up, but was surprised to find the younger man smiling happily.  “It works, Jacques!  It needs repairs…but it works!  It actually flew!”

The first ever Voice writing contest!