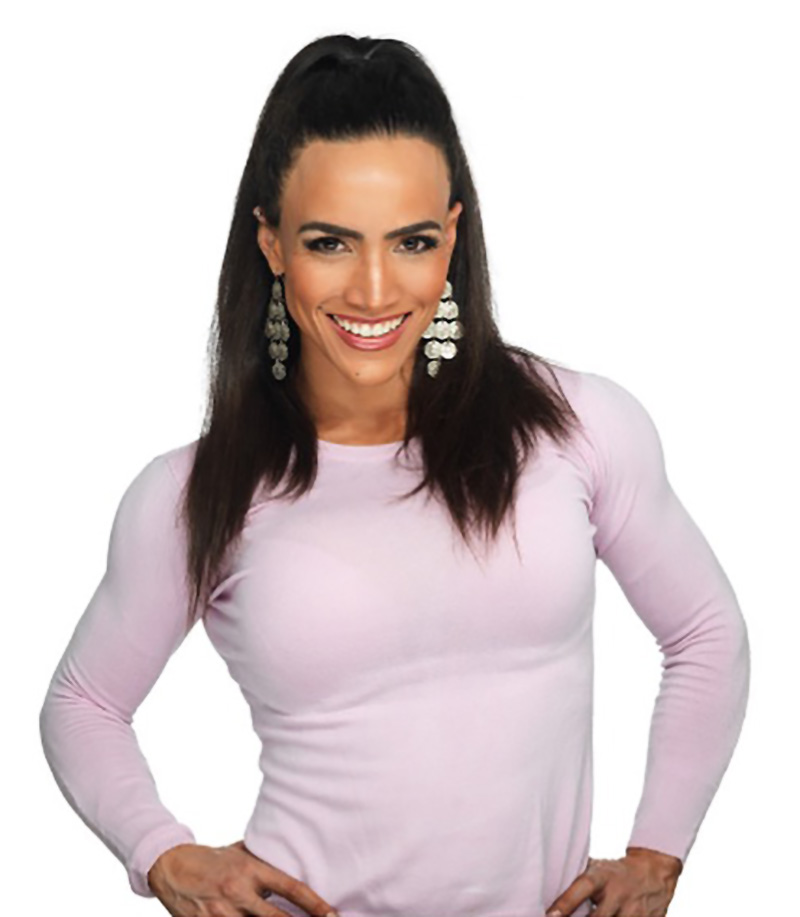 The Voice Magazine recently had the chance to chat with Dany Bianca from Toronto, Ontario, the traditional lands of the Mississaugas of the Credit, the Anishnaabeg, the Chippewa, the Haudenosaunee, and the Wendat peoples, now home to many First Nations, Inuit, and Métis peoples.  Toronto (Tkaronto) is located within lands protected by the Dish with One Spoon Wampum Belt Covenant, an agreement between the Anishnaabeg, the Mississaugas, and the Haudenosaunee to share and protect the land.

Dany is currently “taking the Bachelor of General Studies with a designation in applied studies of Business Administration.”  She stated, “The program fits really nice with my schedule, and my career plans.  I am aiming to complete my bachelor’s in the next two years, so I can gain new skills and new job opportunities in the labour market.  I would like to get a job in the international student department of a college or a university—I was an international student before so I know how students feel when they arrive to a new country and all the barriers they challenge.  In my current workplace I am able to interact with students, so I believe having a degree plus my work experience I will be able to build better resume.”  Dany is originally from Venezuela, but arrived in Canada in November 2007.  She stated, “I currently live in Toronto; however, I am planning to move to British Columbia, and hopefully one day to Florida, USA.  I don’t like winter at all.”

In addition to her AU studies, Dany is a two-time Canadian bodybuilding champion, who has appeared in several magazines.  She stated, “Before the pandemic started, I was competing all around Canada and internationally in bodybuilding.”

Although she had always wanted to finish her bachelor’s degree, her athletic career made this difficult, with completion and travel.  However, she stated, “The pandemic kind of made me to step back and make a plan of the unplanned.”  She continued, “When the pandemic hit, I started looking for universities online, and I found AU.  I kept myself busy, and still I am, while the world was entering into a crisis and the gyms closed.  Now, I am completing my academic goal.  Coming back to school kept me sane—I love the gym; not being able to train in a full gym facility has been extremely hard for me.  I want to compete again, but at this moment I am not sure when.  I hope I can come back to the stage soon, ideally 2022.”  She continued, “I have a diploma from Humber College in Ontario, and I always wanted to go back to school to finish my bachelor’s—then I started competing and it kind of got left behind.  The pandemic made me to refocus on my academic goals.  Also, for the jobs I am looking for the employers ask for a bachelor’s degree.”

When she is not studying, Dany loves going to the gym, which is her “happy place—and will always be.”  She stated, “I love lifting weights!”

The person who has had the greatest influence on Dany’s desire to learn has been  herself!  She explained, “I always wanted to learn more and do things, more excited and different than the average person.  I’d rather look back and say I can’t believe I did that, than I wish I had done that.”

She thinks that online learning has been great so far, stating, “I wouldn’t be able to be in class everyday in a university due to my schedule.  I like about Athabasca that I am able to study when I want, and anywhere.  You need to be disciplined, to be an online student is not for everyone, and I am a very disciplined person.  It would be great if in the courses we could get more interactions with other students or professors, like a chat so we can see who are the other students that are taking the same course.”

As for her most memorable courses, Dany mentioned, “I really like ADMN 233[: Writing in Organizations]; this course gives real life scenarios and situations.  I also enjoy NUTR 330[: Introductory Nutrition]; being an athlete I enjoy reading about nutrition, and health eating.  I am currently, taking NUTR 405[: Nutrition in Health and Disease], which is my second elective for science.”  As for communication with her tutors?  “So far, so good. I am able to communicate with them via email, phone when I needed.  They reply usually in a prompt manner.”

If she were the new president of AU, Dany stated, that she “would introduce new workshops or even new elective courses about mental health, personal developments, self-esteem, and how to build a financial plan or save money to buy properties.”  She explained that these courses are rarely covered in universities, even though they “are extremely important.” She continued, “The AU fees just increased, so I would try to reduce the fees or justify the increase with the workshops I mentioned.” 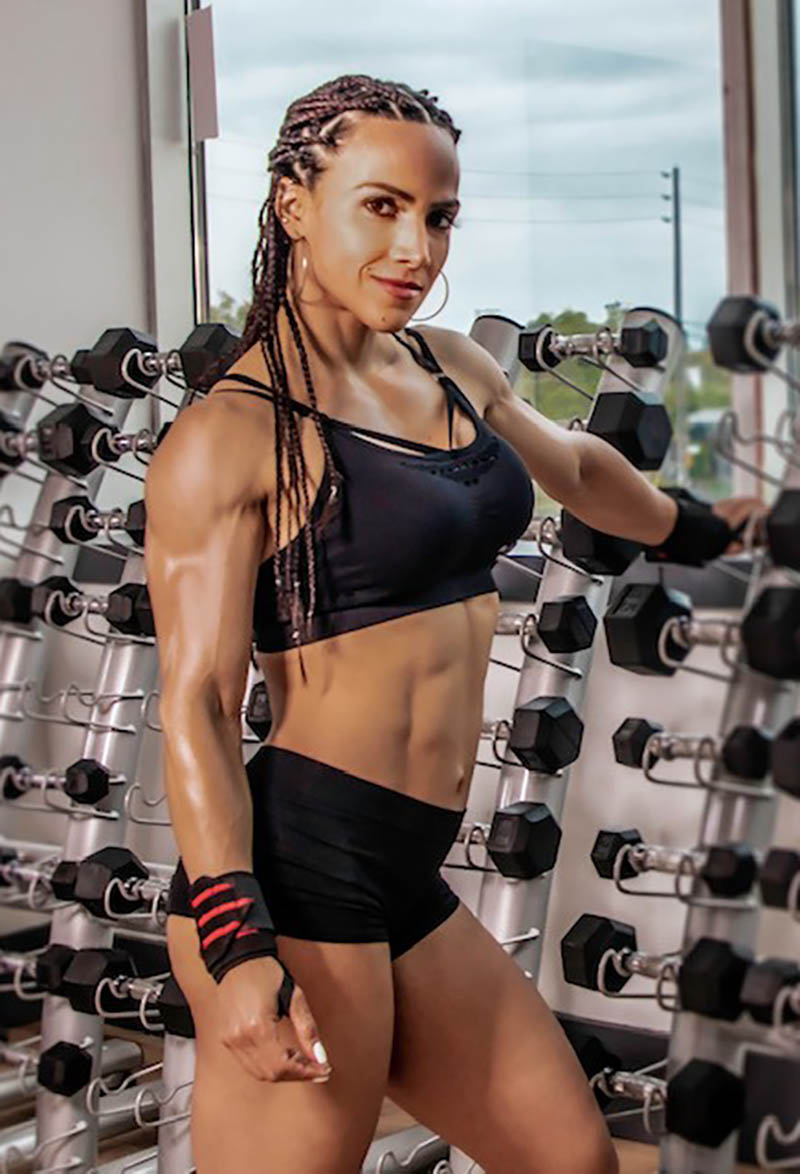 When asked which famous person, past or present, she would you like to have lunch with and why, Dany chose Arnold Schwarzenegger.”  She explained that he inspires her as “an immigrant coming from Austria [since] he was able to get the title of Mr.  Olympia, be an actor, and even a governor of California.  I am really impressed by people who come to a new country and achieve all their goals.”  And the lunch?  “The lunch would be something healthy, perhaps a salmon with basmati rice and arugula salad.  The place would be in a restaurant facing the beach in California—of course.”

When she has a bit of time in her busy schedule, Dany relaxes by watching Behind Her Eyes on Netflix because she loves “thriller movies,” and is currently waiting for the second season of Luis Miguel to begin.

Dany has had a few proud moments in her life, including being featured “in Canadian magazines and winning competitions.”   Her most valuable lesson learned in life has been: “You only live once, but if you do it right, once is good enough.  People will always criticize what you do, especially when you do better than them—don’t pay attention to them, opinions don’t pay the bills.”

And the one thing that distinguishes her from other people?   She stated, “Well, you already know I am a bodybuilder, and that I love lifting weights,  so this is something that distinguish myself from others; especially being a woman.”  She continued, “I also enjoy doing makeup.  I took a course before to master my techniques, especially when I have to do a photoshoot.”  Best of luck Dany!