Articles
The Voice
A Rant: Why the Canadian Census is Ridiculous 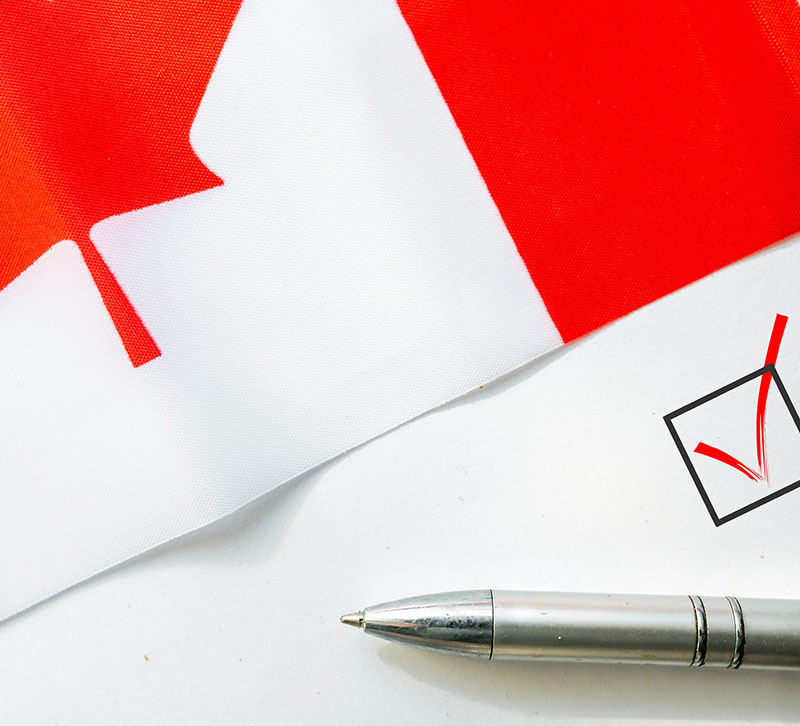 A cheery greeting is a gift that all euphoric morning people love to give, and a burden that all recently resurrected, shambling night people hate to receive.  As one of those somnambulists, I was not overly elated to hear, “just in time for me to fill out the census!” as I exited my bedroom one recent morning.

I can think of several sentences I would enjoy hearing less, but the necessary preceding context for them is so outrageous that I doubt whether my ears will ever be punished by their utterance.

“What prompted you to fill out the census?”

“We got a card in the mail,” responded this being, more saturated with morning energy than a desert cactus, “And you have to fill it out.”

The cactus could not respond.  Truthfully, I also didn’t know the answer.  I flicked the statement out more as a sardonic end to the conversation than as a challenge, but the question hung in the air after I released it.  Soon, my curiosity got the best of me.

What does happen if you choose not to fill out the census? My inquest brought me to a trove of information, all available on the federal government’s website.  The facts available there led me to an inevitable conclusion — like a blind man being led across the street by a reckless clown.  The Canadian Census is ridiculous.

What Happens if You Don’t Complete the Census?

If your first guess is nothing, then you’re not alone.  I find it difficult to imagine anyone being chased down — or more ominously, mailed a summons to appear in court — because they failed to complete their census.  In fact, the census is not something that I ever think about, until a windbreaker-wearing worker appears at my door and a wave of relief washes over me — generated by the realization that I won’t be politely listening to a sales-pitch before I’m forced to repeatedly decline their offer.  Nothing is more anxiety inducing than the sound of my own doorbell.

You may be surprised to learn that all Canadian residents are legally required to complete the census questionnaire, in accordance with the Statistics Act.  I’ve never heard a more numbing title for a legal document.

Such a sterile name might suggest a venerable patina covers the Statistics Act, much like the green roofs of Parliament, but that would be an incorrect assumption.  The bill has only been in effect since 1971, although many of its laws are so ridiculous that they seem draconian.

The penalty for refusing to participate in the census is a fine of up to $500 — and absurdly, a court order to complete the census questionnaire.  I can only imagine that sentence resulting in a cyclical pattern of $500 fines and repeated court appearances — or else a representative of the court watching over an indignant census participant like a vigilant proctor watching a devious child.

What are these Strange Stipulations about Census Years?

Did you know there is a census every five years? I didn’t.  If you had asked me how often the census is completed, I probably would have answered every year, or every decade, but the Statistics Act mandates a five-year census “for more up-to-date, detailed information about the country and its population” (Statistics Canada, 2021).

That five-year period isn’t so absurd.  What I find amusing about this particular law is the specific stipulation for which years to conduct the census.  Every year ending in zero and five would make the most sense for a five-year framework, but like many things related to governance, these laws do not follow logical reasoning.

The Statistics Act stipulates that the census should be conducted on every year ending with one and six.  Maybe Prime Minister Pierre Trudeau had a vacation planned in 1970.

Why is There a Census of Agriculture?

Did you know that there are two different forms of the census? Residents of Canada are required to participate in the Census of Population, but there is also a Census of Agriculture.

Statistics Canada doesn’t seem to know either.  Their own answer for why they conduct the Census of Agriculture simply states that they collect data on a wide range of entities in the agriculture industry so that they can create a “comprehensive picture of the agriculture industry across Canada every five years at the national, provincial, and sub-provincial levels” (Statistics Canada, 2021).  That explanation satisfies me as much as my mechanic saying I should get an oil change because I need to change my oil.

I’m sure there’s also a fine for those who don’t comply, so dealing with the Census of Agriculture might be something to consider before you commit to starting up that hobby farm.

Why Does this Matter?

Some silly sections of the Statistics Act don’t matter.  Whether the census is completed on years zero and five or one and six is a pedantic concern — and it probably has more to do with the date that the Act was passed into law than anything else.

Other odd sections do deserve some consideration though.  By Statistics Canada’s own admission, the census is an expensive operation.  Saving “millions of taxpayer dollars” (Statistics Canada, 2021) is their reason for conducting the Census of Agriculture in May, when it coincides with the Census of Population — even though many farmers are busy at that time.

Is the Census of Agriculture really so important that it needs to be conducted? It seems to be a nuisance for farmers; agriculture is not an industry that needs so much focus; and Statistics Canada doesn’t even seem sure why they do it.  Wouldn’t that money be better spent elsewhere? Couldn’t they save even more millions of taxpayer dollars by simply not doing it?

Even laws that have only been in place for fifty years should be considered in the context of current events.  If we don’t take the time to consider why things are done and if they’re still necessary, we won’t be able to effectively address today’s issues.  Puerile or pointless laws of the past can prevent progress in the present.