Articles
The Voice
Music Review—Hindsight is the Sixth Sense 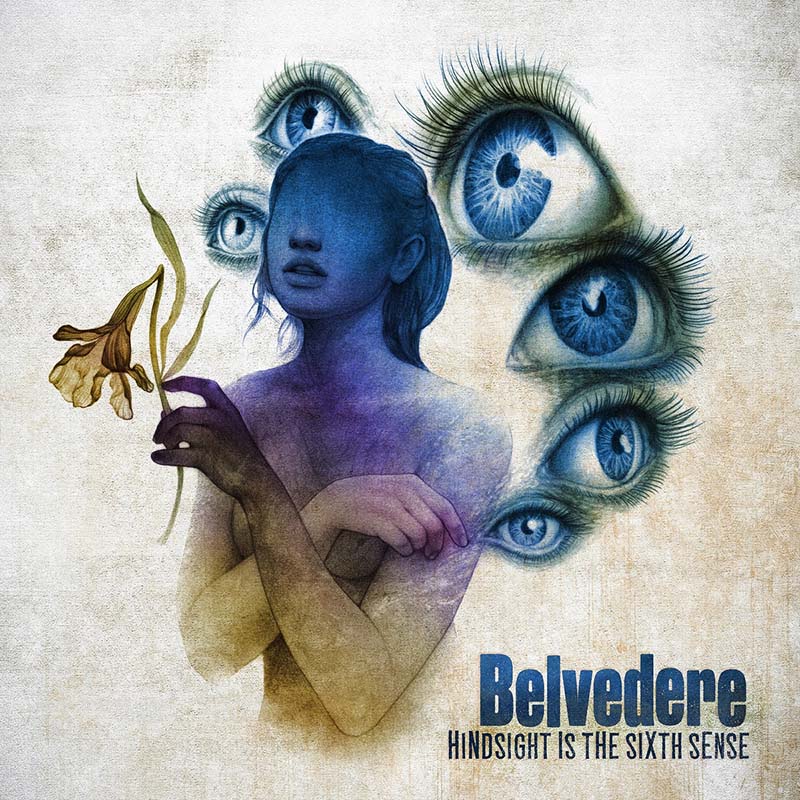 Belvedere—heroes of fast, furious, melodic punk, who have never lost sight of their roots—recently marked twenty-five years of history together.  Formed in 1995 and originally never meant to play a live show, the trailblazing band quickly grew a reputation on the underground punk scene for their blazing speed and melodic vocals.  The band was unable to tour in 2020 to commemorate their twenty-five-year milestone, which led them to write Hindsight is the Sixth Sense.  While this album features a new direction in song writing attributed to new band members Dan Wollach on guitar and Ryan Mumby on bass, the all-familiar speed, the rifts, the insightful lyrics, and sing-along harmonies are all still there thanks to drummer Casey Lewis and lead singer/founder Steve Rawles.  The album was recorded at Echo Base Studio in Calgary, produced by Casey Lewis and Steve Rawles, and engineered, mixed, and mastered by Casey Lewis as well.

Hindsight is the Sixth Sense features thirteen songs: “Happily Never After,” “Elephant March,” “The Ides,” “Camera Obscura,” “Retina,” “Chromatic,” “Good Greif Retreat,” “Comrade (feat.  Roger Lima),” “2 Fast 2 Furious,” “Memento Mori (feat.  Dylan Toews),” “Automate (feat.  Rody Walker),” “Heartbreaker,” and “Peace in Our Time.”  After listening to the album, there is no doubt that these guys are incredibly talented.  The music is intricate, extremely technical, and energetic, and Rawles voice was clearly made to sing punk.  They remind me of Bullet for My Valentine or A Day to Remember.  While I’ve never personally seen Belvedere perform, friends who have can confirm that they are just as amazing live.

Although it is difficult to choose when the entire album is phenomenal, my favourite song is probably “Good Greif Retreat”.  It is an interesting, revolutionist take on our capitalist society, perhaps inspired by the current focus on social issues in the COVID-era:

“And we say now, it’s time we took a leap of faith
And erode their streak, no shelter anymore
With no divide, unite as peers
The corporate veil should disappear”.

Profound lyrics combined with a sound that practically compels head-banging—what more could you ask for?

My one complaint with this album is merely a personal preference that maybe some other readers will share.  Admittedly, punk music is not my go-to, and while I do enjoy it, I can only tolerate small doses.  So I prefer when punk or metal albums feature at least one or two slower-paced, quieter, or acoustic songs to break up the overall “loudness” of the album.  Clearly, Belvedere is known for their fast and furious sound, so if you’re anything like me I would recommend listening in short spurts or mixing in songs of other genres, allowing you to appreciate the nuances of each individual Belvedere song.