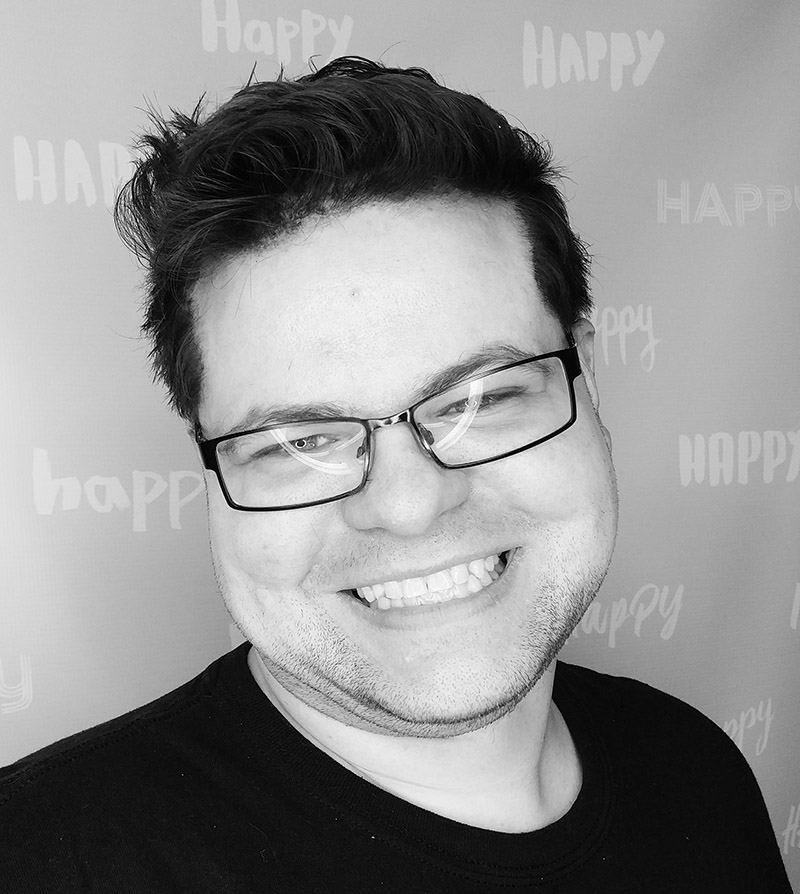 The Voice Magazine recently had the chance to chat with Dustin Karpovich from Red Deer, Alberta, the Treaty 7 territory of the Blackfoot Confederacy (the Siksika, Piikani, and Kainai First Nations), the Tsuut’ina First Nation, the Îyâxe Nakoda (the Chiniki, Bearspaw, and Wesley First Nations), as well as the Métis Nation of Alberta (Region 3).

Born in Stony Plain and raised in Camrose, current Red Deer resident Dustin previously obtained a diploma in Media Studies and Professional Communication program from Red Deer College.  He is currently enrolled at AU’s Bachelor of Professional Arts in Communication Studies.  Dustin stated, “I would like to work in the publishing industry of some form or another.  Writing skills are a huge part in communication programs, but not only that, one needs to know how to market books and press releases.  English majors can do a lot, but I feel that in communications, I can move further.”

When he is not studying, Dustin is “a huge gamer.”  He continued, “I love survival horror games like A Plague’s Tale: Innocence (which I keep dying in), and Resident Evil games.  I also play role-playing games as well like Fire Emblem and Final Fantasy.  One of my biggest hobbies is writing stories where I focus on queer protagonists in all sorts of genres.  I plan on including people with disabilities as protagonists, too.  And of course, having a social life.  I do like to talk, which hopefully gives off that vibe.”

In addition, Dustin is currently reading “Paragon Hotel by Lyndsay Faye, a historical fiction book based in 1920s Portland.”  He is “also reading The Body Knows the Score: Brain, Mind, and Body in the Healing of Trauma by Bessel Van Der Kolk.”  He continued, “As for TV, I am just watching Sabrina: The Teenage Witch that I bought on DVD.  I remember watching it as a kid, so I thought I would rekindle that memory.”

Dustin’s teachers have had the greatest influence on his desire to learn.  “They were always excited whenever I told them about what I was writing, which helped me continue my writing journey and my education.”

As for his experience with online learning?  “The thing I dislike about it is that I don’t get to socialize with my fellow peers like I do in the classroom.  Might be a good thing as I do get distracted easily, but still.  I also find I learn faster and quicker with the annoying part of waiting for a response from instructors as one would generally get an answer if in a classroom.  My instructors at Red Deer College were quick to respond to any of my email queries.  Online learning also teaches one to be organized, and it can be difficult when one has many other things going on in their lives, so it definitely tests a person.”

If he were the new president of AU, Dustin would be “the new Oprah of free tuition.”  He joked, “If only, I know.  I know.”  As for pet peeves?  “When my friends don’t respond to my texts within a week.  Once a month I usually send out check-in texts to my peeps to make sure they are doing okay in their lives.  I do get slightly annoyed when they don’t respond, but I do assume they are just busy bees.  Buzz!  Buzz, yo!”

If he could have lunch with a famous person, past or present, Dustin chose actor Chris Evans.  He explained, “I’ve had a crush on him since I was a teenager, and it made sense to me when I came out.  You know, he was the Human Torch in Fantastic Four, so I was definitely ‘flaming on.’ And that lunch would be, “Him, obviously.  Haha!  Just kidding.  I don’t know.  I really like food.  I am now contemplating what to have for food for the rest of the day.  I do love pizza, or sushi, or fresh baked cheese bread.  I don’t know why I’m craving that.  I do like cheese.  You know what, I’ll figure it out when that day comes.”

As for his proudest moment?  “Ooh! Definitely when I first got published.  I published two flash fiction stories in two anthologies.  That was a great achievement that I’m very proud of.  I can’t wait to get my first novel published.  To arms, pen and paper warriors!  Hoo ha!”

And the one thing that distinguishes him from other people?  “Apparently people know when I’m nearby with my laugh, especially in the library.  They will be like, ‘Oh, Dusty’s here.’  So, I guess being outgoing helps out in that area.  I have a very large family.  Like a good-sized army.  At my last reunion, there were over 300 relatives there, and one of my aunts told me, ‘Oh, Dusty.  That’s nothing.  One of our other reunions, we had over 800.’” 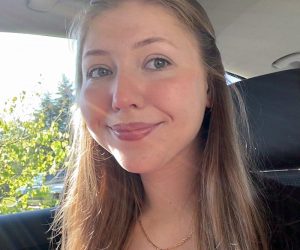