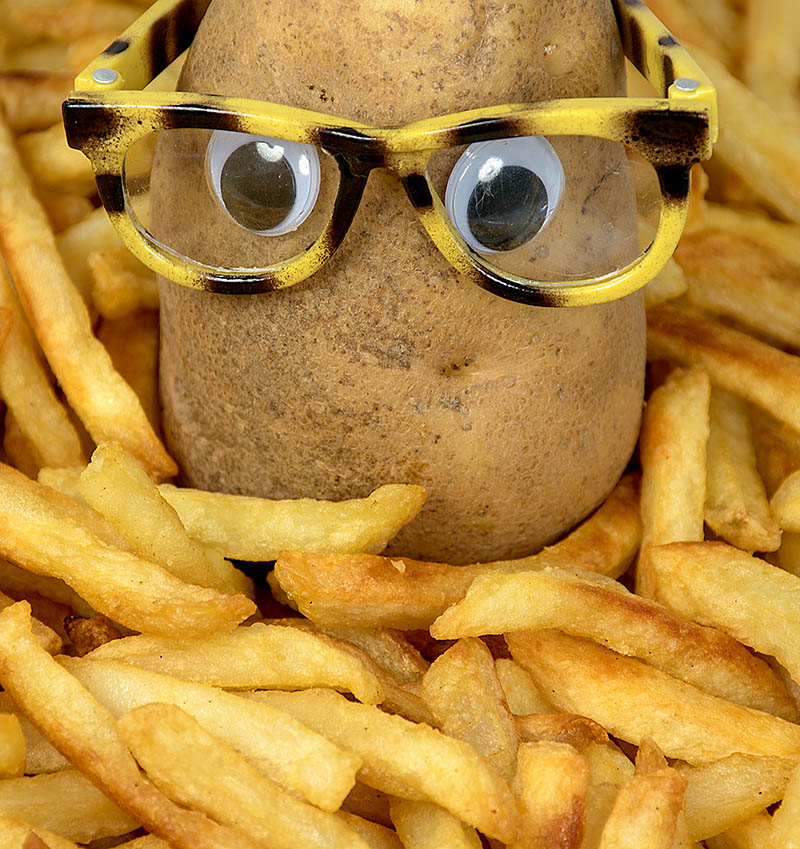 whole potato with eyeglasses and eyeballs in golden french fries

In my last article, we talked about four signs of an amateurish essay, noting that many grad students write poorly.  So how do we break this trend of writing below our ability?  Well, I’m no Edgar Allan Poe or Doctor Seuss, but I’ve studied the craft of writing and came across some helpful tricks.

With that said, here are five signs of an amateurish essay—and five easy fixes:

They read more like tongue twisters than prose.  To fix this, read your writing out loud to perfect its rhythm and flow.  Like an ebbing ocean or a moving symphony, writing should feel melodic.  After all, most people tend to vocalize text written, but in the form of thought and not spoken words.

I tend to put my writing through a free app called Narrator’s Voice.  Simply copy and paste your writing into the app.  The voice narration will help you isolate flow issues as well as grammar and punctuation flaws.

To fix this, condense the adjectives or adverbs and what they modify into a single, clever unit.  Author Helen Sword advocates for minimizing adjectives and adverbs—condensing them into a single word, wherever possible.  But try to ensure that single word has punch.

Sign #3: Amateur Essays Take the Easy Route: Write it and Leave it.

Instead, write it and love it by using a thesaurus.  Take the sentences that could use a jolt of life, pull out a thesaurus, and sprinkle in some synonyms.  Not cinnamon—synonyms.  Scrap the dull and add in the diva.

To correct this, read the classics—and copy the writing that resonates.  No, I don’t mean plagiarize.  I mean copy the sentences in your own handwriting and comment to yourself on what works well.  But find a writing sample with style you’d love to replicate.  I personally love the style within the book called Sea Biscuit.

But do put this exercise into practice.  Implementing ideas leads to the biggest gains.  Merely reading ideas doesn’t.  I once read a book where the author gave away all of his secrets for success.  He said he felt comfortable giving it all away because people are lazy.  In other words, he had no fear that someone might steal his ideas, knocking him out of the market, as implementing his ideas takes effort.  One day I’ll take my own advice and put effort into studying Sea Biscuit.

To fix this, change any cliché into something original, even simply altering one word for a surprising effect.  For instance, “The cat’s out of the bag” could become “The cat’s out of the bag of biggie fries.” Now that’s not just a spilled secret; it’s a high fat revelation.  Okay, so my cliché substitute didn’t work.  And I used a second cliché to round it off, which made it even worse.  If you can come up with an original fix for a cliché, please send it to The Voice.  The fry is the limit.

Better still, “the cat’s out of the bag” could become “the secret spilled like a conspicuous pile of lumber in the Arctic.” And “the sky is the limit” could become “the only limitations set are the ones we unwittingly place on ourselves.”

Now those are five ways to spot an amateurish essay and five fixes for a dandy grade.

The Study Dude—Five Signs of a Great Essay