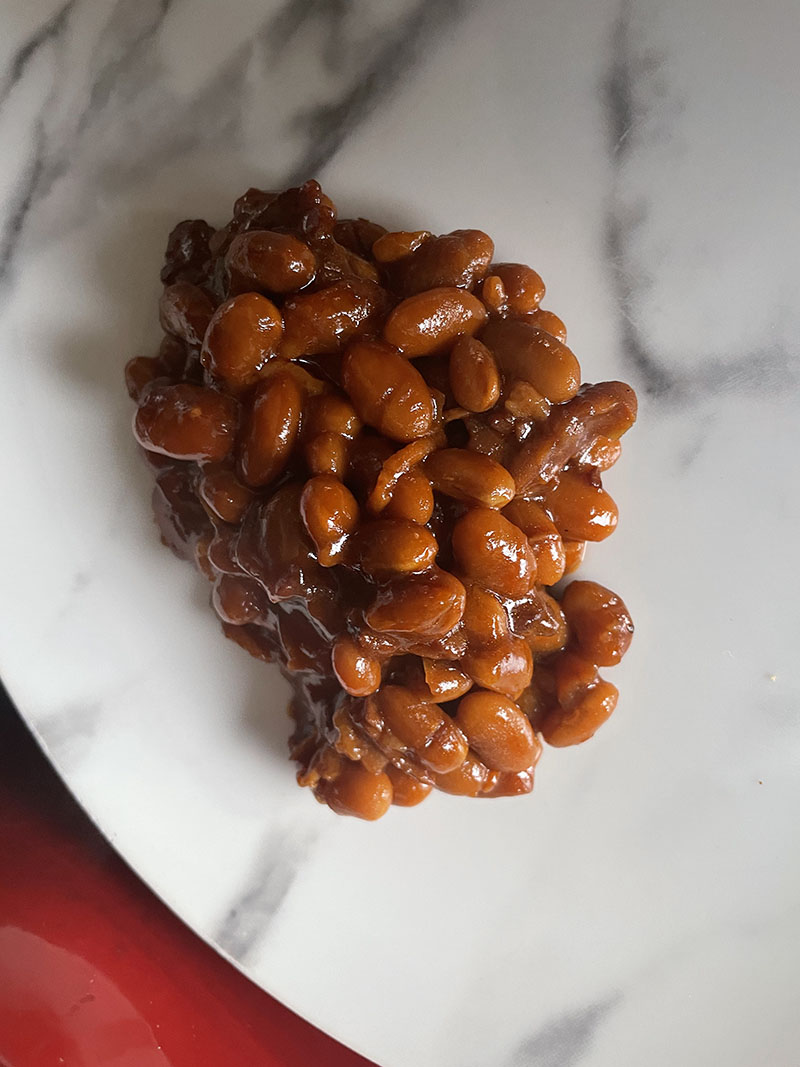 If you finished that sentence in your head, then you’re my kind of person!  I think I learned that song in scouting when I was a youth.  Baked beans make a great addition to a meal on a cold wintery day, when you’re BBQing,  or when you are camping!  Baked beans have an interesting history, but they are also packed with great nutrition (well, the beans are, maybe not the sugary sauce). 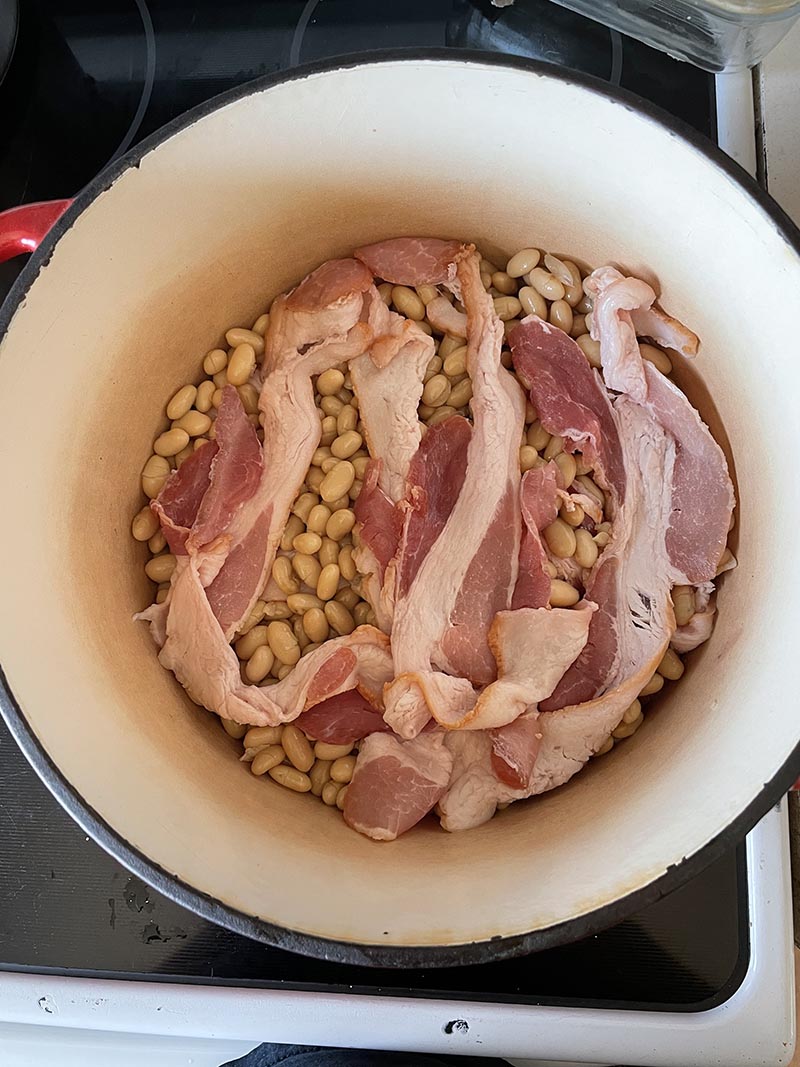 Our First Nations peoples were the first to make baked beans.  That’s right, North American First Nations people created this dish.  According to my quick search of Wikipedia, our First Nations people used beans that were indigenous to the area, which, lucky for us, was the navy bean.  Baked beans as we know them were made from maple syrup and elk or bear for a meat.  When the English colonists started to settle in the area, they added this dish to their repertoire but made a few changes.  Instead of maple syrup they started to use brown sugar and pork salt, this changed as England started to increase taxes on sugar imports.  Wanting to avoid the taxes, New Englander’s switched to using molasses that they had been manufacturing.

Probably the most famous baked bean dish is Boston baked beans, which this recipe would count as a variation of.  For your dish to be considered Boston baked you need to have two major ingredients after the beans: bacon or salt pork and molasses.  However, baked beans can be made with a variety of other ingredients.  If you visit the baked bean isle at your local grocery store, you’ll notice a variety including beans in tomato sauce, pork and beans, beans with maple syrup, and I could go on.  You can thank H.J. Heinz for this plethora of choice.  Mr.  Heinz is credited with the mass production of beans, and other items, around 1895.  And 126 years later you can choose multiple flavors and brands. 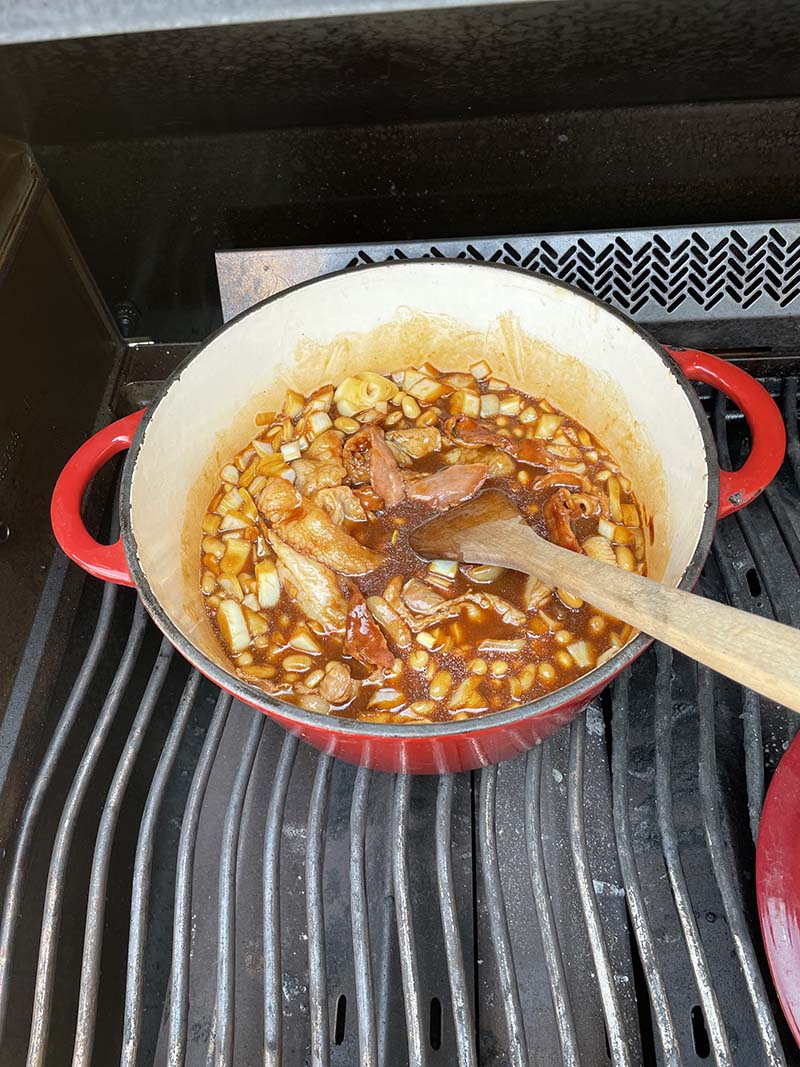 Anyone in UK might be surprised to learn that a staple breakfast option there started here in North America.  The truth is, North American baked beans as made by the settlers were likely adjusted to use a cassoulet recipe, which some have argued could be the origins of baked beans.  However, most of my googling taught me that the beans in France, where cassoulet originated, are from south America and were imported in the 1500’s.  North American baked beans generally use navy beans, but you could use Jacob’s cattle, yellow-eyed, or soldier beans if you can find them.  Navy beans are plentiful enough and cheap, so there isn’t a large reason to use other beans other than for the sake of variety.

I hope you enjoy this dish and check out my Instagram feed, “Homemade_is_better_yeg” and I’m on Facebook too, at Homemade is better yeg. 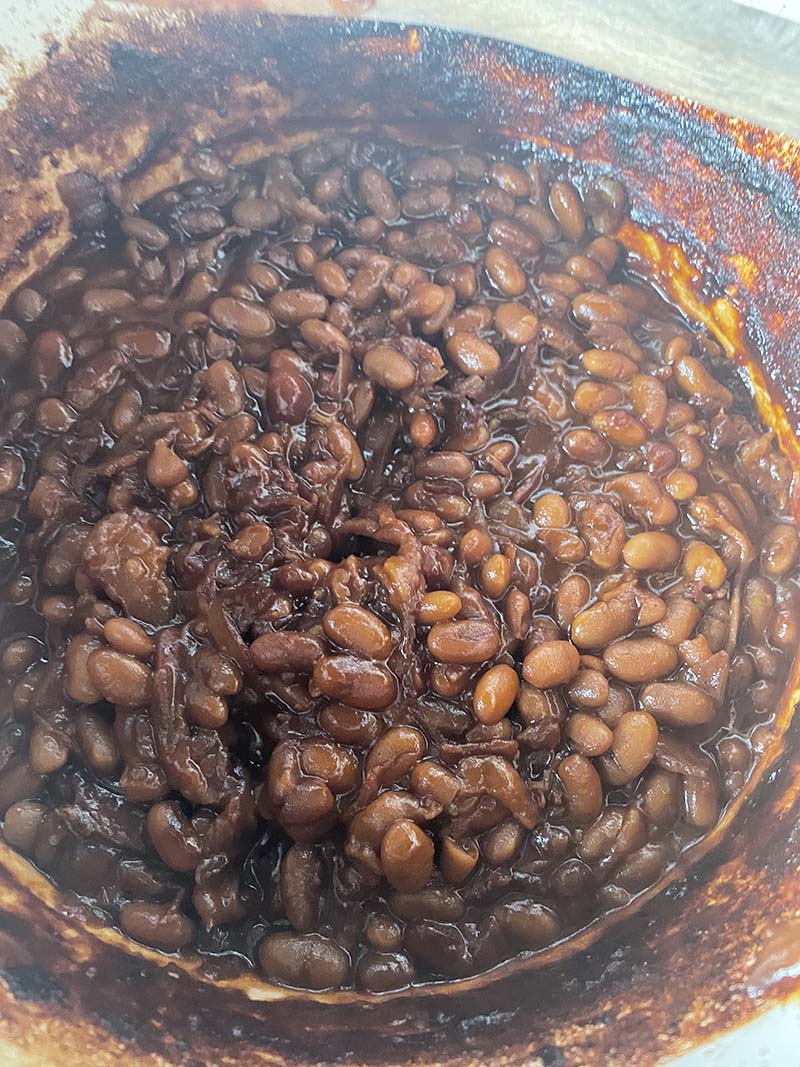 The Good Life – Bring on the Feast