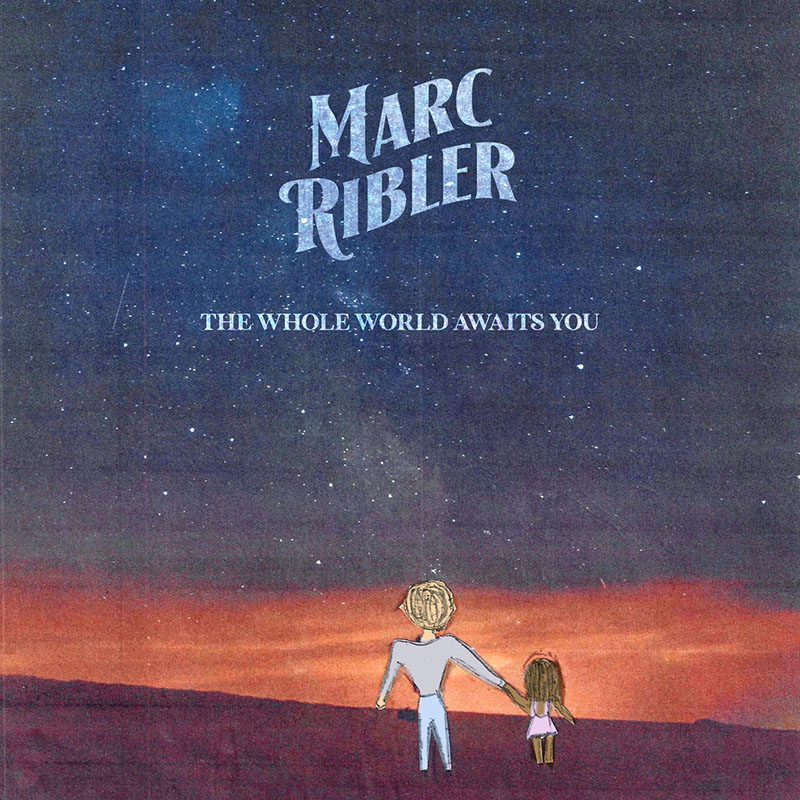 Marc Ribler, self-proclaimed singer-songwriter-musician-producer-director, has just dropped his new solo LP, The Whole World Awaits You, via Wicked Cool Records.  Ribler is a seasoned musician, performing in dive bars since he was fourteen.  Prior to his role as musical director and guitarist for Little Steven & The Disciples Of Soul over the past five years, Marc served in the same capacity for Darlene Love and long-time Rolling Stones backing vocalist, Bernard Fowler.  He has performed with rock and soul royalty such as Paul McCartney, Bruce Springsteen, Carole King, Elvis Costello, and Bettye Lavette.

As society prepares to re-emerge from the suspended animation of the past year, thoughts of the simple pleasures we’ve missed help motivate many of us.  While mostly written and recorded before the pandemic, it’s that type of hopefulness for brighter days ahead which informs The Whole World Awaits You.  “I started to feel that the world was not coming to an end, more that it was just a major healing crisis,” says Ribler of the early quarantine era in spring 2020.

The Whole World Awaits You consists of twelve tracks: “The Whole World Awaits You”, “I’m Comin’ Around”, “The Only Truth”, “War on Peace”, “Shattered”, “Fly Away”, “Manzanillo”, “Torn Apart”, “Without You”, “Who Could Ask for Anything More”, “History”, and “This is How the Song Goes”.  The whole album has a very 70’s, heartbreak rock ‘n’ roll vibe, but some songs have slight variations that display Ribler’s wide range as an artist.  “Manzanillo” is a Latin-inspired song, which gives the middle of The Whole World Awaits You a color and texture very different from the rest of the album; while “I’m Comin’ Around” feels a little bit country.  “This is How the Song Goes”, Ribler’s favourite song from the album, was written in the wee hours after a day of work spent scoring an independent film.  Some subtle but haunting psychedelic touches give the final recording a late ’90s alt-songwriter feel, not unlike peak period Elliott Smith or Brendan Benson.

Overall, I loved the album.  Marc Ribler reminds me of the artists I would listen to with my dad as a kid—and I mean that in the best way possible.  Ribler is clearly an incredibly talented, versatile, and seasoned musician.  If you’ve read any of my music reviews thus far, you know I love an album that is varied just enough to give my ears a break from the noisiness of traditional rock, and The World Awaits You does just that, while providing hopeful, heartfelt, spill-your-guts lyrics to belt out along with it.  “Shattered” is my personal favourite; “tell me that you mean it, with all those sugar-coated lies, and tempt me baby, tempt me baby, tempt me with your eyes”.  Chills.