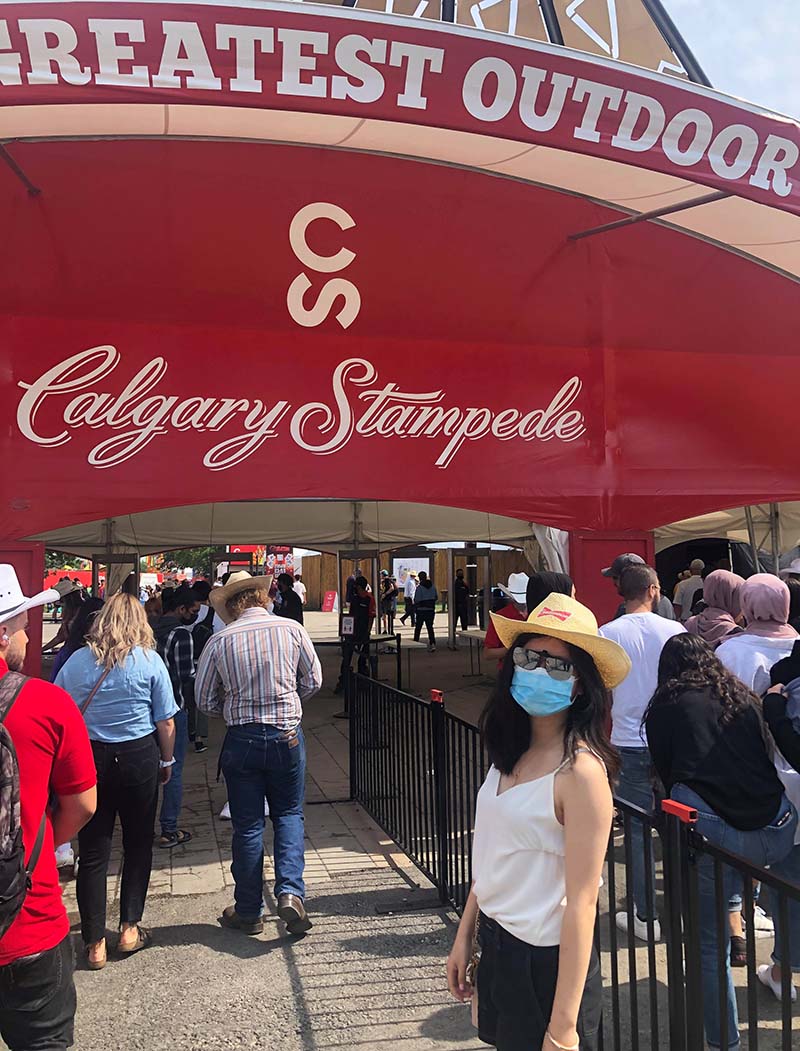 Last week I had the opportunity to attend Calgary Stampede, a summer festival that has been the heart and soul of Calgary, Alberta, for decades, with history that dates back to the 1920s.  While many summer festivals offer similar experiences with rides, games, and an assortment of fried and sweet goodies, the Calgary Stampede boasts a Western rodeo theme that is unique to the city.  This was my first Stampede experience and completely blew my mind in terms of the atmosphere.  With the lifting of some pandemic restrictions, this year’s Stampede also celebrates a reunion of people coming out of the quarantine.

My first impression of the Stampede was at the fireworks on the first day of the Stampede.  My friends and I found a spot at a park directly across from the city’s skyline.  The fireworks were set off at the Stampede grounds near the Saddledome—a  large indoor arena in the shape of a—you guessed it—saddle!  It was the first time that I’ve seen so many people out in the open with their families and friends reclined in lawn chairs.  The experience was quite emotional as it signaled an end to a year-and-a-half long quarantine. 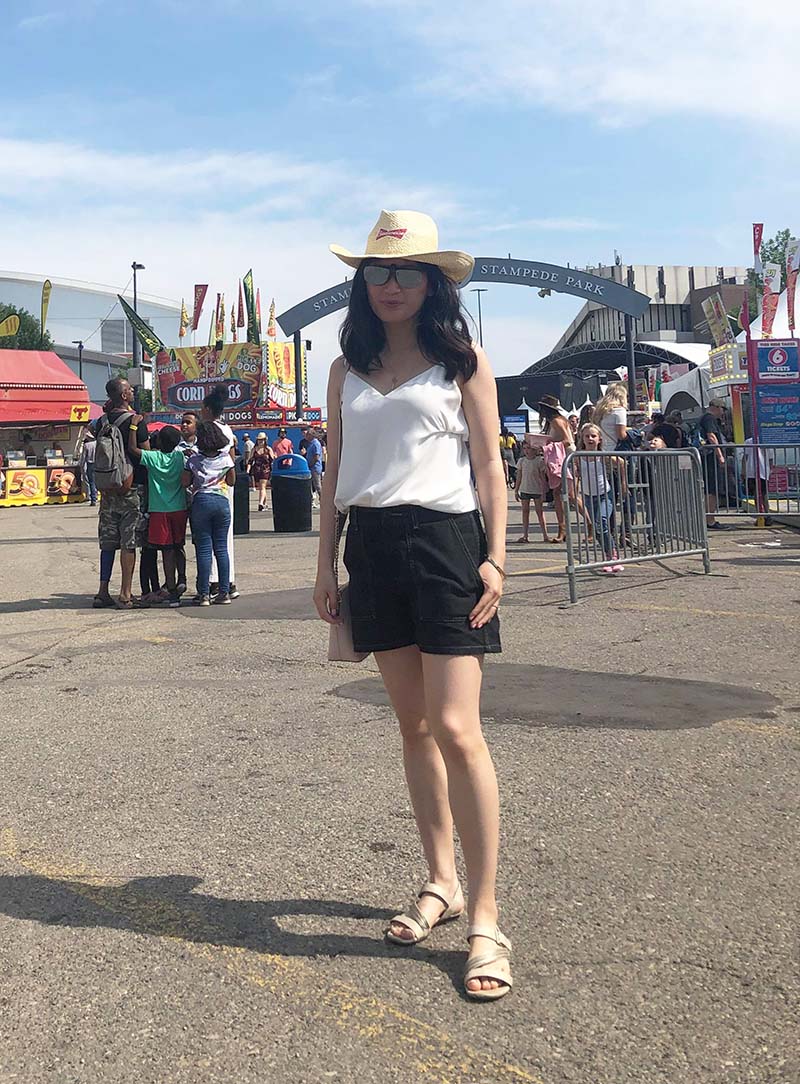 The following day I arrived at the Stampede grounds in the 31 degree heat.  There were a number of games I had set my eyes on.  One of which was the basketball shootout.  For $20 there were 5 shots at a chance to win a large stuffed animal.  Sadly, after a year of not shooting any shots, this was a difficult endeavor, and I wasn’t able to do it.  Another game I had been eyeing involved looping a hoop through a moving screw.  The screw had many twists and turns that made it difficult to reach the other side without touching the sides.  This one was also a challenging task and, ultimately, I was unsuccessful here as well. 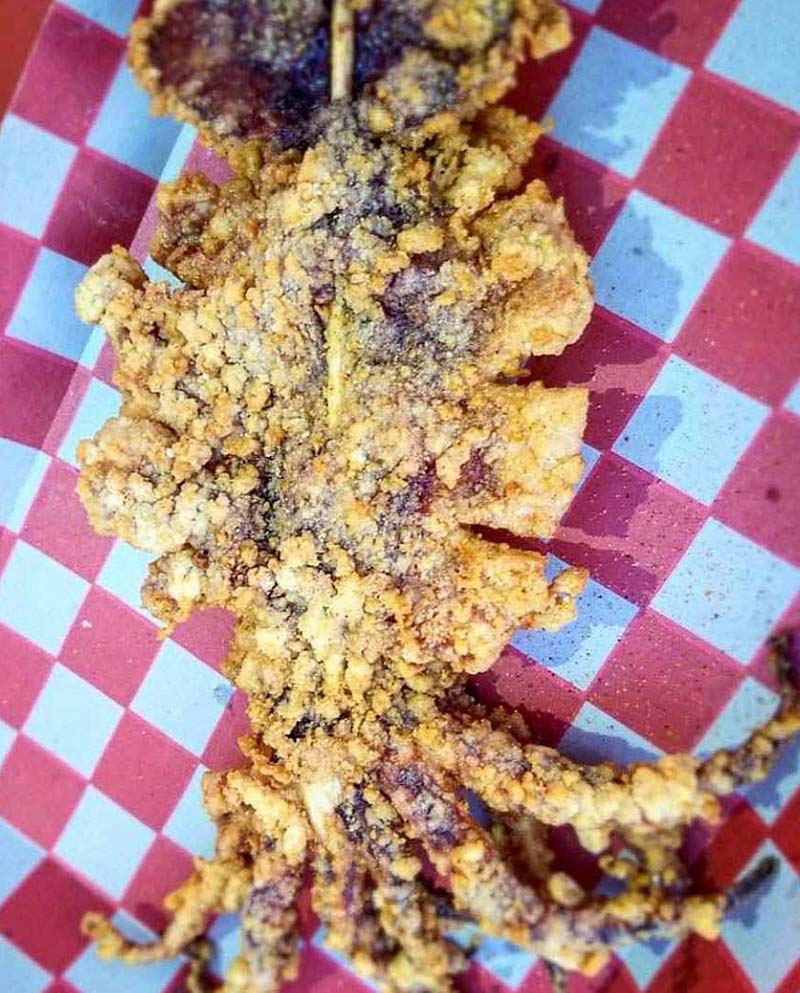 Besides carnival games, there were a variety of rides for thrill-seekers.  Despite my initial interest in some of these, I was unable to conquer my fear of heights and instead decided on trying some Stampede food instead.  I opted for a giant, full-sized, deep-fried squid—on a stick.  The breading was perfectly crisp and seasoned and satisfied my craving for crispy foods right when I needed it. 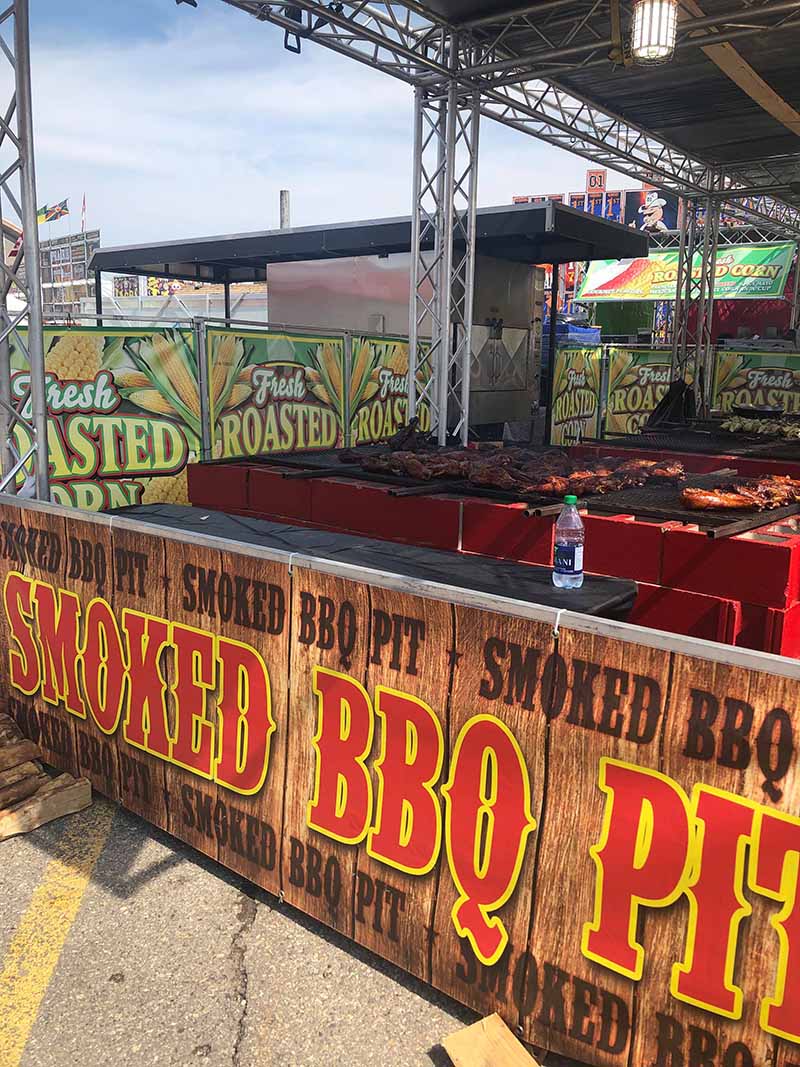 Finally, I had the chance to watch a standing band play on the stampede grounds with dancers in fantastic costumes that reminded me of Cirque Du Soleil, the Montreal-based street performance.  I was thoroughly impressed that everyone was in their full costumes in the summer heat.

Ultimately, if you’re visiting Calgary, the Stampede is a must-see summer event that’s fantastic for friends and family.  I strongly recommend to look through the activities and shows beforehand and attend those that catch your eye.  Because each event has a cost associated, the fees an add up quickly so pick and choose your favorites for an optimal experience.